Flobots Go to War With Vlogger Logan Paul Over "No Handlebars" 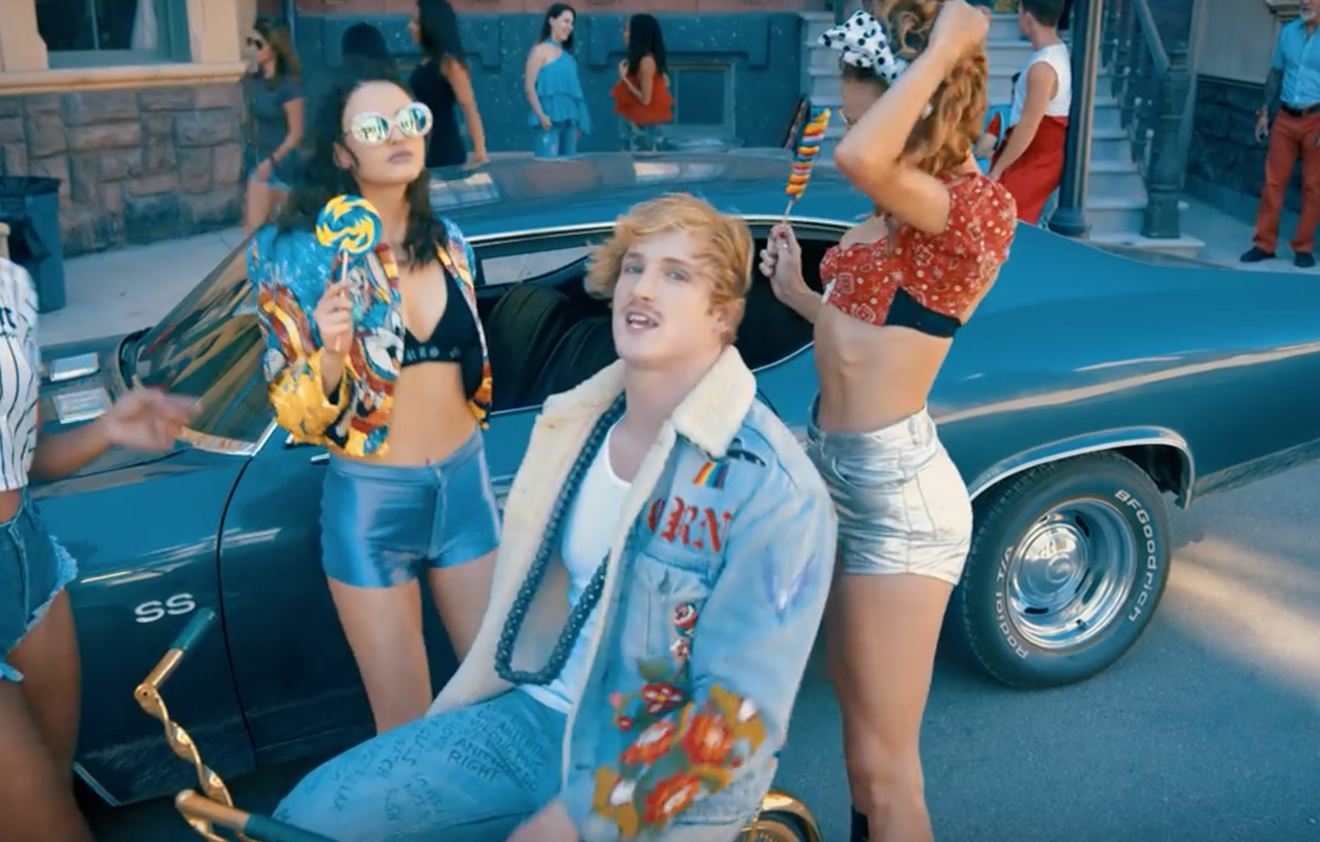 A scene from Logan Paul's ripoff of the Flobots' "No Handlebars." Logan Paul

"No Handlebars," Vine and YouTube sensation Logan Paul's rip-off of the Flobots' 2005 banger "Handlebars," went viral after it was posted on November 23, getting more than 25 million views since.

The Flobots' Jamie Laurie, who MCs under the name Jonny5, was miffed when he first saw the video, shortly after returning to the United States from a tour in Japan. Paul's video uses the Flobots' music to objectify women; it involves the 22-year-old star "riding" women with "no handlebars." To see his song, which is about empowering people to do-it-yourself, used to degrade women disgusted Laurie, especially because the video was released during the #MeToo movement.

After mulling over how to respond, the Flobots decided to strike back in an online video titled "Handle Your Bars." Laurie, who has long devoted himself to crafting positive lyrics and building community, takes off his gloves and strikes hard, slamming Paul for being immature, sexist, predictable and just plain unfunny. The emcee, who studied pacifism under civil rights-era activist Vincent Harding, knows how to brawl — and pissed off, he's at his lyrical best.

"We don't usually go after specific people," Laurie says. "This is the language of the YouTubers. All of them battle each other all of the time; this is their language. I'll bet a lot of his fans didn't know we speak this language, that we're somewhat out of touch. No. We can speak this language all day."

See Paul's video here, and watch the Flobots' response in its entirety below.


Regarding Paul, Laurie says, "A, you're stepping into the hip-hop arena, and B, this is the message you're bringing in the middle of the #MeToo moment? Obviously we have to respond to that."

Laurie says Paul is the face of "douchebag entitlement." Paul did not respond to requests to comment for this story.

When asked whether the Flobots will take legal action, Laurie has no comment at this time.

Does Laurie hope Paul strikes back? Not necessarily.

Ultimately, the MC says: "I'd like him to take a little responsibility and use his platform to have a positive impact on things."