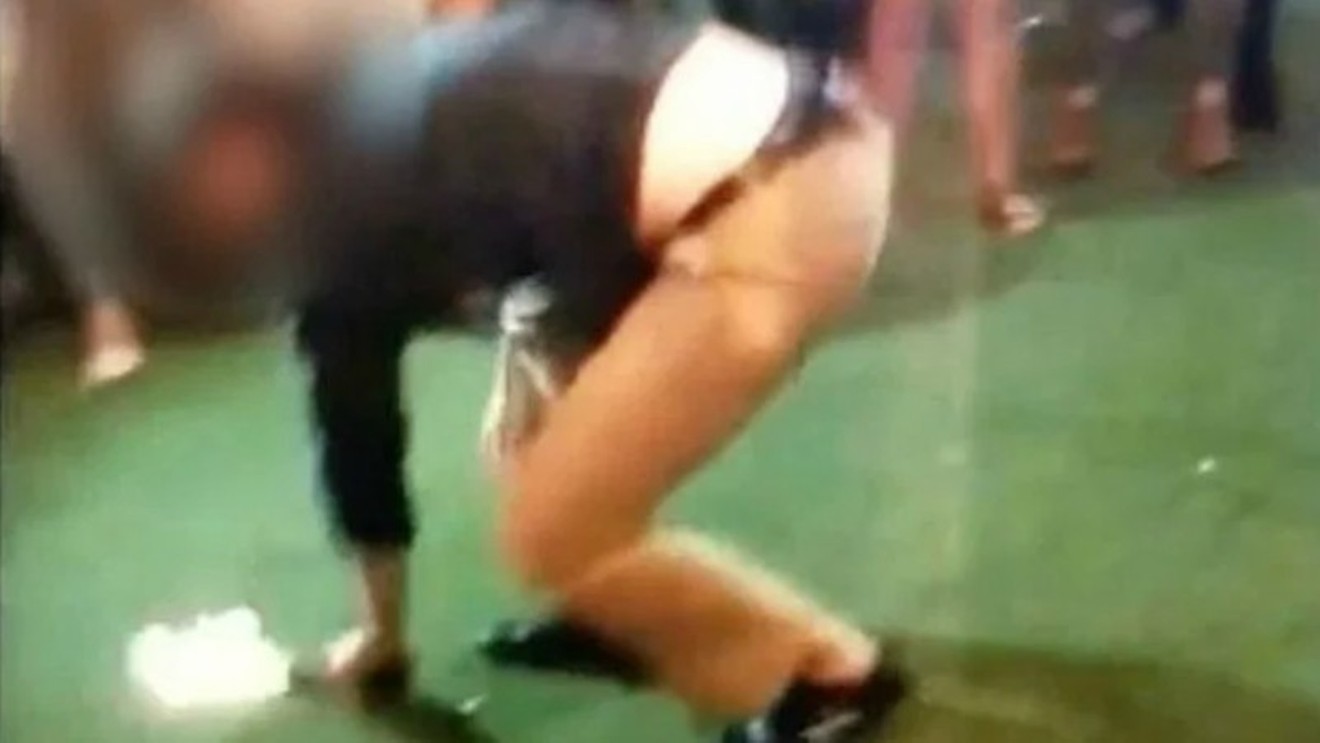 First, find an FBI agent capable of doing a backflip — and make sure he's armed.

Then put him in the middle of the dance floor at a hip watering hole — like, say, Mile High Spirits Distillery in Denver's Ballpark neighborhood — and make sure cell phones are recording when he busts his move.

And accidentally busts a cap into an innocent bystander.

The incident took place at approximately 12:45 a.m. on Saturday, June 2, and by the next day,  the social-media explosion that accompanied the clip had spread to the mainstream news media nationwide.

As evidence, eyeball this ABC News report, tagged "Danger on the Dance Floor."


The story is continuing to spread today. But as amusing as it is to watch network anchors grapple with this material, the reactions of Twitter users are even more interesting.

Plenty of commenters have offered takes that are all in fun. But lots of others are using the opportunity to equate the episode to matters of serious debate, including firearms safety and the idea of arming teachers in classrooms.

Nicely played, Twitter. Count down our twenty most memorable tweets about the thus-far-unnamed agent's (almost) lethal choreography below.

That FBI agent who dropped his gun doing while dancing in a nightclub should've learned from the incomparable Andrew Bains Bernard that dancing in a circle is never the time to try something new. It only leads to pain. pic.twitter.com/SUgkAnV0pN

@FBIAgentsAssoc defended themselves against Trump & America as professionals. Ummmm....when do y'all start dancing lessons? Is @FBIDenver first?

If discharging your firearm while doing a back flip wasn't apart of @FBI field training before, it sure will be from now on #FBI #Denver

Damn, @FBIDenver has hired retards, and proved it last night. Unlike his gun, he should be Fired on purpose

Shitstick didn’t even gonlook for the guy who was shot! In the military, you lose your right to carry a weapon for doing stupid shit like that. @FBI @FBIDenver

Would his face be obscured if instead of an @FBIDenver agent this had been a Black kid dropping a gun during a backflip in a club?

And this fool cannot dance for shit AND he's drunk with a gun!

Teachers dance and act dramatically, and with their students every day!

A video of an FBI agent dancing, his gun falling to the ground and discharging to hit a bystander.

Here is the danger of arming teachers (if you multiple this one agent by about 3.6 million US teachers). https://t.co/MOkfGBWepY