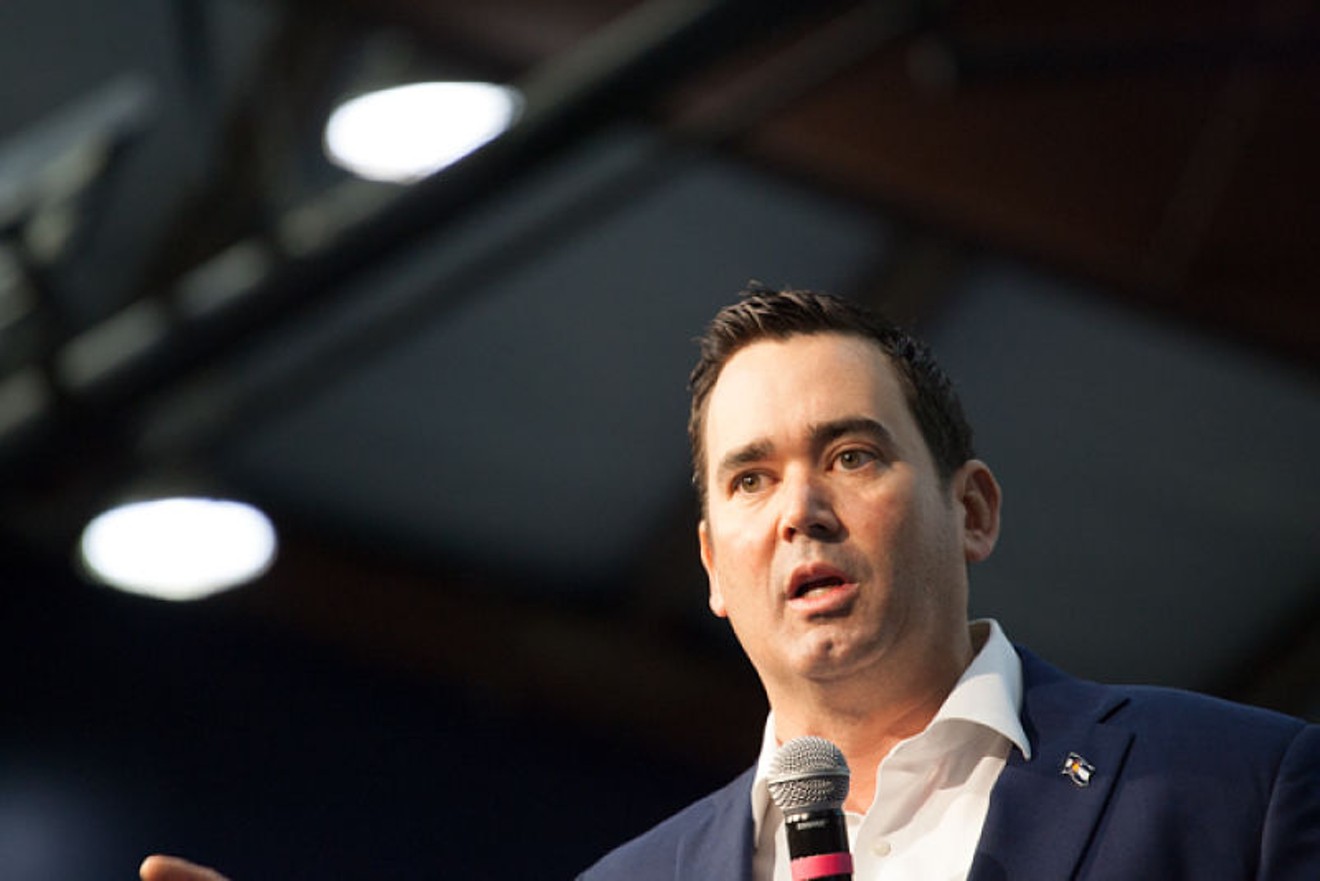 John Herrick for the Colorado Independent
House Democrats on the Colorado Legislature's Capital Development Committee have called out State Treasurer (and Republican gubernatorial candidate) Walker Stapleton for delaying the issuance of nearly $120 million for high-priority capital construction and maintenance projects.

In a July 18 letter to Stapleton, representatives Daneya Esgar and Chris Hansen say that the delays not only put Coloradans at physical risk, but make the projects more expensive as the cost of construction materials continues to rise and interests rates in the bond markets go up. High-priority projects include critical repairs to roofs, HVAC systems and security at mental health facilities across the state, cooling-system repairs at six warehouses for the Department of Corrections, and flood mitigation at one site for the Department of Military and Veterans Affairs. Their letter also charges that Stapleton was ideologically motivated to delay the projects.

"At first it wasn't such a big alarm of concern until we realized the fiscal impact this could have on the State of Colorado," says Esgar, a Pueblo Democrat and vice chairwoman of the committee. It was only after she spoke to the president of Pueblo Community College, which has a project on the list, that Esgar realized the financial implications of the delay. "If we wait...the cost will double because the cost of construction and labor are going up. And that's just one project," she notes. "Because the treasurer is the one who has the authority right now to issue the bonds and he is sitting back and waiting to do that, he's causing these programs to be more expensive."

At a press conference on July 19 at the Colorado Farm Bureau headquarters in Centennial, where Stapleton was discussing the impacts of President Donald Trump's tariffs on Colorado's agricultural exports after a private roundtable, reporters asked the state treasurer about the letter and capital construction delays. Stapleton called Democratic accusations that his delay issuing bonds was ideologically motivated a "fabricated political stunt" and a "perfect example of why people lose faith in government." Stapleton says the delay is justified because of pending litigation that could determine the fate of the capital construction funds. Not only is the outcome of the lawsuit unknown, but it has made investors in the bond markets antsy, he adds.

"My paramount concern as the treasurer of Colorado is to make sure we're not issuing bonds when there is economic uncertainty. Anybody in the capital markets can tell you that from an investment standpoint, when you're issuing bonds and those bonds are being impacted by pending litigation, which we had nothing to do with, it makes investors skiddish," Stapleton says. "I'm not going to issue bonds when it could negatively impact the credit of Colorado based on hair around the deal resulting from the lawsuit. It would be fiscally irresponsible for me to do so."

The Colorado Legislature doubled down on its position that the hospital provider fee is really a fee last year, when SB 267 exempted revenue generated by the fee from the constitutional tax revenue limit; the bill was hailed as the crowning legislative achievement of the 2017 session.

By exempting the fee and creating a separate account for it, in these boom times Colorado can collect more taxes before it hits the constitutional-tax ceiling. (When that ceiling is reached, residents are eligible for a refund check from the state.) This year, the legislature used the extra room in the budget to allocate up to $1.8 billion for roads and capital projects, including $120 million for high-priority construction and maintenance.

"The [Colorado] General Assembly and the governor provided clear authority and direction to fund these vital projects, and no injunction has been granted that would prevent the [bonds] from moving forward,so your office should not delay the issuance of funding based on ideology or this pending lawsuit any further," Esgar and Hansen said in their joint letter to Stapleton.

"The statute calls for the bonds to be issued within the fiscal year. We're going to issue those bonds in September, which is well ahead of schedule," Stapleton says. The lawsuit he cites as reason for the delay, however, does not to go trial until late October.

Capital construction projects are not the only things that Stapleton is delaying with his lawsuit excuse. Bonds to fund the I-25 Gap project between Castle Rock and Colorado Springs were put on hold for the same reason, which has created anxiety for CDOT officials and county commissioners.
KEEP WESTWORD FREE... Since we started Westword, it has been defined as the free, independent voice of Denver, and we'd like to keep it that way. With local media under siege, it's more important than ever for us to rally support behind funding our local journalism. You can help by participating in our "I Support" program, allowing us to keep offering readers access to our incisive coverage of local news, food and culture with no paywalls.
Make a one-time donation today for as little as $1.