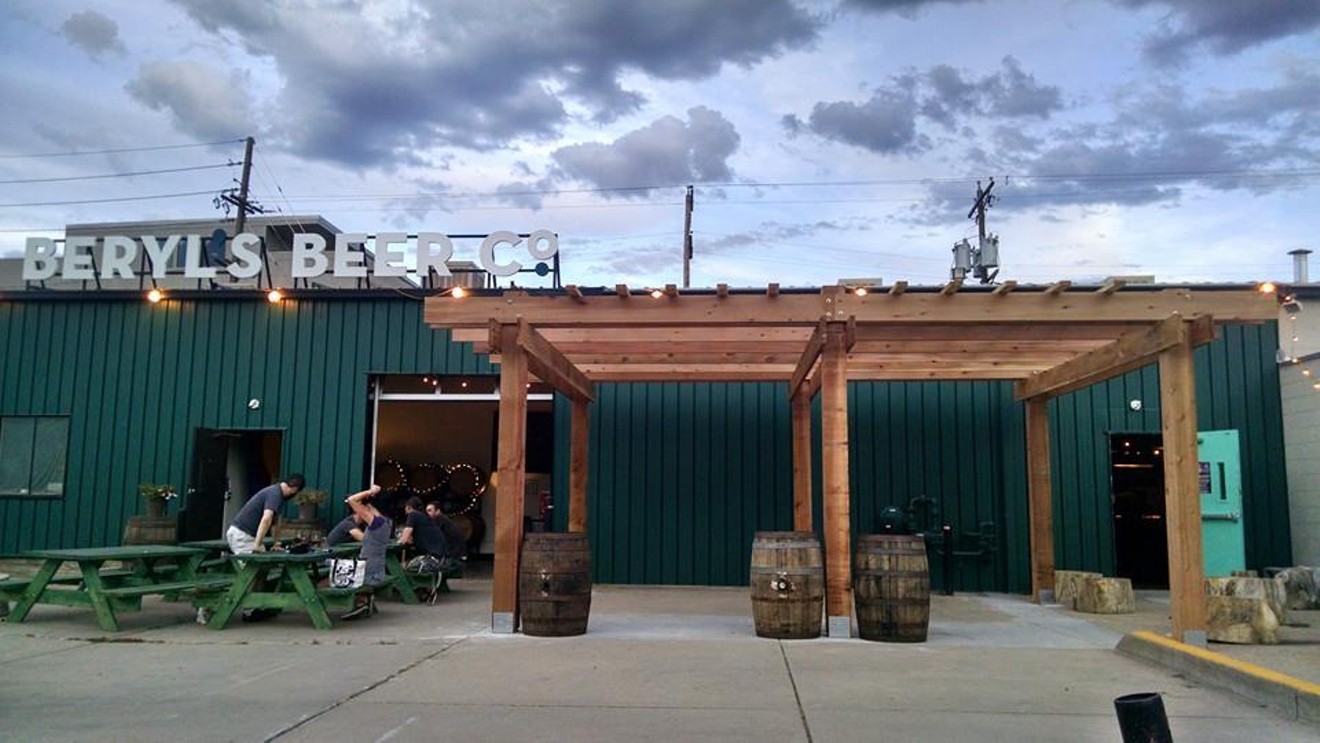 Beryl's Beer Facebook page
River North has claimed another brewery victim. Calvin Beasley and Beth Murray, who opened Beryl's Beer Company in 2014, are trying to sell the business by the end of April (note: this story previously said "the end of March"); they are offering it for $195,000 through Sanborn and Company. It's the third brewery in the neighborhood that has faced problems related to RiNo's growth.

Beryl's, at 3120 Blake Street, totals 3,200 square feet for the seven-barrel brewhouse and a taproom seating about fifty to sixty people, as well as a patio; there is also a second 3,800-square-foot area for overflow, barrel storage and events.

If Beasley and Murray can't find a buyer, the brewery's assets will be transferred to their landlord, Trent Carlyle, who plans to keep the brewery open while he continues the search for another operator to lease it.

"It's a bummer," Carlyle says. "They are great people and they do a good job." Unfortunately, they faced a lot of competition, not to mention endless construction in the neighborhood that made it hard to get to the brewery. As a result, "they just weren't seeing growth at the speed with which they wanted."

Beryl's Beer Co
Carlyle hopes to find an existing brewery that would like a second location and is already talking with some interested parties. The space is turnkey and primed for someone with "an existing brand and some industry know-how," he says, adding that the location and the neighborhood remain perfect for breweries. Carlyle and his business partner have posted details about the space at turnkeydenverbrewery.com.

Last July, Zephyr Brewing closed its garden-level space at the corner of 26th and Walnut streets, and later reopened at 58th Avenue and Franklin Street in north Denver. Co-owner Brian Wood blamed the high cost of doing business. "With rising rent rates in RiNo built into our current lease, as well as projected rates at the end of our lease, as well as the continued influx of big beer into the neighborhood, we felt it was in our best long-term interest to relocate sooner rather than later," he said then.

There are currently nine breweries in the River North Arts District, including Beryl's, along with several wineries and cider makers. Four more breweries are slated to open in the district in 2018.

One of those is River North Brewery, which was ejected by its landlord at 2401 Blake Street in 2015; the building was sold to a luxury apartment builder. River North relocated to North Washington Street but is planning to return this River North this summer with a new brewery and taproom at 3400 Blake Street.