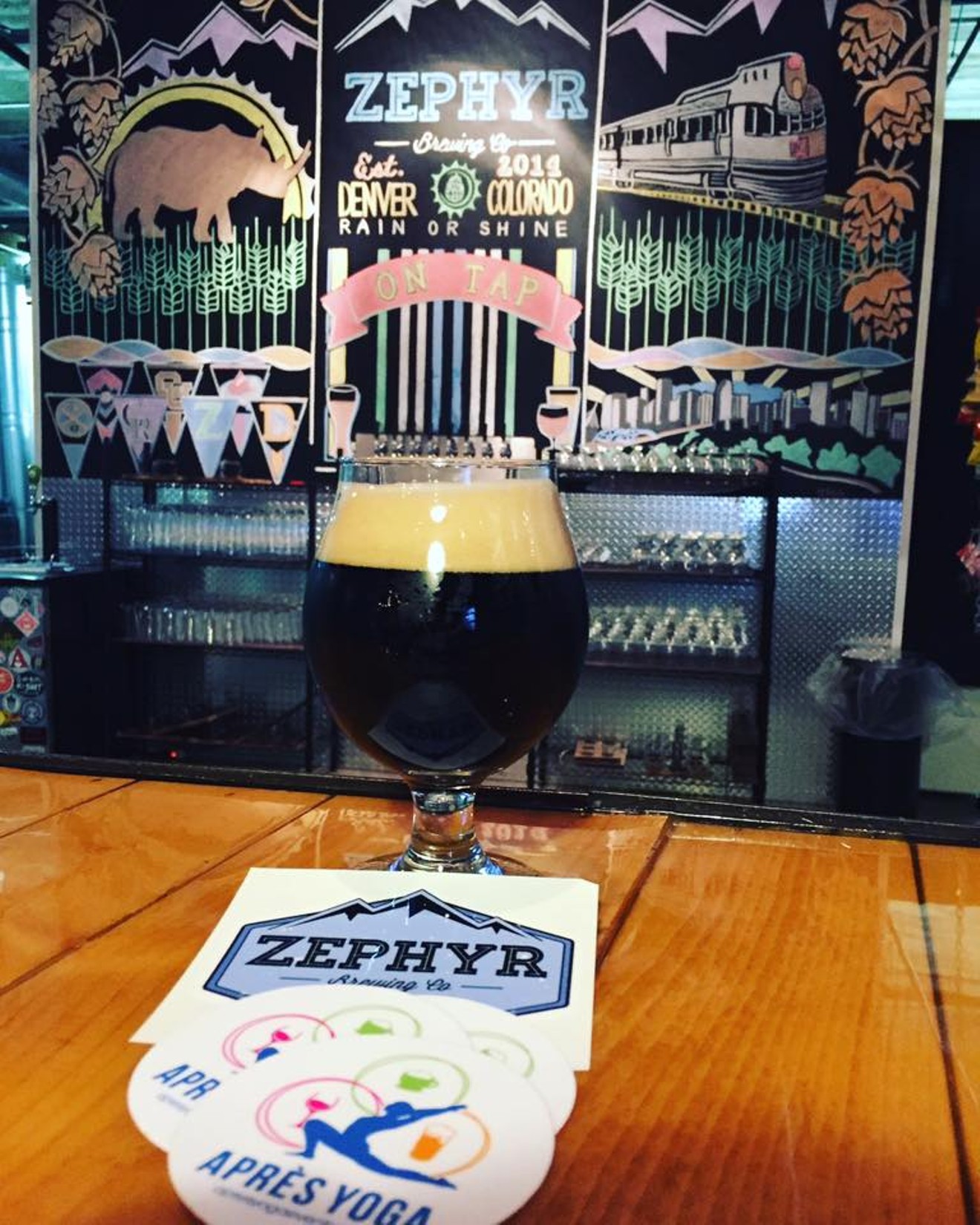 Zephyr Brewing will close its garden-level space at the corner of 26th and Walnut streets later this month to open a production space in north Denver, where it plans to expand production and begin packaging beer. Although co-owner Brian Wood says he isn't sure when the brewery's last day in the River North neighborhood will be, Zephyr will host a moving party on Saturday, July 8, with live music, merchandise giveaways and $2 off all drafts from noon to 7 p.m.

The new spot, at 58th Avenue and Franklin Street, is next door to Inland Island Yeast, a local company that grows and supplies yeast strains to dozens of Colorado breweries, including Zephyr.

"This facility will provide the space and logistics needed to expand production and introduce a bottling/canning line. There will also be a small taproom at this location," says brewery co-owner Brian Wood, adding that Zephyr will continue to make beer on its custom-built seven-barrel brewing system. "We hope to have less than a month of downtime between the closing of our RiNo location and the opening of the production facility."

Zephyr would like to open "a secondary taproom location" in the Denver metro area sometime this fall, but Wood says he can't release any more details while lease negotiations are ongoing.

The brewery is the second to leave the River North Arts District in the face of rising rents and soaring developments. River North Brewery, which opened in 2012, was forced out in 2015 when its building was demolished to make way for a luxury condo development. River North relocated to 6021 Washington Street, just a few blocks from where Zephyr is going, where it opened a production facility and taproom. But last month, the brewery announced that it had found a new spot in its namesake neighborhood, at 3400 Blake Street. 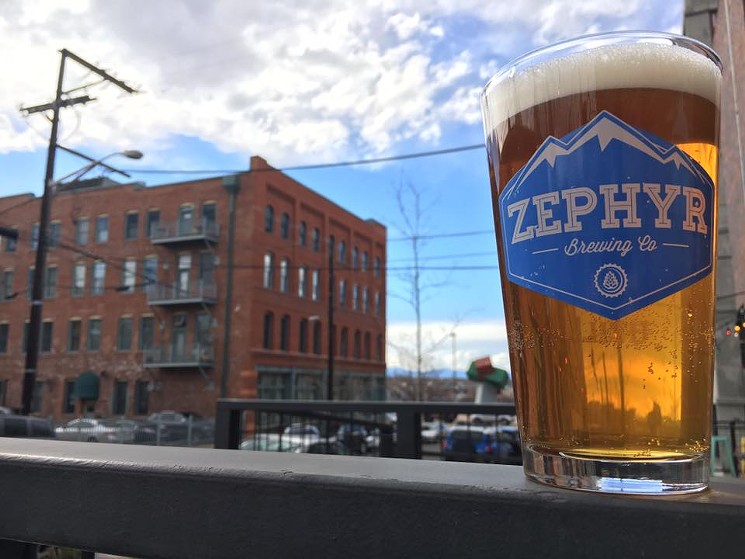 Zephyr
Although Wood says Zephyr's heart will always be in RiNo, where it opened in December 2014, the high cost of doing business there has forced him to leave. "With rising rent rates in RiNo, built into our current lease as well as projected rates at the end of our lease, as well as the continued influx of big beer into the neighborhood, we felt it was in our best long-term interest to relocate sooner rather than later," he says. "In addition, the current space doesn't have room for more equipment or a packaging line, so a move was required in order to expand."

The "big beer" he mentions refers to the openings of the Coors-owned Blue Moon Brewery at 3750 Chestnut Street in July 2016 and 10 Barrel Brewing, part of Anheuser Busch InBev, at 2620 Walnut Street last October.

But craft brewers also continue to gravitate toward RiNo. In addition to the two corporate-owned breweries, there are nine independent craft breweries with taprooms in RiNo — which includes parts of several Denver neighborhoods — and one that is just open for can sales. And there are more on the way: Great Divide operates a taproom and packaging facility in RiNo, and has plans to open a new brewery there in the future. New Belgium Brewing and Odell Brewing — the largest- and third-largest craft brewers in Colorado, respectively — are also opening new locations.

Zephyr, named for the former Denver Zephyrs Minor League Baseball team, was founded by Wood and Rich Wisniewski, who opened the brewery in December 2014 in the building that now also houses Osaka Ramen and Biju's Little Curry Shop.