Bart Schaneman: Home, Destiny, Vocation in The Silence Is the Noise

Bart Schaneman will read at Trident Bookseller and Cafe in Boulder on October 13. Matthew Staver
Bart Schaneman is a Denver writer with a novel set in Nebraska, which is being published out of Boulder. So, yes: regional cred. But his new book, The Silence Is the Noise, addresses more universal themes. Sure, it uses the local hot-button issue of fracking as one of its through-stories, but this is really a book about coming home again — something that we all do, or want to do, or dread doing. Or, you know, all of the above.

We sat down with Schaneman ahead of the launch of The Silence Is the Noise at Trident Booksellers and Cafe in Boulder, which also served as the press that published the book. Schaneman says that if he had to describe the book in a nutshell, he’d use these three words: home, destiny, vocation. We talked about all three of those elements, as well as the wide, ever-changing world of publishing.

Westword: You're reading from your new book, The Silence Is the Noise, at Boulder's Trident Booksellers October 13. What do you look forward to most in presenting at Trident?

Schaneman: I love that bookstore. A while back I did a reading there with writer Noah Cicero and poet Ella Longpre, and the place was packed. Trident’s publisher, Nate Perkins, has built a strong following by showing good taste in the indie literature he sells and the authors he invites to read at the store. It’s Colorado’s Shakespeare and Co.

I’m also really excited to hear the other readers. Court Merrigan writes country noir about as well as anyone, and Mairead Case is a brilliant, incredible writer. I’m lucky to be sharing the bill with both of them.

The book is set in Nebraska; you grew up there, though you now live and write in Denver. How did your childhood in Nebraska inform this book?

I know Nebraska better than anywhere else I’ve ever lived. I’m drawn to writing with a strong sense of place, and that’s what I try to achieve with all of my fiction. To create a world that’s believable, that shows the writer has an authoritative understanding of the flora and the fauna, the climate, and how it all shapes the characters in the story. That comes from my upbringing. When you’re raised on a farm, you learn that the weather and the weeds and the insects can have a large influence on the success or failure of your livelihood. It forces you to pay attention to the world you live in and how that world can affect your life. 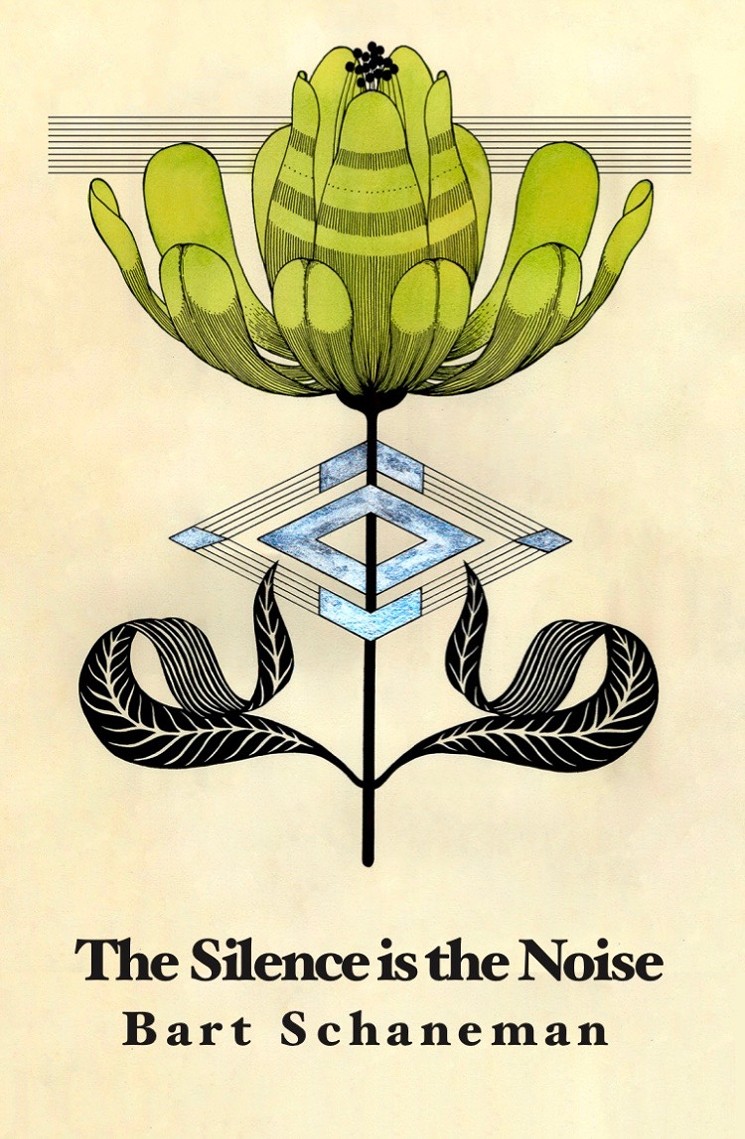 Trident
The book is about fracking, but also about coming home again. How do those two themes intersect for you?

In the story, you have the main character, who has returned to his rural home town from living in cities and is trying to figure out how to feel about the place. At first he’s not sure he likes being back, but he also knows that place better than anywhere. He feels like even if he doesn’t exactly love it, it’s his. So then when you have an out-of-state company trying to dump its toxic waste in his community, he becomes protective and uses his role as a reporter to expose the bad actors. He’s not even sure he likes what he’s protecting, yet he feels compelled to defend it. It’s kind of like how I can make fun of my family, but you can’t.

So was combining the fracking element with the hometown theme a conscious decision of narrative, or something that happened naturally in the writing?

The journalism part of the plot came from notes I was given by the Denver writer and teacher Benjamin Whitmer. I took his advanced novel-writing class at the Lighthouse Writers Workshop here last year. I had written a story that was essentially just a young man who comes home and meets a girl who had also lived elsewhere, and they complain about where they live. He told me it needed a throughline, and I took his advice.

The way this book came to market is interesting: Trident isn't just hosting the reading; it's also the publisher. How did you come to publish the book with Trident, and how does that work?

I met the publisher, Nate Perkins, at a reading I was doing out at a farmhouse in Brighton. The writer and musician Adam Gnade asked me to read in a garage as an opener for a set of folk-punk bands. After it was over, Perkins asked me to send him a manuscript. I had been working on the story with Whitmer’s notes in mind, so I spent a few more months getting it in shape, then I submitted it. Perkins read it and offered me a contract. He tells me the book is selling pretty well so far.

What does that experience say about the state of publishing and marketing literature today?

The truth about all of this is that if you’re trying to get published by submitting query letters to literary agents or manuscripts to editors in New York, you’re fighting a tough fight. This business works like any other business: You have to meet the right people. It’s who you know — or who you meet in a weird Brighton folk-punk garage.

Talk a little about your writing background. You've written other books, yes?  And work now as a journalist covering the cannabis industry here in Denver?

This is my fourth book. I wrote a novel when I was 24 — I’m 38 now — that landed at a major publishing house in New York. The editor was interested, but the deal fell through. Probably for the best. I didn’t know nearly as much about writing as I know today. I’ve put out another novella-length story about a train trip I took from Beijing to Moscow on the Trans-Siberian railway, and a collection of essays and poems called Someplace Else.

I write about the business side of the cannabis industry for a national publication that’s based here called Marijuana Business Daily.

Back to Silence Is the Noise: If you had to create a soundtrack to this book, what songs would be in there?  What should we be hearing in our heads as we read?

I recently picked up Nick Gregario’s novel Good Grief, and it had a printed code that you could scan for a Spotify playlist of all the songs he referenced in the book. How cool is that?

If I could make a Spotify playlist for this novel, it would be:
Talk a bit about the size of the book itself – it sort of calls attention to itself by way of its compactness. Was that a purposeful decision in the editing process, to make it a physically smaller book? Does that work itself into the theme at all?

I had seen Noah Cicero’s book Blood-Soaked Buddha/Hard Earth Pascal when I did the reading there, and I thought it looked like a well-made piece of literature. I love those books that are the right size to carry around in your back pocket.

I didn’t purposefully make the story shorter or longer than I thought it needed. Aside from my landscape descriptions, I’m a pretty spare writer. That’s the journalist in me. I cover quite a bit of ground in this little book.

Speaking of marketing and size...how do you label The Silence Is the Noise? A novella? Does word count play into this at all? Or is that question more about old paradigms?

I call it a pocket-sized novel, or a short novel. I think the word "novella" is vague to a lot of people. It sounds too fancy for what it is — a short novel.

And you’re right. The length doesn’t fit into the old paradigms. Because of its size, I doubt a New York publishing house would want something like this. I can imagine an agent or an editor telling me how I could expand the story, flesh it out. That they’d need me to get it to at least 60,000 words before they could sell it. But I’m confident it’s a good, readable story at this length. I said what I wanted to say.

The Silence Is the Noise release party, 7 p.m. Saturday, October 13, Trident Booksellers and Cafe, 940 Pearl Street, Boulder, free.
KEEP WESTWORD FREE... Since we started Westword, it has been defined as the free, independent voice of Denver, and we'd like to keep it that way. With local media under siege, it's more important than ever for us to rally support behind funding our local journalism. You can help by participating in our "I Support" program, allowing us to keep offering readers access to our incisive coverage of local news, food and culture with no paywalls.
Make a one-time donation today for as little as $1.