The 2019 Denver Pop Culture Con cast a wide net in terms of all things good and geeky, from the usual comics and cosplay to celebrity signings, up-and-coming artists, and wonderful writers of many genres. And podcasts, too — some of them covering the Con, others, just like all the other fans, taking it all in, moment by nerdtastic moment.

And then there's CU Denver's new literature and pop-culture podcast, Culture Klatsch, which just launched earlier this month with a discussion of Margaret Atwood's The Handmaid's Tale, both the book and the Hulu series. That got us wondering: What are those podcasts that are homegrown in Denver that serve the various flavors of fandom out there? Comics, sure, but movies, too, and gaming and music and pop culture in general?

There were too many nerdtastic podcasts to cover in full, but we chose ten of our favorites to recommend for your listening pleasure. 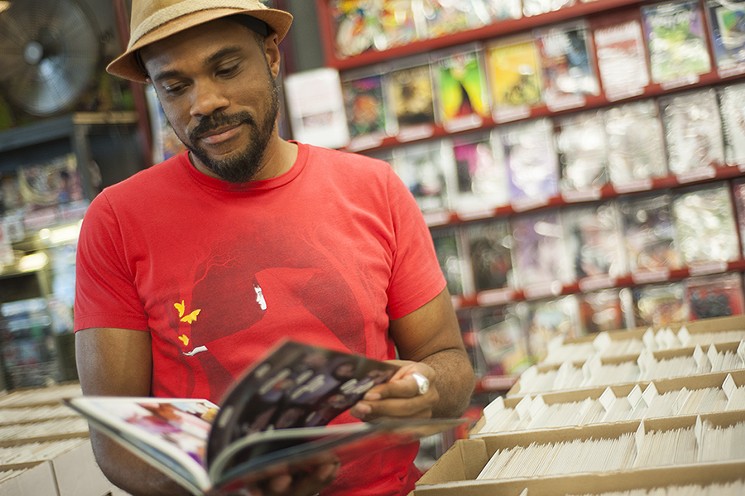 R. Alan Brooks
Joe Rogers
MotherFucker in a Cape
We’ve covered Denver’s own R. Alan Brooks before, and it makes sense that his podcast should lead this list. Brooks himself is something of a pop-culture renaissance man. He teaches in the Mile High MFA program at Regis University, runs artistic seminars, works on his comic series The Burning Metronome and his Colorado Sun comic What’d I Miss, as well as the popular podcast that pertains to this very list. The podcast MotherFucker in a Cape — the title of which gets edited slightly when appearing on different platforms — is hosted by both Brooks and Mutiny Information Cafe comics guru Jordan Froelich; the two team up to “talk with comic-book creators, nerd activists and key figures from areas of geek culture that aren’t often explored.” 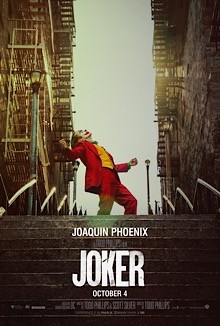 Joker
Reel Nerds
“As far as nerds go,” the bio for one of the several hosts of Reel Nerds says, “There are not many reeler than…” these folks. Ryan, James, Brad, Zach and Henry serve as your hosts (Corrine also contributes some articles to their online presence) for this weekly deep dive into the latest movies and their influence on nerd culture. The fact that they can do this every week goes to show you how interdependent the movies and all things geeky have really become.

Broadcast Geeks
Like the Reel Nerds, the team behind Broadcast Geeks loves the translation of comic-book storytelling to the screen — but include both the big screen and the small. If anything, the hosts focus more on the television options, from series to syndicated cartoons to network originals that are born begging to be binged. As with all these podcasts, the hosts sometimes get sidetracked — but that’s all part of the charm, isn’t it?

5280 Geek
For over three years, the Mile High crew at 5280 Geek has been reviewing almost anything that tickles the hosts' nerd-fancies, from the latest in comic-book movies to role-playing and video games to bingeworthy television to cosplay, cartoons and more. They tag most of their podcast episodes with the phrase #StayGeeky, and golly boy howdy do they mean it.

Beyond the Trope
“Once upon a time,” says the website for Beyond the Trope, “three friends went crazy and started a podcast…” Which is a line that could probably be said — with a varying number of crazies — about most of the podcasts on this list. But the focus of Beyond the Trope began as “the deep, artistic depths of fiction.” It was — and to some degree, still is — a podcast about writing, but has grown to include the passions of those involved. These include everything from YA Fiction to sci-fi/fantasy to speculative fiction and comics. If you enjoy an ivory-tower skyline to your nerd-doms, a bit of grad school with your geekery, this here’s your jam.

Dynamic Duel: DC vs. Marvel
Perhaps the most transparently fan-based podcast on the list, Dynamic Duel is a weekly podcast in which twin brothers sometimes review superhero films — but more often pit one company’s character against a similar one from the other. Johnny DC vs. Marvelous Joe cover pairings like the Creeper vs. Nightcrawler, Starfire vs. Sunspot, Catwoman vs. Hellcat, Ares vs. Loki, and other head-to-head matchups that go way, way beyond the usual “who can beat Flash in a footrace” questions that even the comics would occasionally indulge. It’s sheer fun, from fans who care about what they’re debating. Marvel Comics
Worst Collection Ever
Every Thursday, comic-book couple Jen Stansfield-Marek and Shawn Marek poke fun at their Worst Collection Ever of comic books — an admittedly motley crew of sad and sometimes forgotten issues that they rescued from various dollar bins around Denver and the rest of the world. If you’re a fan of New Warriors #28 (1992), Detective Comics #519 (1982) or Thunderbolts #42 (2000), you’ll find a friend or two here. Full disclosure: I bought all three of the above comics off the spinner rack. Namorita, Colonel Blimp and Citizen V? Totally underrated.