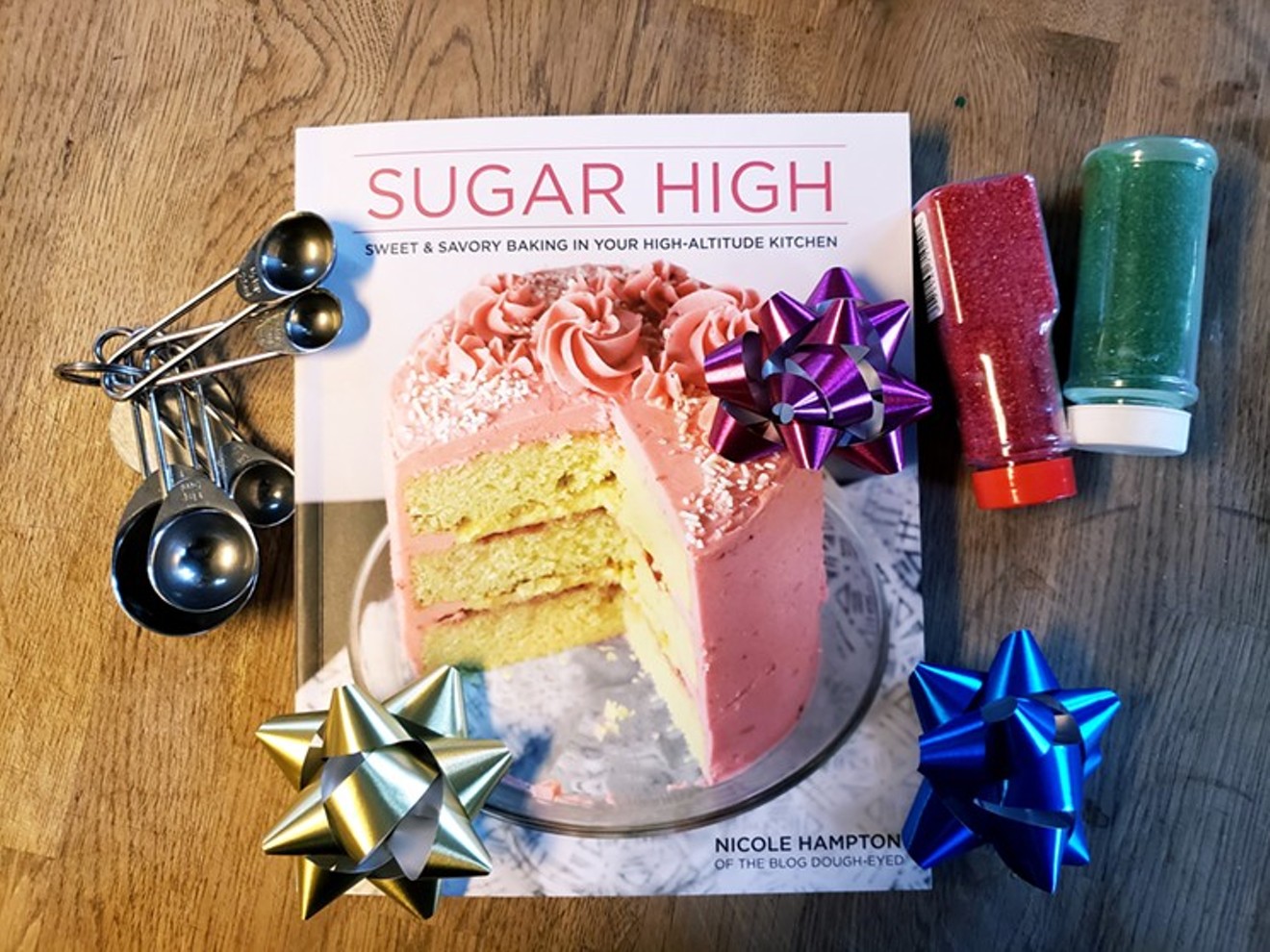 Nicole Hampton brings Sugar High to BookBar on December 15. Linnea Covington
Denver's literary scene keeps giving back. Since this week leans hard on the holidays, there are events to keep kids busy as well as to keep adults shopping, as well as events that simply celebrate reading. Here are five bookish things to do in the days ahead.

Workman Publishing
Barney Saltzberg, Beautiful Oops!
Tuesday, December 11, 10 a.m.
Anythink Huron Street
9417 Huron Street, Thornton
Tuesday, December 11, 4:30 p.m.
Anythink Perl Mack
7611 Hilltop Circle, Denver
Both free
Children’s author, songwriter and illustrator Barney Saltzberg comes to two locations of Anythink libraries for two very special events. Saltzberg will spend the morning at the Thornton location performing from his many books, most recently Beautiful Oops! and Enough Is Enough. In the afternoon, he moves to the Denver location for a found-art workshop in which kids use found objects in order to make their own “Oops Art.” Space is limited at both; visit the Anythink website for registration and more information.

YouTube
Verne Lundquist, Play By Play
Tuesday, December 11, 7 p.m.
Tattered Cover
2526 East Colfax Avenue
Free
Legendary sports broadcaster Verne Lundquist comes to the Tattered Cover with his memoir, Play By Play: Calling the Wildest Games in Sports – From SEC Football to College Basketball, the Masters, and More, just in time for the sports fan on your gift list. The book replays the greatest experiences from Lundquist’s storied career, taking you behind the scenes for some of the most exciting moments in modern sports history. Take a seat in the box with one of the best announcers in the business.

Renee Fajardo
Renee Fajardo and Carl Ruby, Biscochitos for Mis Jitos
Wednesday, December 12, 6:30 p.m.
CHAC Art Gallery
222 Santa Fe Drive
Free
Some of the Southwest’s best storytellers and authors come together to pay tribute to a cookie called biscochitos, which originated in southern Colorado and northern New Mexico over a century ago. But it’s not all cookies in Biscochitos for Mis Jitos & Other Tummy Tales; stories and recipes in the book represent numerous ethnic influences throughout the Southwest, and include everything from apple pandowdy to potato latkes to chili guiso. Come buy a book, get it signed — and bring your appetite for the Biscochitos Tasting Contest.