Roll the night away at the Holy Disco! Italian Disco Party. Greyson Joralemon on Unsplash

Co-op galleries have been well entrenched in the metro area for decades. But Spark was the first, incorporated in Denver forty years ago at 3300 Osage Street by artists from Boulder’s Armory Group, including Clark Richert and Margaret Neumann. A lot of important figures in local art history have passed through Spark’s doors since 1979, and now the gallery will celebrate the anniversary with a two-part, seventy-artist look back at that legacy. The Spark Gallery 40th Anniversary Show, Part I kicks off the walk down memory lane July 11 through 28, with an opening reception on Friday, July 12, from 6 to 9 p.m. at Spark’s current location, 900 Santa Fe Drive in the Art District on Santa Fe; Part II runs August 1 through 18, with an artist reception on August 9. Learn more at sparkgallery.com.

Black Cube's Cortney Lane Stell and the Denver Theatre District have a whole summer of outdoor installations and activities planned for downtown under the comprehensive title of MONUMENTAL, a conversation-starting paean to public monuments and how they can bring communities together. It all launches on Friday, July 12, from 4 to 7 p.m. on 14th Street between Champa and Stout, with an unveiling and opening reception for local artist Nikki Pike’s “We,” a temporary monument to Denver, and a triptych of billboards inspired by Norman Rockwell’s 1943 “Freedom of Speech” painting coordinated by national artist-run activist organization For Freedoms. That will set in motion a rolling series of artist monuments coming this summer, as well as workshops and projects involving the community, which will take place through January. Events are free; find a complete schedule and artwork run times at blackcube.art.

The R&B balladeer for a "Young, Dumb and Broke" generation, Khalid has earned the right to single-moniker recognition. Although his soulful voice and insightful lyrics resound with the wisdom and pathos of a long and hard life, the Grammy-nominated crooner is just 21. The youthful superstar seems to possess something like a Midas voice, capable of turning his smattering of guest appearances and two albums (American Teen and Free Spirit) into chart-topping ear-worm gold, and he's one of the highest-ranking global artists on the streaming behemoth Spotify. His Free Spirit world tour lands at the Pepsi Center, 1000 Chopper Circle, on Friday, July 12. Doors open at 6:30 for the 7:30 p.m. show; find tickets, $39.95 to $99.95, and learn more at altitudetickets.com.

Liberals have a hard time making fun of themselves, but an exercise in understanding privilege could help. That might be the goal of Cleveland playwright Eric Coble’s satire Fairfield, in which parents, teachers and administrators at a progressive, diverse school find themselves in a bind while trying to organize a school-wide “CelebrEthnic Potluck.” The play, which points fun at overwrought and sometimes-backfiring political correctness, opens on Friday, July 12, at 7:30 p.m., and runs Thursdays through Sundays through August 18 at Miners Alley Playhouse, 1224 Washington Avenue in Golden; get information and tickets, $22 to $34, at minersalley.com.

Your chances of ever getting to cut a rug under a disco ball at the Sistine Chapel in Vatican City are slim to none, but Stanley Marketplace has got the next best thing. The Holy Disco! Italian Disco Party at the Stanley’s summer Sistine Chapel exhibition invites you to wear your retro/glam, polyester dance-machine threads (or not) and bust a move in full view of God, Adam, Moses and the rest of Michelangelo’s biblical gang. DJs Clayton K and Eric Lake will spin the best from their eclectic Italian disco collections on Friday, July 12, from 7 to 11 p.m. at the Hangar at Stanley, 2501 Dallas Street in Aurora. The $35 admission price includes light bites and one free cocktail (afterward, it’s a cash bar); learn more and get your tickets at stanleymarketplace.com.

Blazing Saddles is usually ranked among the greatest comedies in film history, so it's surprising to learn that Mel Brooks's anarchic Western parody was nearly dumped by Warner Bros. executives fearful of causing backlash or flopping at the box office. Audiences quickly proved the suits wrong, and the movie became both a smash hit and an instant classic when it galloped into theaters in 1974; 45 years later, the racial satire of Blazing Saddles still scathes almost as hard as it tickles. Celebrate the movie's sapphire anniversary with a pair of Midnight Madness screenings at the recently reopened Landmark Esquire Theater, 590 Downing Street, on Friday, July 12, and Saturday, July 13; showtime is — you guessed it — at midnight. Head to landmarktheatres.com for tickets, $9.50, and more information. 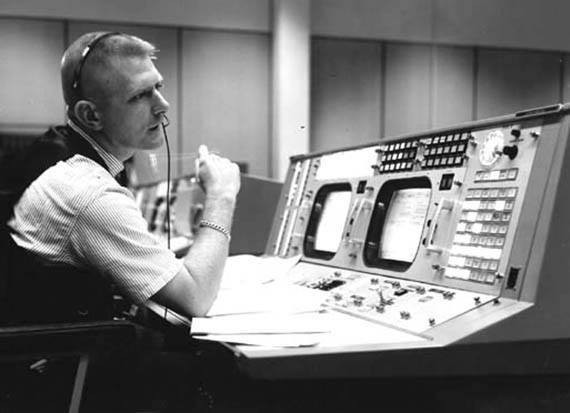 Neil Armstrong’s first steps on the moon on July 20, 1969, still capture the imaginations of wannabe astronauts, sci-fi fans and stargazers — and just about everyone else. The hoopla over the moon walk’s fiftieth anniversary has set off a proliferation of commemorations, but few can touch Apollopalooza, a weeklong immersion into everything Apollo 11 at Denver’s own Wings Over the Rockies Air & Space Museum, with so many side trips you might just get lost in the stars. Find out why Wings was designated one of the Top Ten Places to Celebrate the Moon Landing's 50th Anniversary by the Travel Channel; the local agenda, from July 13 through 20 at Wings, 7711 East Academy Boulevard in Lowry, is daunting in its scope, but the compendium of guest speakers, film screenings, family activities, a 1969 moon-landing viewing party and more has something for everyone, with various ticket options. Learn more and get passes at wingsmuseum.org.

Whether you creep, crawl or flutter down to the Butterfly Pavilion, 6252 West 104th Avenue in Westminster, Insectival is a party you won't want to miss, no matter how many legs you have. A grand celebration for the 24th birthday of Rosie, the pavilion's resident tarantula, Insectival's festivities include an array of carnival games, arts and crafts stations and a bouncy house. After extending your well wishes to the birthday spider, be sure to explore the pavilion's full exhibition of bugs and butterflies. The party lasts from 9 a.m. to 5 p.m. (last entry at 4:15) on Saturday, July 13, and everything is included with general admission, $8 to $12. Visit butterflies.org for tickets and further details.

The Clark Richert story started back in the ’60s at an artist commune in southern Colorado. Needless to say, those were different times. As a tie-in to its Richert retrospective, now on view through September 1, MCA Denver is giving its constituency a taste of the freewheeling mod ethos of the ’60s with a Pool Party in Hyperspace at the hippest pool in town: Taxi’s shipping-container swimming hole at 3457 Ringsby Court. Dress for a different decade and dive in on Saturday, July 13, from 4 to 7 p.m.; tickets for the 21+ event, $30 to $35 at eventbrite.com, include a one-day pool pass, all-you-can-drink beverages, volleyball, DJ spins and photo-booth fun. Get more info at mcadenver.org.

Jam out with Pick & Howl at the Sunnyside Music Fest Backyard Concert.
Courtesy of Pick & Howl
The free Sunnyside Music Fest, a local-music and Sunnyside community booster, will return to Chaffee Park this September, but not before a little fundraising at the all-ages Sunnyside Music Fest Backyard Concert, which will offer a taste of things to come as well as just being a high-summer good time for all, right in the neighborhood. And it does indeed go down in a back yard — at 4639 Alcott Street, beginning at 5:30 p.m. on Saturday, July 13. Denver bluegrass combo Pick & Howl will headline, preceded by youth musician Brennan Kammerer and Rodney Coquia of Bonfire Dub; admission to the BYO lawn chair party ranges from $5 to $20 and benefits the September fest and local youth musicians. Get information and tickets at sunnysidemusicfest.org.

The Arvada Center isn’t the only place known for its all-Colorado showcases: The Curtis Center for the Arts has been pulling together its own open juried show for 35 years. But it’s no accident that Arvada gallery director and curator Collin Parson — whose knowledge of the playing field is immense — was chosen to jury this year’s 36th All Colorado Exhibition. The show, sixty works strong, opens with a reception from 6 to 8 p.m. Saturday, July 13, at the Curtis Center, 2349 East Orchard Road in Greenwood Village, and runs through August 31; in addition, Parson will share his knowledge and expertise on July 20 at a 2 p.m. juror’s talk. Find more details at greenwoodvillage.com.

Troma Entertainment impresario Lloyd Kaufman stumbled into his role as the king of the deliberately puerile B-movie, but his reign has been a long and magnificent one. Co-founder of the studio responsible for trash-terpieces such as the Nuke ’em High and Toxic Avenger series, Kaufman has produced, directed and acted in the lion's share of his studio's films and helped launch the careers of filmmakers like James Gunn (Guardians of the Galaxy). The gleefully disreputable auteur is still in the game at 73, and he'll be at the Oriental Theater, 4335 West 44th Avenue, at 8 p.m. Saturday, July 13, to screen one of his latest pictures, the sequel Return to Nuke ’em High Vol. 2, and gab with local fans. General admission is $20, a reserved four-top table will run you $160, and a limited number of VIP passes, which include a meet-and-greet photo opportunity with Kaufman, are available for $50. Get your tickets and find out more at theorientaltheater.com.

Storytelling of every sort happens on stages all over town these days, when human-to-human contact is our most vital way to battle the isolation brought on by social media. But at least one of those storytelling platforms, Soul Stories, will — at least for one night — bring the art back to its roots, when humans shared tales and lore around a fire. Fables, folk tales and legends will spill for Soul Stories: Fireside Stories, a free evening of stories told in firelight, with s’mores and music to keep things real. Warm yourself on Sunday, July 14, from 6:30 to 9:30 p.m. at Skyland House, 3600 Ivanhoe Street, a commune specializing in sustainable living practices and creative thinking. There will be snacks, but potluck offerings are welcomed; learn more at the Soul Stories Facebook page.

Know of an event that belongs on this list? We need information at least three weeks in advance. Send it to [email protected]