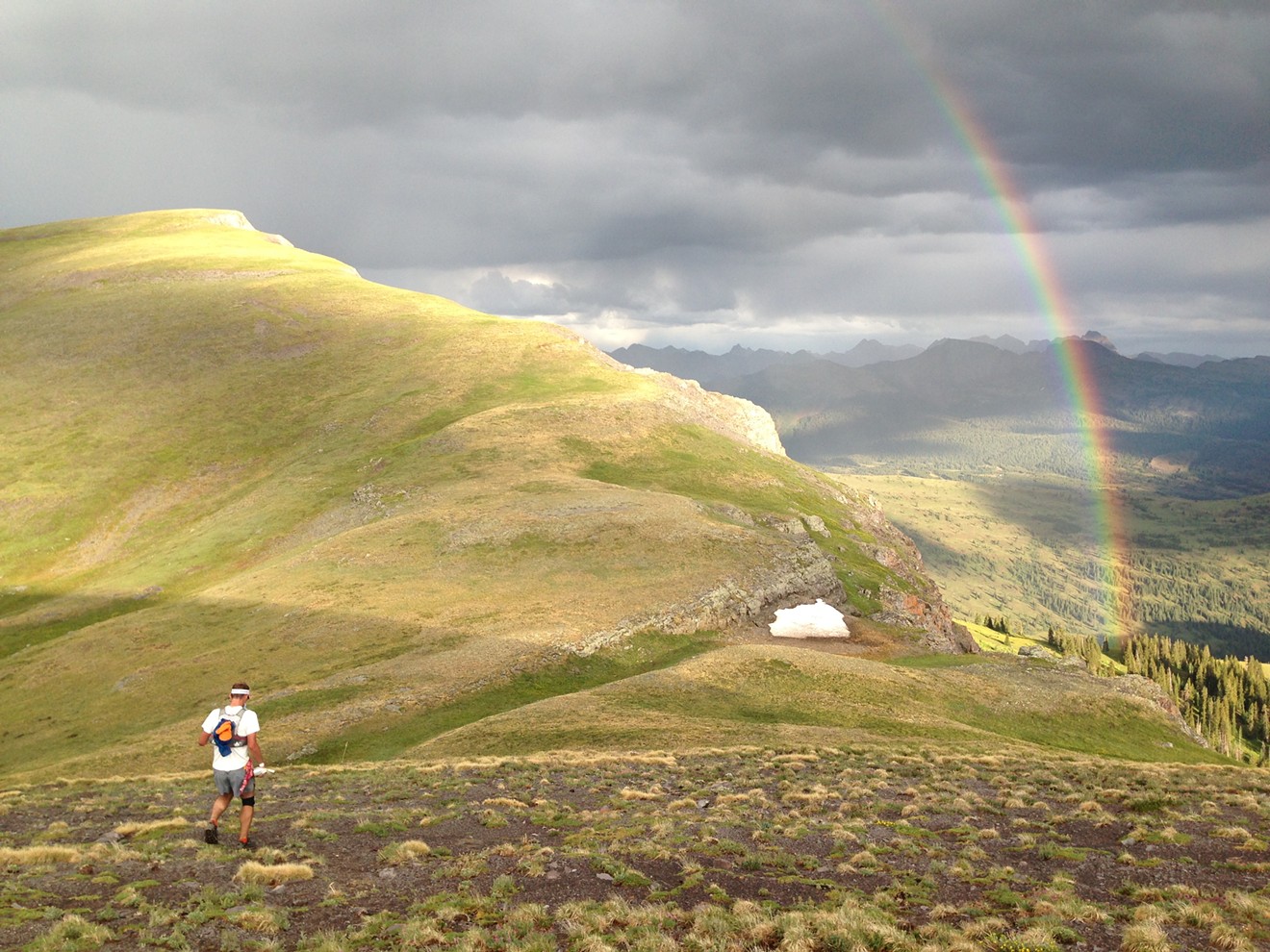 Tired of 5K races? Try a 100-miler like the Hardrock 100. Hardrock 100
For most people, running a 5K or a 10K race is quite enough, thank you very much. For a few, a half marathon or a full marathon are the epic distances of choice. Anything above 26.2 miles, which falls into the ultra-marathon category, sounds unimaginable. And a race over 100 miles that lasts 24 to 36 hours? Well, that's just downright delusional, right? Not necessarily. For the bold and curious, here are five of the best 100-mile races in Colorado that you'll probably never try. If you do, let us know. We're pretty sure that's newsworthy.


Hardrock 100
July 20
Silverton
The Hardrock 100 is a legendary race connecting mining towns including Silverton, Lake City, Ouray, Telluride and Ophir. On the 2018 course, plan to gain 33,000 feet of elevation, with brutal climbs including an ascent of Handies Peak, one of the state's fourteeners. Race entry is based on a lottery, and you have to have completed one of dozens of qualifying races before you can give it a shot, making it one of the most competitive 100-milers to get into.


Ouray 100
July 27-28
Ouray
Ouray boasts the nickname the "Switzerland of the Americas." While this race is notably difficult, with more than 40,000 feet of elevation gain, it's also rich with gorgeous views of the San Juan Mountains. Perhaps just as alluring as the scenery is the Ouray Hot Springs, which awaits runners at the end of the race.


Grand Mesa Ultras
July 28
Western Slope
Grand Mesa Ultras offer several courses, from 30 kilometers all the way up to 100 miles in Western Colorado. The latter distance offers roughly 13,000 feet of climbing at an average elevation of more than 10,000 feet above sea level. Most of the trail is singletrack, cutting through forests, open meadows and along the cliff edge of Grand Mesa.


Leadville 100
August 18
Leadville
The Leadville 100 got its start in 1983. It has the reputation of being one of the most challenging courses in the world and attracts athletes from around the globe each year. Dubbed the "Race Across the Sky," this out-and-back adventure will take runners from 9,200 to 12,600 feet on forest trails and mountain roads. Unlike most ultras, the Leadville 100 has its own mini-economy associated with it, as the entire town goes trail-running wild for this event.


Run Rabbit Run
September 14-15
Steamboat Springs
Compared to some of these races, Run Rabbit Run, which starts in Steamboat Springs, is relatively easy, with a mere 20,000 feet of elevation gain. Don't let that number fool you, though: It's still going to be a wickedly difficult run, and not just because it's 100 miles. The race rolls over parts of the Continental Divide and Buffalo Pass and on Emerald Mountain, Mount Werner and Rabbit Ears Mountain. Divided into two categories, tortoises and hares, Run Rabbit Run offers rare cash prizes for the fastest runners, which totaled $165,000 last year.