Join Von Disco, along with a number of talented performers, at Jazzetry Night on Wednesday, November 15. ALOC Media 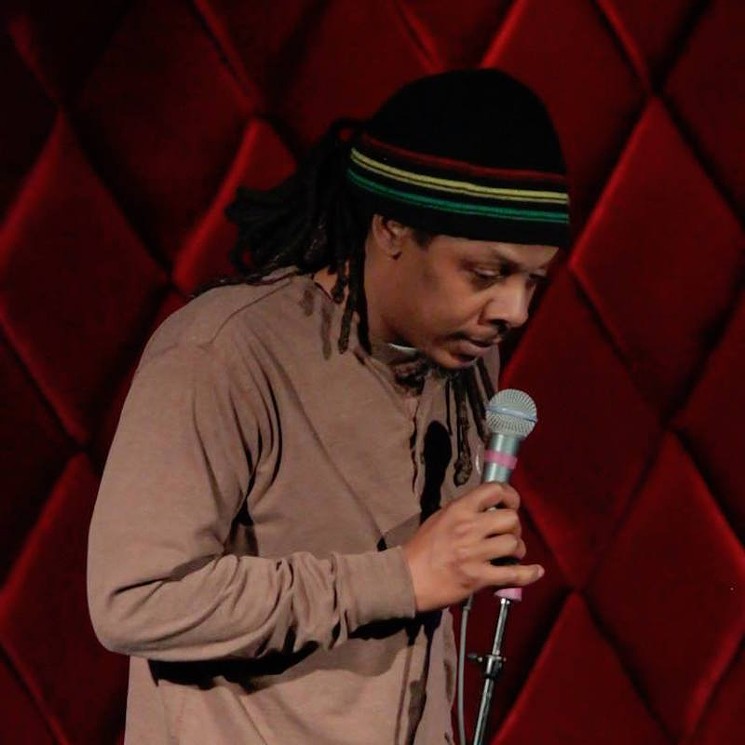 Derrick Rush headlines Laugh Night on Earth.
Ryan Brackin
The Laugh Night on Earth
Wednesday, November 15, 8 p.m.
Barfly
While Austin-based franchise Alamo Drafthouse has fostered relationships with local comics through the Mile High Movie Roast series, the staff has also curated a fine entertainment calendar in Barfly, an inviting lounge nestled into the bustling new theater. The Laugh Night on Earth, the latest effort from the perpetually busy comedian Zac Maas, is back for another giggle gauntlet showcasing local chuckle-smiths Steven Vanderploeg, Allison Rose and Derrick Rush. With custom cocktails and a rotating roster of 32 different Colorado brews on tap, it's an ideal space to unwind with a drink after a movie, or more important, catch a free show. Unlike at most local comedy events, the jokes start flying promptly at 7 p.m., so organizers recommend arriving early to secure seats. Visit The Laugh Night on Earth Facebook events page to learn more.


The Life and Death of Marsha P. Johnson
Thursday, November 16, 7:15 p.m.
Sie Film Center
Cinema Q, the Gender Identity Center, One Colorado and TransAction/It Takes a Village are convening at the Sie FilmCenter for a special free screening of The Death and Life of Marsha P. Johnson for Trans Awareness Week. A heartfelt profile of the infamous "street queen" of New York City's Christopher Street, home of the Stonewall Inn and an enduring symbol of LGBT pride, the documentary introduces viewers to Johnson's larger-than-life presence and profoundly lasting impact on her community. In 1992, her body was discovered floating in the Hudson River; activists disputed the NYPD's official ruling of suicide. Academy Award-winning filmmaker David France (How to Survive a Plague) explores the suspicious circumstances of Johnson's death, recounting how police inaction spurred righteous outrage. Visit the Sie FilmCenter online to register for free tickets.