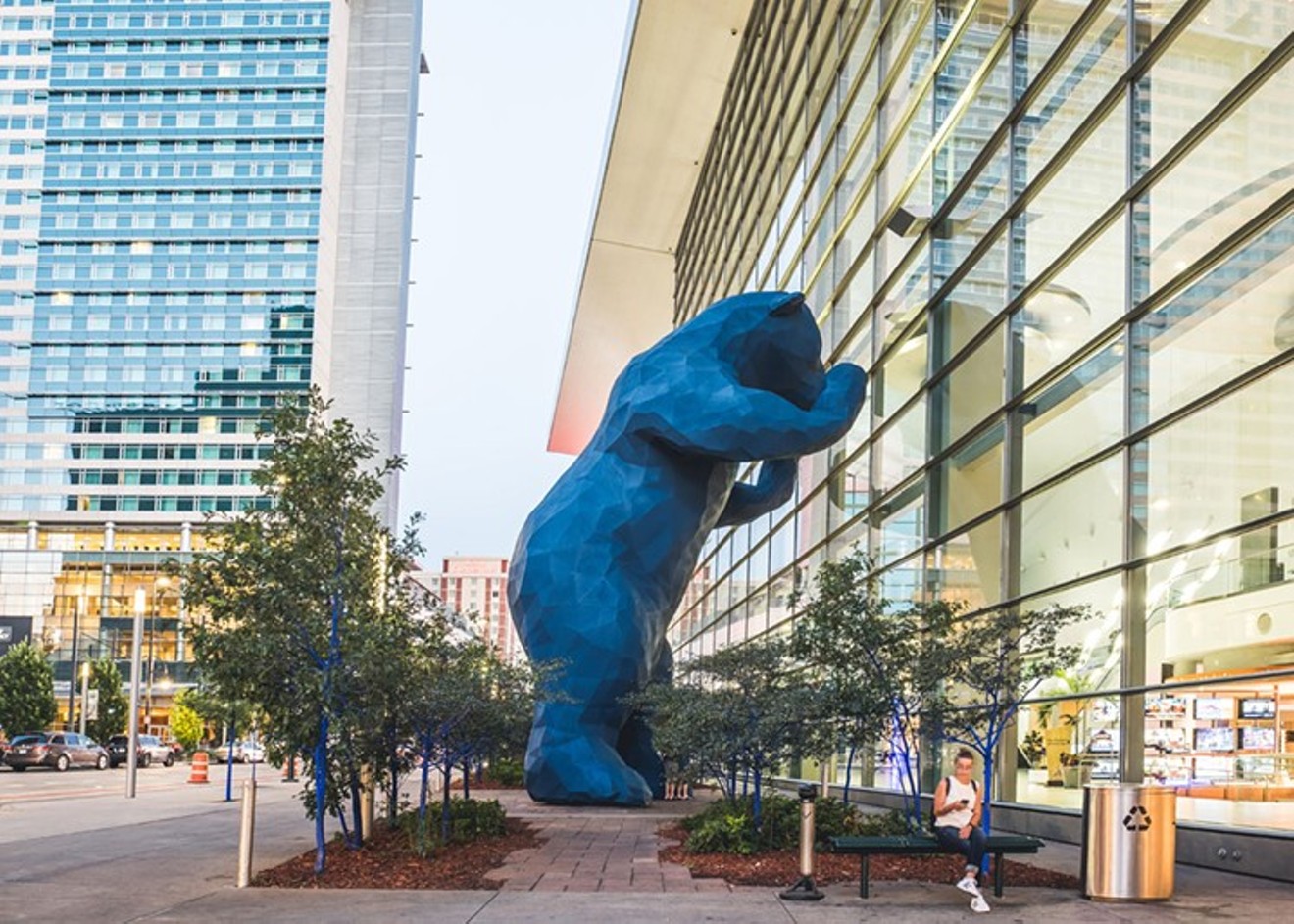 "I See What You Mean," by Lawrence Argent. Marvin Anani
Lawrence Argent, one of Colorado’s most successful and well-established artists, died suddenly in Denver on October 4, 2017.

Argent’s most famous local commission is “I See What You Mean,” on the 14th Street side of the Colorado Convention Center. The piece, which was done in 2005, immediately earned an endearing nickname, "The Big Blue Bear," a moniker that perfectly describes what it is: a multi-story representation of a bear carried out in a vivid blue. The giant bear has its back to the street so that it seems to be peering through the center's glass curtain wall. For Argent, the pose represented both a way to give the sculpture a local context (since bears are associated with the Rockies), and a way to subliminally suggest that people might want to check out what’s inside the building. We recently named “I See What You Mean” one of Denver’s top ten outdoor sculptures — and it just might be the most beloved. 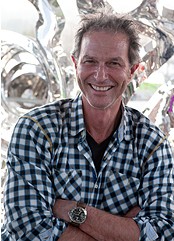 Lawrence Argent.
lawrenceargent.com
Argent was born in 1957 in Essex, England, but was raised in Australia, where he attended art school at the Royal Melbourne Institute of Technology, graduating with a BA in sculpture in 1983. He came to the United States after graduation and attended the Rinehart School of Sculpture, Maryland Institute, College of Art in Baltimore, where he earned an MFA in 1986. He taught for a few years in Texas and California before accepting a teaching job at the School of Art and Art History at the University of Denver in 1993. In 2017, he was named a professor emeritus at DU.

An early adopter of trans-media, Argent employed digital technologies in the design and fabrication of his pieces, using CAD and 3-D printing, among other types of cutting-edge techniques, in order to realize his sculptures. As indicated by his interest in these new mediums, Argent was a conceptual artist who was interested in the re-contextualizing of familiar things, like that blue bear.

"Ghost Trolley," Lawrence Argent.
lawrenceargent.com
Other area sculptures by Argent also depict recognizable subjects in unexpected ways. Near the intersection of 20th Avenue and Pennsylvania Street is “Pillow Talk” (2001), a stack of pillows carved out of white Colorado Yule marble, with a few of the stone pillows scattered around as though they’d fallen off the pile. Outside the Ritchie Center on the DU campus is “Whispers” (2002), a monumental installation of limestone benches and columns with representations of lips on the front of the benches and the tops of the columns; an audio component featuring recorded lectures is activated when people sit on the benches. “Virere” (2003), a giant tuft of grass constructed of steel and aluminum and rising twenty feet in the air, is “planted” in the median on South Broadway at Yale Avenue in Englewood. And “Ghost Trolley” (2007) is a full-sized — if flattened— rendition of a trolley cast in translucent plastic that’s sited on East Colfax between Elmira and Emporia streets in Aurora. 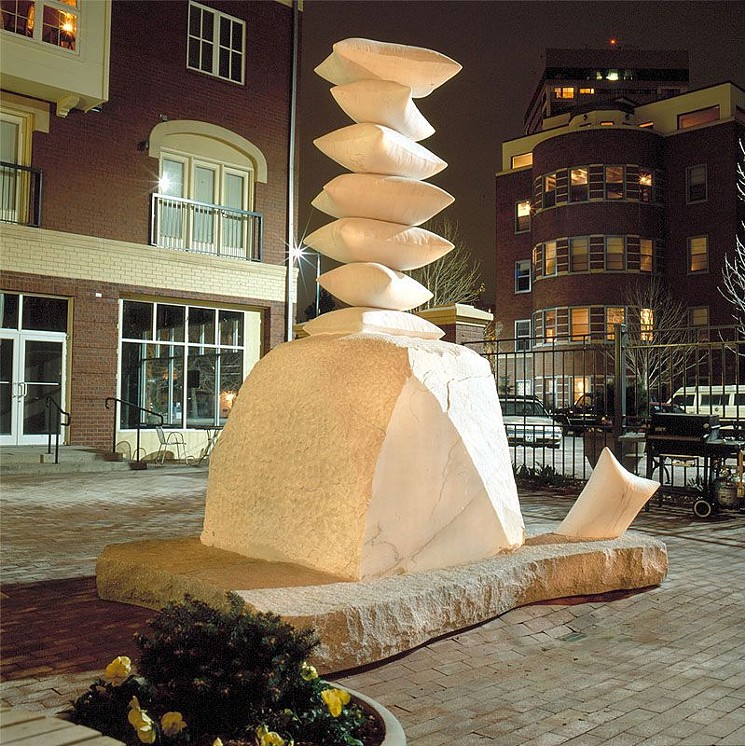 "Pillow Talk," Lawrence Argent.
lawrenceargent.com
Over the past ten years, Argent’s career as a sculptor had soared, and he earned public and private commissions in cities around the world. Just last year he completed “C’era Una Volta," an eighteen-part cycle of sculptures at Trinity Place in San Francisco. The centerpiece is “Venus,” a 93-foot-tall spiral of stainless steel, the whirling form of which was derived by Argent from the “Venus de Milo” of ancient Greece. Even more recent is the monumental “A Moment in Time,” which depicts an enormous elephant balancing on its trunk, translated into red and gray bars; the piece was just completed last month for the Yuhua Salon in South Nanjing, China.

Despite his globe-trotting, Argent will always hold a special place in the hearts and minds of Coloradans.