Next Gallery
Casa Bonita may be closed, but the passion it inspires still runs strong. Despite COVID-19 continuing to rage throughout the metro area, requiring special safety guidelines for in-person exhibits, Next Gallery is moving forward with its fourth annual Casa Bonita Art Show. This year’s edition, which runs from Friday, February 19, through March 7, is titled Wish You Were Here, a reflection of the collective loneliness of the last ten months, as well as the organizers’ optimism that Casa Bonita will reopen soon.

“We were like, should we even do it this year? Casa Bonita’s not open, and we can’t really have a big art show,” explains Andrew Novick, a juror and promoter for the event. “But we wanted to keep it going.”

In previous years, the Casa Bonita art show functioned as an opportunity to celebrate both Casa Bonita and Denver’s creative community, and the event was always one of the cooperative gallery’s biggest events. The show highlighted work inspired by Next Gallery's neighbor, Casa Bonita — including a three-level diorama of the beloved restaurant housed inside a suitcase, watercolor paintings of the pink stucco tower, and ceramic depictions of Casa Bonita’s de facto gorilla mascot. Awards were given out in the form of sopaipilla flags to the show’s first-, second- and third-place winners. And snacks for the opening came from none other than Casa Bonita itself. “It was always a huge party,” recalls Novick.

Like pretty much all annual events during the pandemic, the art show will be different this year — “entirely different,” says Novick. Once the show has opened, Novick plans to take masked patrons through the gallery five at a time; there will also be a virtual component for those not able to participate in person.

“But we really want everyone to be able to share and see each other’s art. It’s still melancholy, but we’re also in survival mode — you do what you can to stay positive,” he says. “Keeping Casa Bonita on people’s minds is important to me, especially in these weird times we’re living in.”

The show opens Friday, February 19, at 6851 West Colfax Avenue; find more information at nextgallery.com.
KEEP WESTWORD FREE... Since we started Westword, it has been defined as the free, independent voice of Denver, and we'd like to keep it that way. With local media under siege, it's more important than ever for us to rally support behind funding our local journalism. You can help by participating in our "I Support" program, allowing us to keep offering readers access to our incisive coverage of local news, food and culture with no paywalls.
Make a one-time donation today for as little as $1. 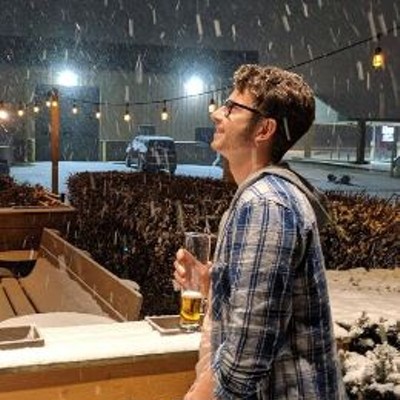 Chris Vanjonack is a Denver-based MFA candidate at the University of Illinois at Urbana-Champaign, and a former language arts teacher from Fort Collins. His writing has appeared in One Story, Hobart, The Rumpus and elsewhere,
Contact: Chris Vanjonack
Follow:
Twitter: @chrisvanjonack
Instagram: @?hl=en