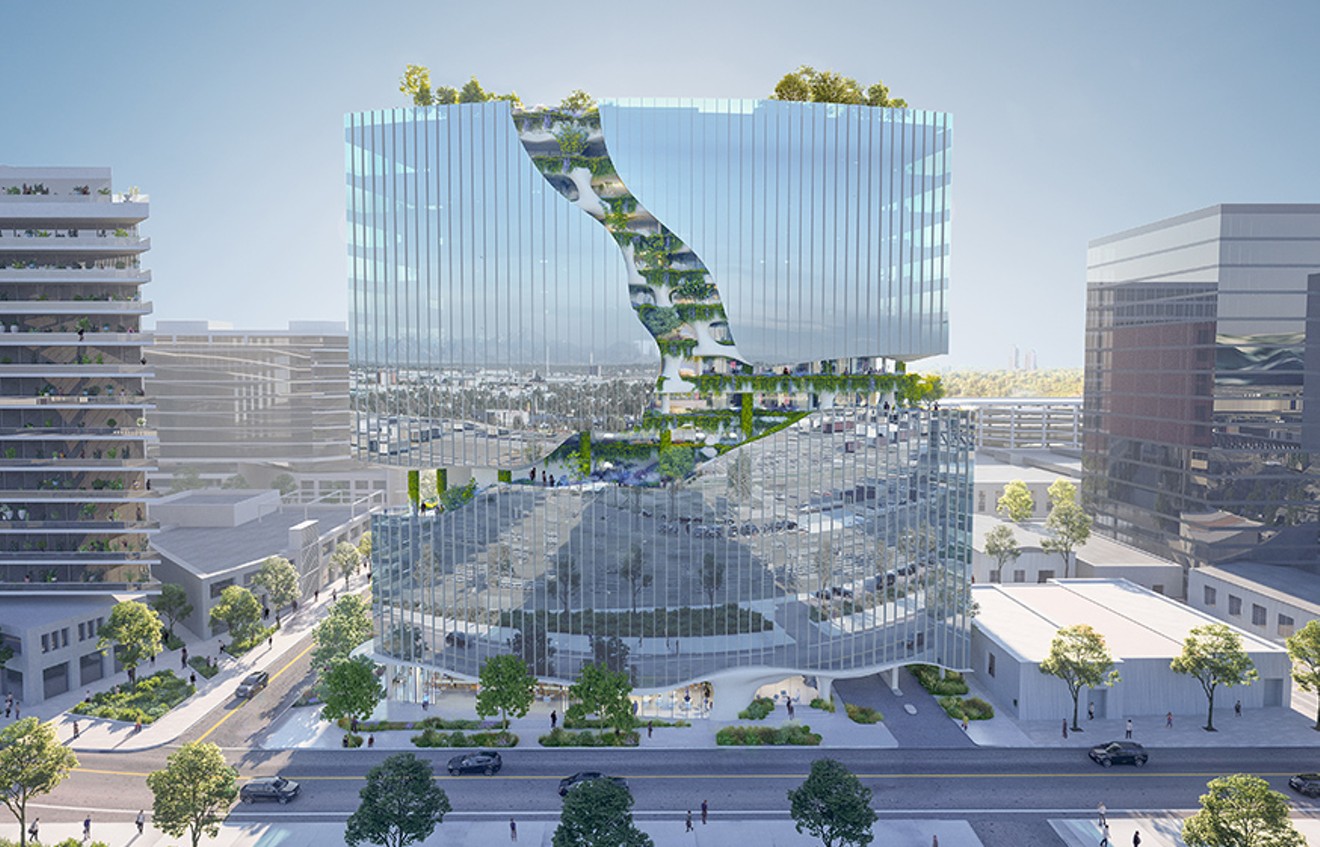 A look at what could become Colorado's coolest building. One River North
One River North promises to be "fantastic, if not downright outrageous," critic Michael Paglia predicted in his story last June detailing three Denver building projects that were raising expectations.

The sixteen-story building at 3930 Blake Street is the work of MAD Architects — a Beijing-based firm with offices in Los Angeles and Rome that has only designed two residential works in this country — and Denver’s Davis Partnership Architects.

"One River North will hardly blend in with its surroundings," Paglia predicted. "On the west side, overlooking the railyards with unobstructed views of the mountains across the tracks, the tower will have an arcing facade mostly covered in mirrored glass-curtain wall panels accented by horizontally mounted thin metal ribs. The mirror panels will take the form of three large, irregularly shaped shards, and in the void between the separate parts there will be spaces and plants suggestive of a Rocky Mountain canyon. The void will climb up the middle of the building to a park-like roof garden planted with bushes and trees and equipped with a swimming pool. No other structure in the city has as pronounced of a biophilic component as the one projected for One River North. If it all comes together as planned, this will be the coolest building not just in RiNo, but the entire state."

And now it's coming together: The development team celebrated the building's topping out last month, standing on what one day will become a nearly 7,000-square-foot rooftop terrace, featuring a pool, spa and garden framed by dramatic Rocky Mountain views. But the true defining characteristic of One River North will be that ten-story landscaped canyon being carved into the building’s sixteen-story facade.

The project broke ground in fall 2021 in the heart of the RiNo Art District, and unlike many of the other new builds in the area, it should live up to the creative district's claims of being a place "where art is made." It's slated for completion in late 2023; find out more here.
KEEP WESTWORD FREE... Since we started Westword, it has been defined as the free, independent voice of Denver, and we'd like to keep it that way. With local media under siege, it's more important than ever for us to rally support behind funding our local journalism. You can help by participating in our "I Support" program, allowing us to keep offering readers access to our incisive coverage of local news, food and culture with no paywalls.
Make a one-time donation today for as little as $1.