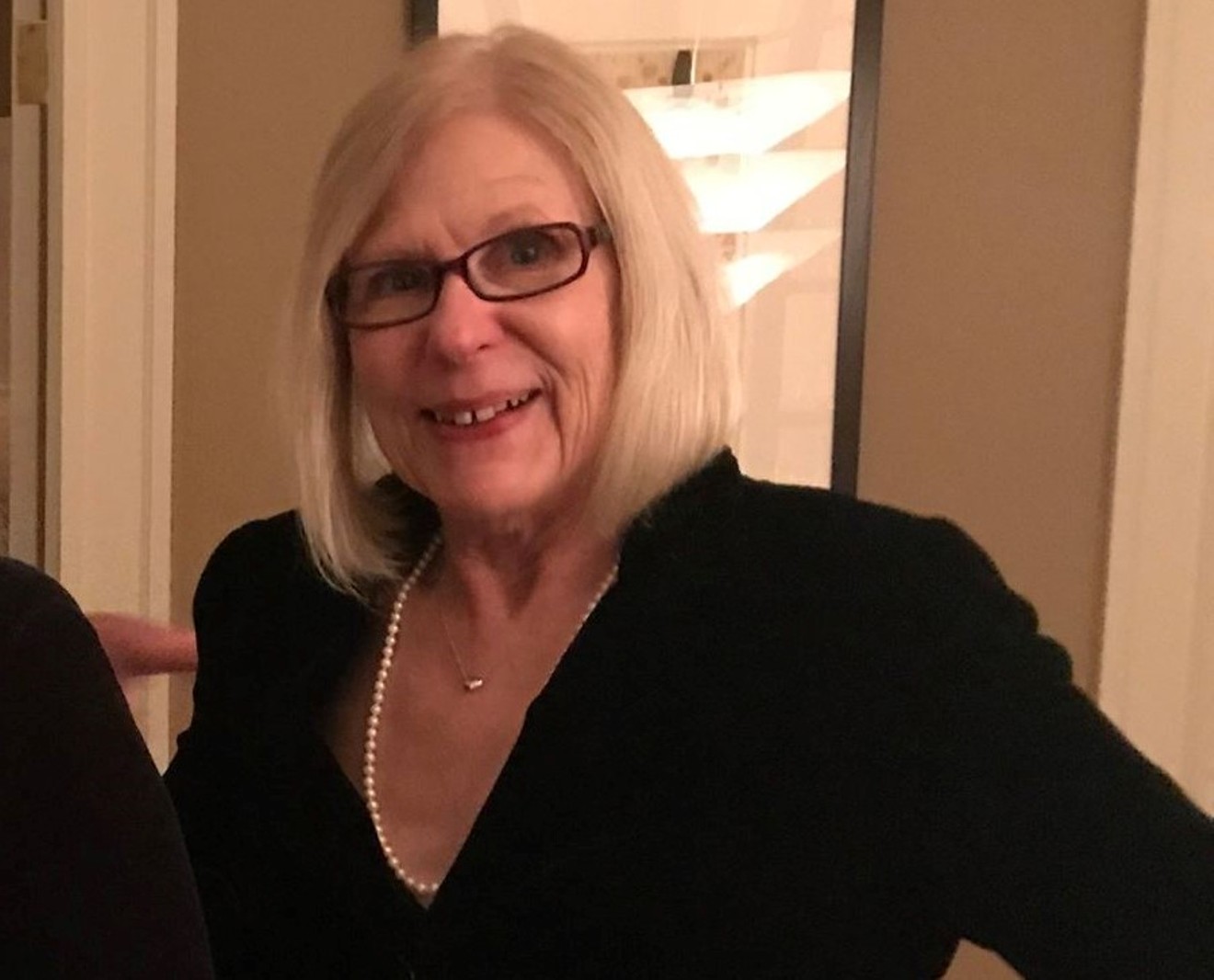 Mary Voelz Chandler wrote about culture, but she was a cultural icon herself. Michael Paglia
Mary Voelz Chandler, one of the most significant voices in the history of Colorado's art and architecture scene and a beloved friend, colleague and cultural icon, has succumbed to cancer after an arduous year-and-a-half-long struggle.

Mary was born in St. Louis, Missouri, on June 14, 1948, the eldest of the three children of Earl and Doris Voelz. She attended the University of Missouri in Columbia; in 1970, almost immediately after earning her bachelor of journalism degree, Mary was hired as a reporter at the Flint Journal in Flint, Michigan. The following year, she married Michael Dissen, an aspiring television broadcaster, a job that required the couple to relocate several times while he built his career. Mary went on to work for the Rochester Times-Union, in New York, and then the Norfolk Ledger-Star, in Virginia. She ended her first marriage in 1981 and that same year married David Leon Chandler, a Pulitzer Prize-winning author who also worked at the Ledger-Star.

The newlyweds moved to Miami, where Mary was hired as a writer and editor in the Sunday department at the Miami Herald, where her focus was music, food and the arts. David worked as a freelance writer for the Time-Life combine of magazines, and in 1984 the couple was offered the opportunity to establish a Rocky Mountain bureau for People. They moved to Conifer and opened the bureau, working as a team to contribute stories with regional themes to the magazine. When the bureau closed after a few years, Mary and David moved to Denver in 1987.

Mary got a job as a reporter at the Rocky Mountain News, writing on architecture, construction and historic preservation. In 1990, she convinced her editors to add art reporting to her regular assignments and launched a weekly art column. Notable among her articles was her definitive accounts on the then-nascent Scientific and Cultural Facilities District, an innovative arts funding source in the Denver metropolitan area, which had begun operation in 1988. She wrote about the low points in city architecture, including the pointless demolition of I.M. Pei’s Zeckendorf Plaza in the 1990s, as well as the high points, none more elevated than the Denver museum-building boom of the early 21st century. She contributed exemplary reports on the resulting landmarks, including Daniel Libeskind’s Hamilton Building of the Denver Art Museum, the Museum of Contemporary Art Denver by David Adjaye, David Tryba’s History Colorado Center, the Clyfford Still Museum by Brad Cloepfil, and Olson Kundig’s Kirkland Museum of Fine & Decorative Arts. She followed all those projects — and many, many others —from start to finish, carrying out rigorous research and extensively interviewing all the principals, including the starchitect designers. In her highly regarded art column, Mary reviewed and critiqued hundreds of art shows and covered the unveiling of countless public art projects.

Mary worked at the Rocky Mountain News until it closed in 2009, just short of its 150th anniversary. During her time there, she served as a steward of the Denver Newspaper Guild. After the paper's closing, she was hired by prominent Denver architect Curt Fentress to work for his office, Fentress Architects, from 2009 to 2011, as a writer and researcher. In 2012, she was employed as a marketing and communication specialist at G. H. Phipps Construction Companies, retiring in 2017. In 2018 she started her blog, Chandler in Denver, which focused on city planning, architecture and development. 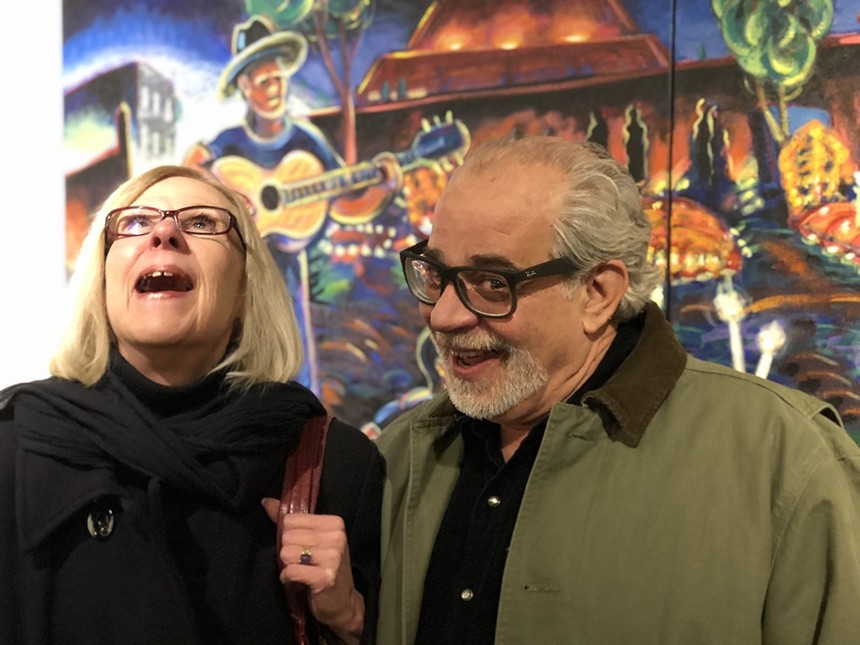 Mary Chandler and Michael Paglia.
Trine Bumiller
Known for her meticulous research and a no-nonsense approach to her work, Mary was the worthy recipient of several prestigious awards, including the 2005 AIA Colorado award for Contribution to the Built Environment by a Non-Architect, the 2012 Denver Art Museum Contemporary Alliance “Key” Award for her contributions to Denver’s visual art community, and many others. In 2015, she was inducted into the Hall of Fame of the Denver Press Club.

In the summer of 2021, Mary’s health began to fail; a few months later, she was diagnosed with esophageal cancer. After surgery and rounds of chemotherapy and radiation treatments, it appeared to be in remission. Sadly, this past spring, it was found that her cancer had metastasized. She entered the hospital Christmas week; after being released and spending a few days back in her book- and art-filled home, she was admitted to hospice for palliative care. She died in her sleep on January 10.

Mary was preceded in death by her husband; a Westword staff writer, David Leon Chandler died in 1994. She is survived by her brother, Eric; her sister, Lenore Voelz Augustine; a nephew, Anthony Augustine, and his wife, Melissa; and a great-nephew, Luke Augustine, all of St. Louis.

A small memorial dedicated to the memory of Mary Voelz Chandler is being planned; as stipulated in her will, a festive celebration of her life, to be funded by her estate, will be held in Denver after her ashes have been scattered in Florence, Italy.

Mary Chandler's myriad contributions to our knowledge of Denver art, artists, architects and buildings both historic and contemporary are legion. Her voice will be sadly missed.

The Denver Press Club has invited friends and family members of Mary Voelz Chandler to gather at 6 p.m. Friday, January 20, in her memory. Joe Rassenfoss will be master of ceremonies, and Michael Paglia, Patricia Calhoun and David Tryba will speak before the floor opens to attendees to share memories of Mary. The club is located at 1330 Glenarm Place; find out more here.
KEEP WESTWORD FREE... Since we started Westword, it has been defined as the free, independent voice of Denver, and we'd like to keep it that way. With local media under siege, it's more important than ever for us to rally support behind funding our local journalism. You can help by participating in our "I Support" program, allowing us to keep offering readers access to our incisive coverage of local news, food and culture with no paywalls.
Make a one-time donation today for as little as $1.