Improv is at the core of the new RISE Comedy Festival T.C. McCracken
The art of improv doesn’t get much more Colorado than RISE Comedy. The venue took over the Voodoo Comedy Playhouse space on Larimer just before the pandemic hit, and survived through online comedy workshops and the support of a dedicated community. Before the space was Voodoo, it was a marijuana dispensary; there are still labels of various strains of weed fading from the floorboards, if you look hard enough. We covered its reboot a year ago, when RISE opened its doors again to face-to-face events; now it's back, with the RISE Comedy Festival, from July 7-9 and July 13-16.

“Denver is an amazing place for comedy, and just an amazing place in general,” says Nick Armstrong, RISE Comedy co-owner and an actor/comedian himself. Armstrong is a Denver transplant, originally from Sacramento. “I’m a nature guy. I run a nonprofit that’s an outdoor retreat for improvisers. I was an Eagle Scout. I’m all in on that. But it was the comedy scene that really drew me in.” 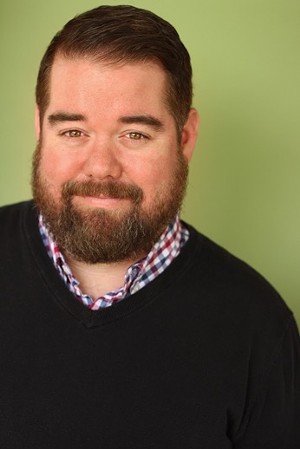 RISE Comedy co-owner Nick Armstrong says Denver is "a good place for comedy.”
Nick Armstrong
Not that Armstrong has left L.A. completely — he’s still doing his auditions, still flying out when performance calls. He’s just gotten back from shooting a pilot — a “very dark comedy about mental health” called My Way. “It was something a friend of mine from the Groundlings [an improv school in L.A.] wrote,” says Armstrong. “When I read the script, I thought it was fantastic. It was really good. But I still get auditions every week. I just tape them and send them in now. It’s the way the world is now, right?”

The bit about Denver’s comedy scene being impressive and solid is something many comedians have claimed before. “People don’t know how good the comedy community is here,” says Armstrong. “When you’re talking Chicago, New York, L.A., you’re talking those big markets, film, television, all that. Here, that’s not a big thing. People might want to pursue comedy professionally, but they’re doing it for the love of what they do. And their lives are a lot different here — people here have a lot more to pull from. When all you’re doing in L.A. is comedy, and you’re just hitting the wall all the time, your material will be like, ‘Dating in L.A. sucks’ — and a million comics can tell that joke.”

Armstrong adds that the audiences are better in Denver, too. “We had 78 people in the audience at last night’s open mic,” he says. “It was packed.” Those are the fans, Armstrong says, that he hopes come to the upcoming festival — just to enjoy the laughs. And he knows they’ll show up.

The festival is also about the support of the Denver comedy community. “Here’s a good example for you,” offers Armstrong. “So we have an open mic on Wednesday, right? In L.A., you go to an open mic, it’s just a bunch of comics who get up on stage, do their thing, and then walk right out the door to go to their next one. They’re doing a bunch in one night. Here in Denver, they stick around. They watch, they laugh. I’m not saying L.A. is bad; comics there are just trying to work. They’re just hustling. They can’t be as supportive as comics can be for each other here.

“That’s gotten around,” says Armstrong. “Denver is becoming known for it, and that’s a big part of how I’ve gotten industry professionals to make the trip. We want to show off what the city has to offer. These are not people coming out here because they need to, by the way. They don’t have to be doing this. But they agree to do it because they want to be here, because they love it, too. And I’ll tell you why: Because there’s a thing about comedians — we like to take care of each other. Even if we get work, even if we get famous, we still know where we came from.”

Armstrong ticks off a list of the pros the festival is bringing out: “I have the VP of Comedy Central coming in to do a panel; I have late-night bookers coming in to do a panel. It’s a great way for these comics to ask questions, get to set some goals for the coming year. Some of these industry folks just give out their e-mail, tell them to get in touch. That’s huge.”

The RISE Comedy Festival takes over from where the Denver Improv Festival (DIF) left off back in late 2019, but not without the permission. “It hasn’t been running,” says Armstrong, “and they weren’t planning to do it, so we said, 'Hey, can we run with this?' We didn’t want to step on any toes, you know? But they were like, 'Great, go for it.' They’re all friends; they all come to the theater. So here we are.”

Armstrong and his partner in RISE, Josh Nicols, are no strangers to the business side of comedy. Armstrong worked with the ImprovOlympic West in L.A., and the King Ten Improv Club in Santa Monica. He also taught and performed as a member of the L.A. chapter of the famous Groundlings comedy troupe, whose alums include Phil Hartman, Will Ferrell and Lisa Kudrow. Nicols ran a comedy club in southern California for over a decade, and also created an improv curriculum implemented by clubs including Utah’s Off the Cuff and Santa Monica’s Westside Comedy Theater. T.C. McCracken
The inaugural RISE Comedy Festival will take place over two weekends: the first, July 7-9, will focus on stand-up comedy and a competition for a cash prize and a meeting with none other than Comedy Central. The second weekend will take place July 13-16 and focus more on improv and sketch comedy, showcasing performers seen on shows such as The Amber Ruffin Show, Modern Family, Drunk History, The Office and more. A full schedule of events, and details about the competition, are all available on the RISE website.

The RISE Comedy Festival is sponsored by the Great American Beer Festival, just to make it even more Colorado-centric. “This is their fortieth anniversary,” says Armstrong, “so they’re trying some new things out, supporting local companies and organizations like us. We couldn’t be more pleased to be working with them — they’re a staple. I mean, we serve a ton of craft beers at our theater. It’s a great fit.

“You know what’s crazy?” Armstrong adds. “I’ve gotten three people to move here to Denver because of our theater. And three more that are looking to move out here soon. Like I said, it’s a good place for comedy.”

The RISE Comedy Festival, July 7-9 and 13-16, RISE Comedy, 1260 22nd Street. Tickets and more information are available at the RISE website.
KEEP WESTWORD FREE... Since we started Westword, it has been defined as the free, independent voice of Denver, and we'd like to keep it that way. With local media under siege, it's more important than ever for us to rally support behind funding our local journalism. You can help by participating in our "I Support" program, allowing us to keep offering readers access to our incisive coverage of local news, food and culture with no paywalls.
Make a one-time donation today for as little as $1.