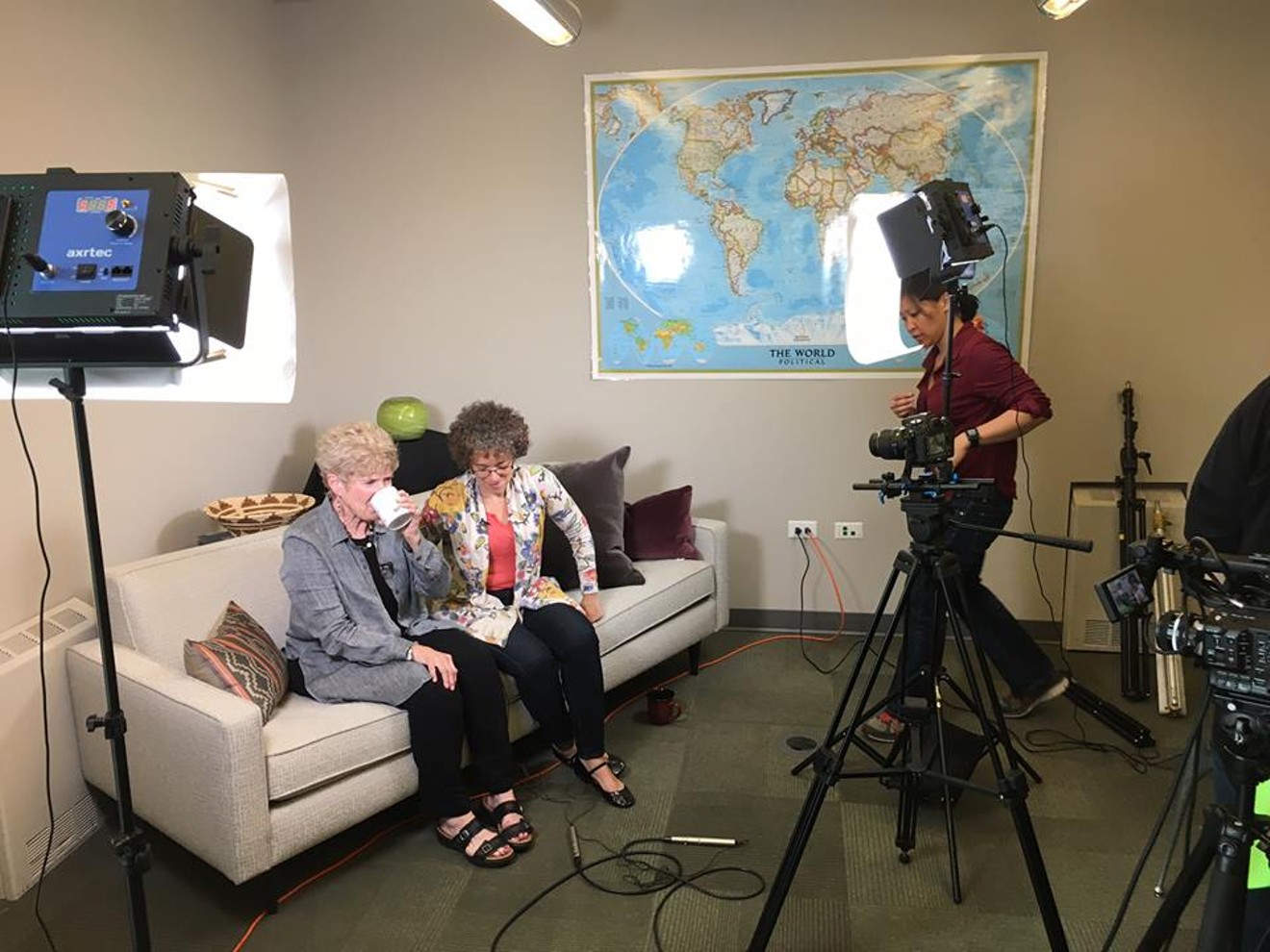 Filmmaker Trish Tolentino with a pair participating in "What Makes a Mother?" Rebekah Henderson
Rebekah Henderson, a librarian at the Ross-Cherry Creek branch of the Denver Public Library, met Trish Tolentino when the latter came into the library to film a participant in one of Henderson's reading programs. Tolentino owns Stories Not Forgotten, through which she makes short documentaries for families, capturing stories and interviews as a video keepsake. "I thought that was such a beautiful idea," says Henderson. "I lost my mom a year ago to cancer, and I thought of all the questions I should have asked her. I wish I had some footage like that of my mom."

She suspected other families might feel the same, and, wanting to give the gift of recorded stories to some Denverites, she enlisted Tolentino's help to create a celebration of mothers through the library, interviewing several mother-child pairs from around Denver and compiling a short documentary called "What Makes a Mother?"

"We did interviews with a bunch of different moms from around Denver, talking about motherhood," says Henderson. "I was surprised by the amount of stuff that people shared — it was really personal stuff. There’s a lot of crying in it. I was surprised by how open and honest people were. We don’t have a culture where it’s acceptable to say anything about being a mother except, 'Oh, it’s wonderful.' A couple of people we interviewed here said that, but also things like, 'I can’t believe I have a baby.'" 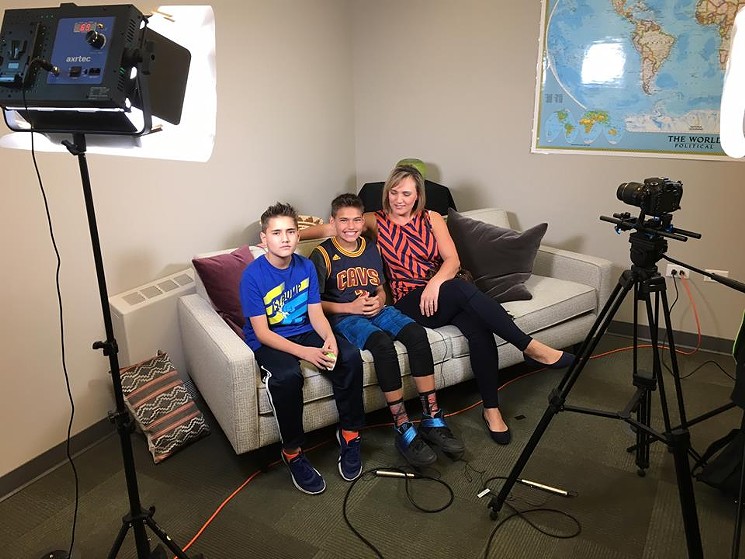 Rebekah Henderson
The filmmakers will give each pair the unedited version of their interview as a Mother's Day gift, but they've also pulled out the most poignant and resonant sentiments and compiled a 35-minute film that they'll screen at the library just after Mother's Day. Henderson believes that it's cathartic for moms to watch other moms, and that many observations in the film are relatable for anyone. "Everyone has a mom," she points out.

And they hope to be able to give another gift through their work: Over the course of the interviews, Henderson and Tolentino met Barbara Hoffman and her daughter Marlow, and learned that Barbara was looking for a kidney. "I asked, 'What’s the proudest moment?'" Henderson recalls. "And Barbara says, "Well I’m looking for a living donor for a kidney, and my daughters are helping me doing that.' I was really moved by that; it would be so great if we could get her a kidney." To that end, they plan to drive viewers of the documentary toward Barbara's Facebook page for kidney donation.

If this screening goes well, Henderson would like to look into compiling other oral histories for Denver residents. "It would be cool to partner with a genealogy department, or interview old residents in Five Points, to really capture the history of the city." 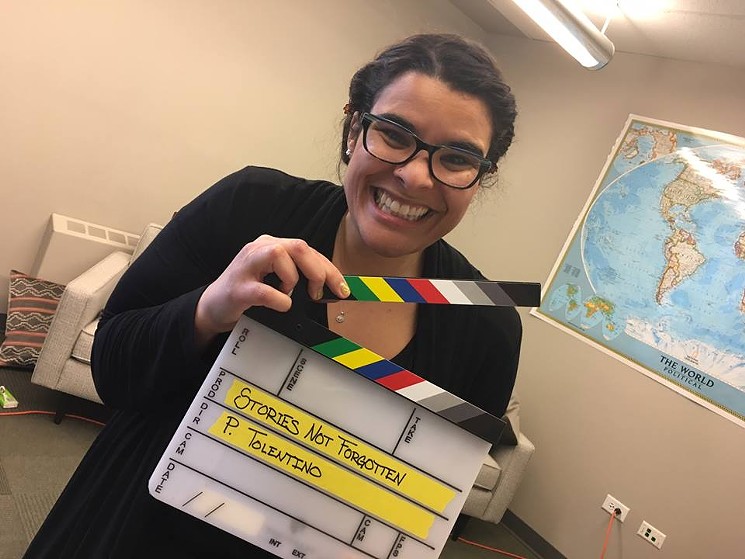 Filmmaker and librarian Rebekah Henderson.
Courtesy Rebekah Henderson
And regardless, she thinks this is a really good Mother's Day present for the participants. "All the moms and daughters said, 'This was such a lovely experience; we don’t take time to be with our families like this,'" she says. "It's such a special thing."
The film will screen one time only, at the Ross-Cherry Creek Library on Tuesday, May 16, at 6 p.m. No reservations are necessary, but you can find more information via the library's event page, or RSVP at the event's Facebook page.