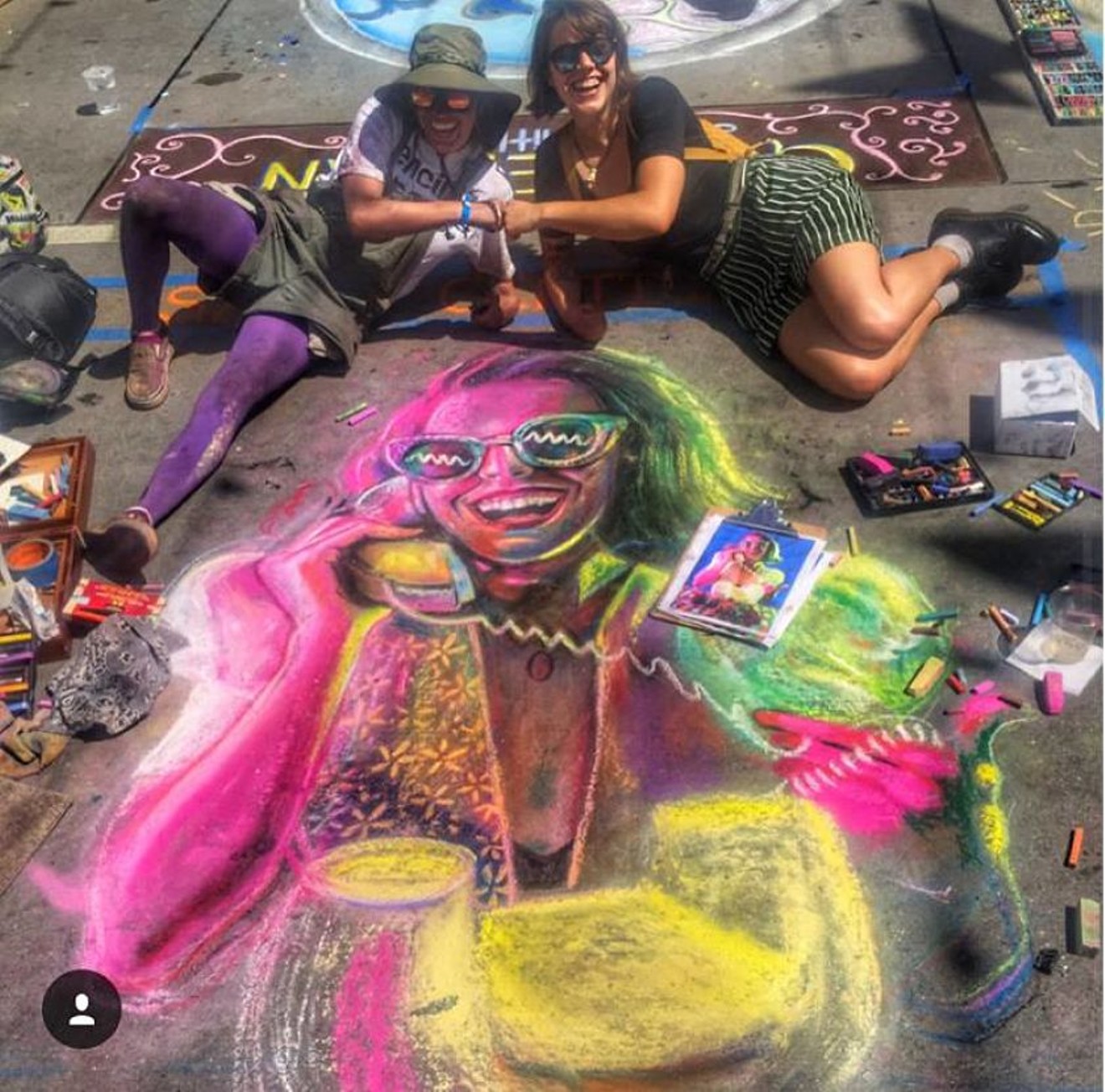 Sally Centrigrade made its mark at Larimer Square's recent Chalk Art Festival. Larimer Square
The art gallery exodus to Lakewood continues. At the end of the month, Sally Centigrade, our Best of Denver 2016 winner for Best Lowbrow Art Gallery, will close its three-and-a-half-year-old space in Larimer Square and open in a new spot in Belmar. "We're super-excited to be in a bigger space with other galleries," says Maya Bailey (aka artist Mayah Mazcara). "We've way, way outgrown our space, and being able to show the amount of artists that we have....we had to move."

And like other artistic enterprises that had long been mainstays in Denver — including Pirate: Contemporary Art and Reed Photo — Sally Centigrade is moving to Lakewood. Size wasn't the only consideration, Bailey says: People just weren't coming to Larimer Square and LoDo to see art. To eat, yes; for First Fridays, no. 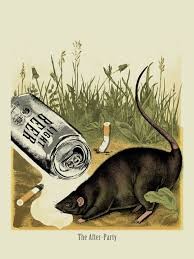 Arna Miller will have the first show at the new location.
Arna Miller
She didn't start out looking in Lakewood, but she couldn't find any good gallery options in Denver. "A lot of the spaces in Denver were huge or even office-ized," she explains. "Also, the price was really high; I can't do that."

Bailey started looking along Colfax Avenue, but then spotted a vacancy sign at Block 7 in Belmar, where Sally Centigrade will join other galleries in the complex. "We've been kind of an island," Bailey says. "It will be nice to be near another gallery, have an artwalk, have a big opening. I was touched by how much Lakewood was doing to attract artists."

Sally Centigrade's last day in Larimer Square will be June 30. By then, the Lakewood outpost will already be up and running, with a big show by artist Arna Miller opening June 28.

Find out more at sallycentigrade.com.