BETC Marries Science and the Arts in Four Short Plays 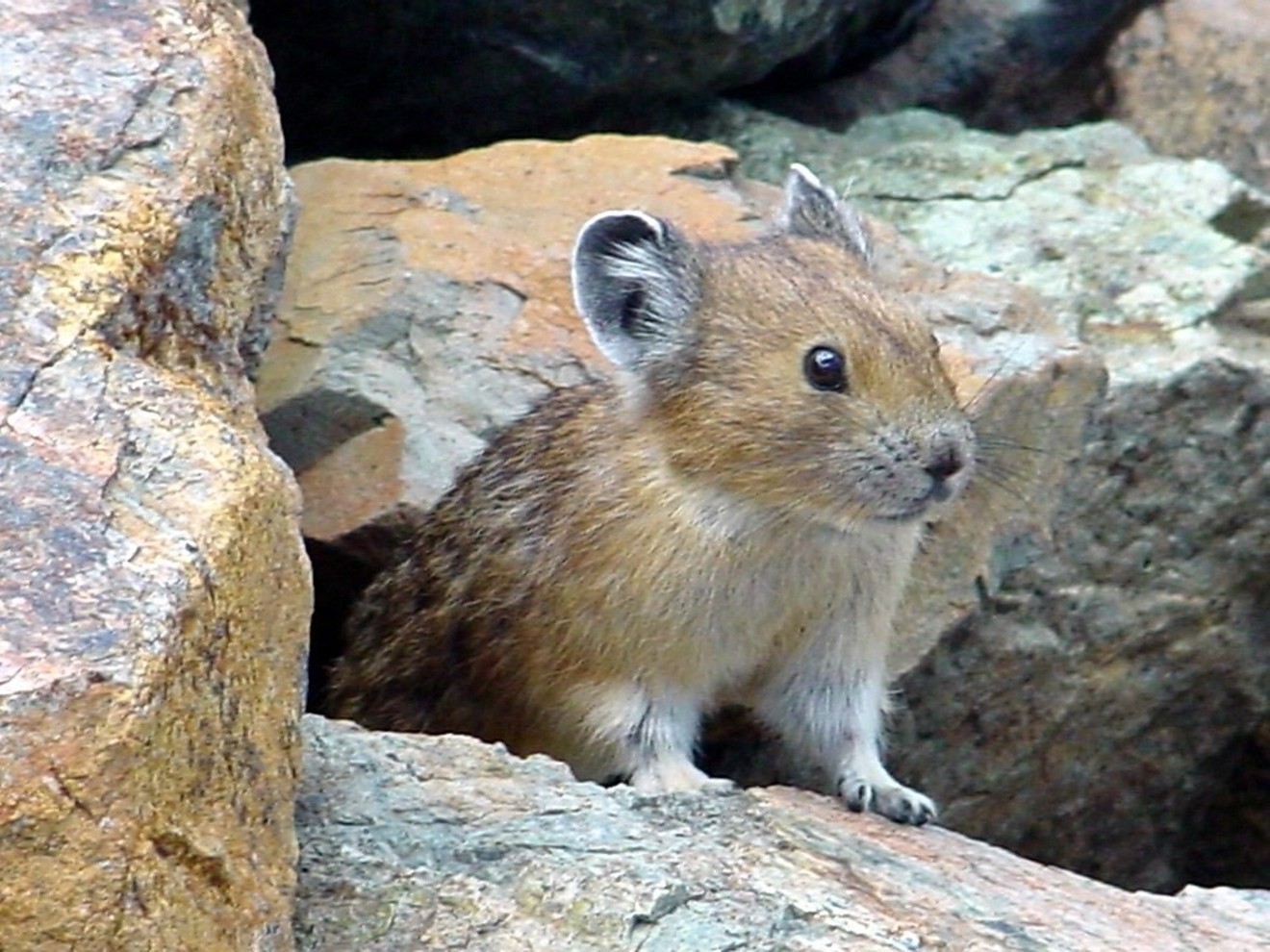 The Boulder Ensemble Theatre Company's Science Shorts includes four plays at the intersection of art and science (including one that looks at what humans can learn from the pika). Mahalie Stackpole, Flickr, Creative Commons
In a highly influential essay called “Two Cultures” published in 1959, author C.P. Snow deplored what he saw as the division between two of the most important areas of knowledge — science and the humanities — which he believed hindered human progress. The parameters of the debate have changed since then, with a slew of books and essays by scientists and science writers attempting to communicate scientific concepts to the general public. But there’s also widespread skepticism about climate science, vaccinations and a fact-based approach to the coronavirus pandemic indicating that the gap remains.

Heather Beasley, associate producer for the Boulder Ensemble Theatre Company, is creating an ambitious new program that brings local scientists and playwrights together and is intended to increase artists’ understanding of science and perhaps also scientists’ appreciation of the arts. Science Shorts — four plays focusing on such diverse topics as the need to understand climate history and what humans can learn about resilience in the face of stress from a small, rabbit-like mammal called the pika — will stream from Thursday, January 21, through Sunday, January 24.

Westword caught up with Beasley and playwright Fashaw and scientist Bhattacharya to learn more about the project in three separate interviews.

Westword: Tell us more about why you undertook this project?

Heather Beasley: When it comes to education and to public funding, I am a big fan of turning STEM into STEAM. The arts are simply essential to successful science communication projects. Our fields are visionary and interdependent. We can make the most amazing things in spaces where artists and scientists are both at the center of the work to be done.

How did you get the idea for Science Shorts?

I created this program for BETC in part because of a similar program at Stony Brook University in New York run by Ken Weitzman, our 2019 Generations resident playwright. He did this on behalf of the Alan Alda Center for Communicating Science there. In 2020, SBU's Science on Stage program commissioned short plays from three professional playwrights, then hosted online play readings and a panel discussion with the playwrights and scientists involved.

BETC's Science Shorts program puts our own twist on the SBU model. Our online presentation will alternate between the four short plays commissioned from Colorado playwrights and four short general-interest science talks from the Colorado researchers whose work inspired those plays.

Is this program part of a longer project?

In the future, we're interested in helping to create and participate in a network of university research-professional theater partnerships to do this kind of art-plus-science work. A future dream would be to share similar new play projects with communities and schools across the country.

Can you talk about the supposed gulf between science and the arts?

Artists and scientists overlap in their explorations of the universe. Scientists measure its composition and try to deduce its processes, while artists observe and try to describe its beauty and brutality. Both work with intense focus on particular problems, sometimes for many years. Both rely on a combination of craft, inheritance, methodical application and intuition to arrive at new insights.

We frequently misunderstand each other, but we're more alike than different. From our earliest school days, when science and math are daily requirements but the arts are electives, it's easy to forget that creative thinking, close observation and attention to detail are tools of the artist as much as the scientist.

Projects like this one can help reconnect and repair some of those broken links between our disciplines, which are not as distant as many people think. 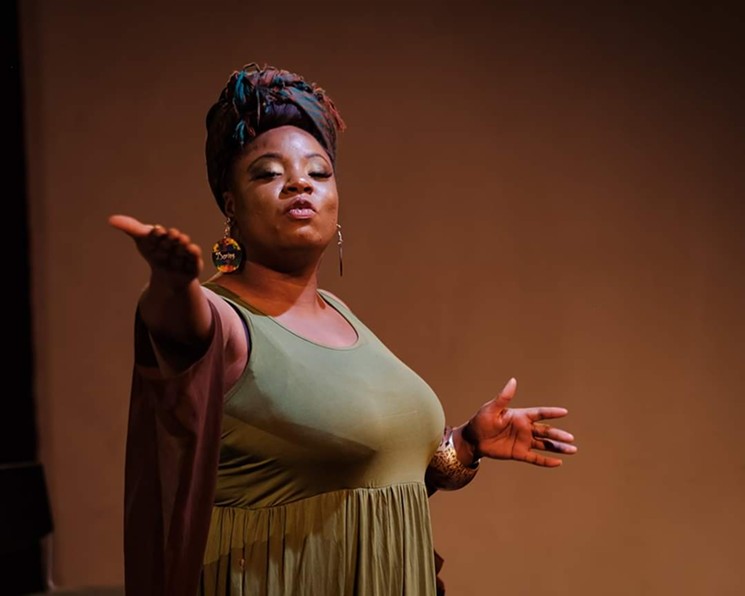 Kenya Fashaw as Lady Green in For Colored Girls Who Have Considered Suicide When the Rainbow Is Enuff.
Brian Miller
In an interview with playwright Kenya Fashaw, Westword found strong agreement with Beasley.

Westword: How did you get drawn to the Science Shorts project?

Kenya Fashaw: I love science. I work at the Museum of Nature & Science, and I am also a playwright. When I saw the submission for it, it felt like it was a great fit.

Your play, Mausim, deals with climate change over time. Have you always been interested in climate issues?

I always have a curiosity about science on all levels. I hadn't studied the effects of climate issues in detail until I started to dice into Atreyee's research. It really opened my eyes to the overall long-term effects climate can have on the evolution of people.

Do you think artists and scientists tend to have any special affinity and/or many interesting and intriguing things to share with each other?

Of course, artists and scientists are natural creators. There will always be new and exciting discoveries that can benefit everyone.

I understand you and Dr. Bhattacharya worked together closely. Can you describe the process?

Atreyee provided data, research work and a complete outline of her focus and topic on climate and the effects it has on humans. I was able to take a small study course deep into her research to fully understand the process. We went back and forth making sure the science of the story was accurate several times. I created the storyline and corrected the science, and we were both happy with the outcome.

Were there moments of misunderstanding between you? Moments of illumination?

Definitely. For me it took a while to fully grasp how a paleoclimatologist can look back in history to see how climate was. I watched videos about sediment coring, and actually being able to see it for myself gave me that Aha! moment, and I was able to wrap my mind into creating a story with that information.

Your play is about a paleoclimatologist and her daughter discovering unexpected family history while they’re on an expedition in India. Any thoughts about the way this play brings a personal human story into the world of science?

I believe by creating a domestic approach and building relationships, you can have an awesome story. The science involved gives it layers and creates an awareness and educating opportunity, not just entertainment.

What would you like an audience to take away from this?

To be able to understand the power of science. As a playwright, I want to be able to take you on a journey that will incite a part of your mind you haven't realized was there. 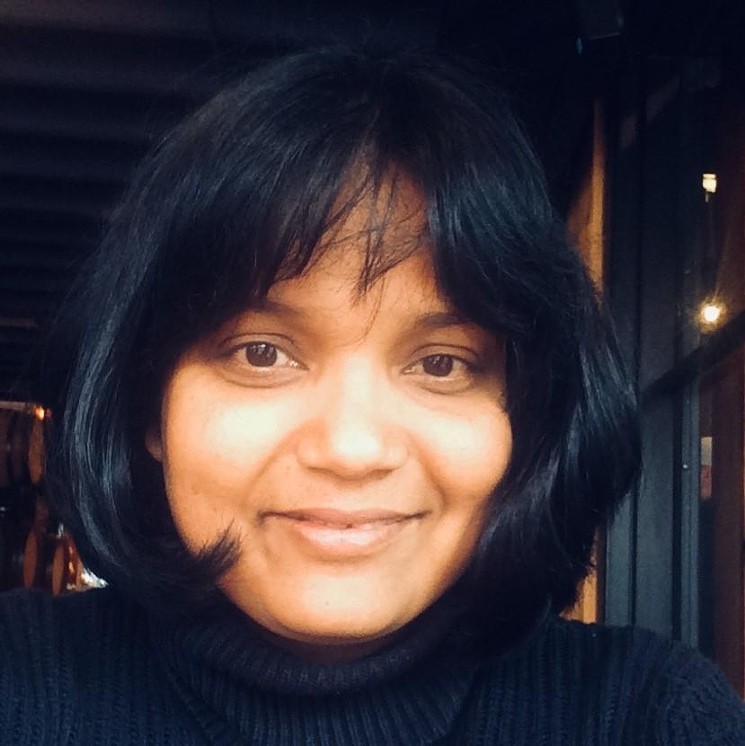 Westword: Could you tell us what you have taken from the experience of working with the BETC program?

Atreyee Bhattarcharya: The opportunity to study something that has not already been studied, the possibility of engaging a multi-disciplinary group of scholars, scientists and practitioners, the application component of the work and the freedom to apply my expertise with different kinds of data and samples!

Do you think of Science Shorts as a way to expand general understanding of your field — particularly on a topic where many scientists have been silenced, and at a time when we've just endured four years of an administration that's tried to undermine the validity of the entire scientific project itself?

The start of the project predates the [Trump] administration. I started thinking and working on it since 2013. And yes, getting this work done as a female climate scientist — especially of Indian origin — has been challenging. But I have had the support of wonderful colleagues and peers in both countries, and that has kept me going.

Are you drawn to the arts in general and theater in particular? Do you find connections between science and the arts?

I can say this from a personal point of view; I find art and science both allow me to see things in a new way, finding meaning in something that otherwise no one would find meaning in, but once you see it you can't forget or ignore it.

Can you tell us a little about the process of advising on this play? Did you work closely with Kenya Fashaw? Did the two of you make interesting discoveries along the way?

Yes, I have worked very closely with Kenya. I can say for myself that I have discovered the human emotional connection for my research through Kenya's work. I will always be grateful to Kenya for taking me on this journey of self-discovery. I feel that after this project, I will be able to talk more tangibly about my research to my family, friends and community members.

The playwrights and scientists will take part in a live Zoom moderated conversation on Sunday, January 24, at 4 p.m. Register to receive the streaming link at betc.org/scienceshorts; you can also opt in to get the Zoom link to the plays and talks. All events are free and sponsored by the Boulder County Arts Alliance and NEST Studio for the Arts.
KEEP WESTWORD FREE... Since we started Westword, it has been defined as the free, independent voice of Denver, and we'd like to keep it that way. With local media under siege, it's more important than ever for us to rally support behind funding our local journalism. You can help by participating in our "I Support" program, allowing us to keep offering readers access to our incisive coverage of local news, food and culture with no paywalls.
Make a one-time donation today for as little as $1.