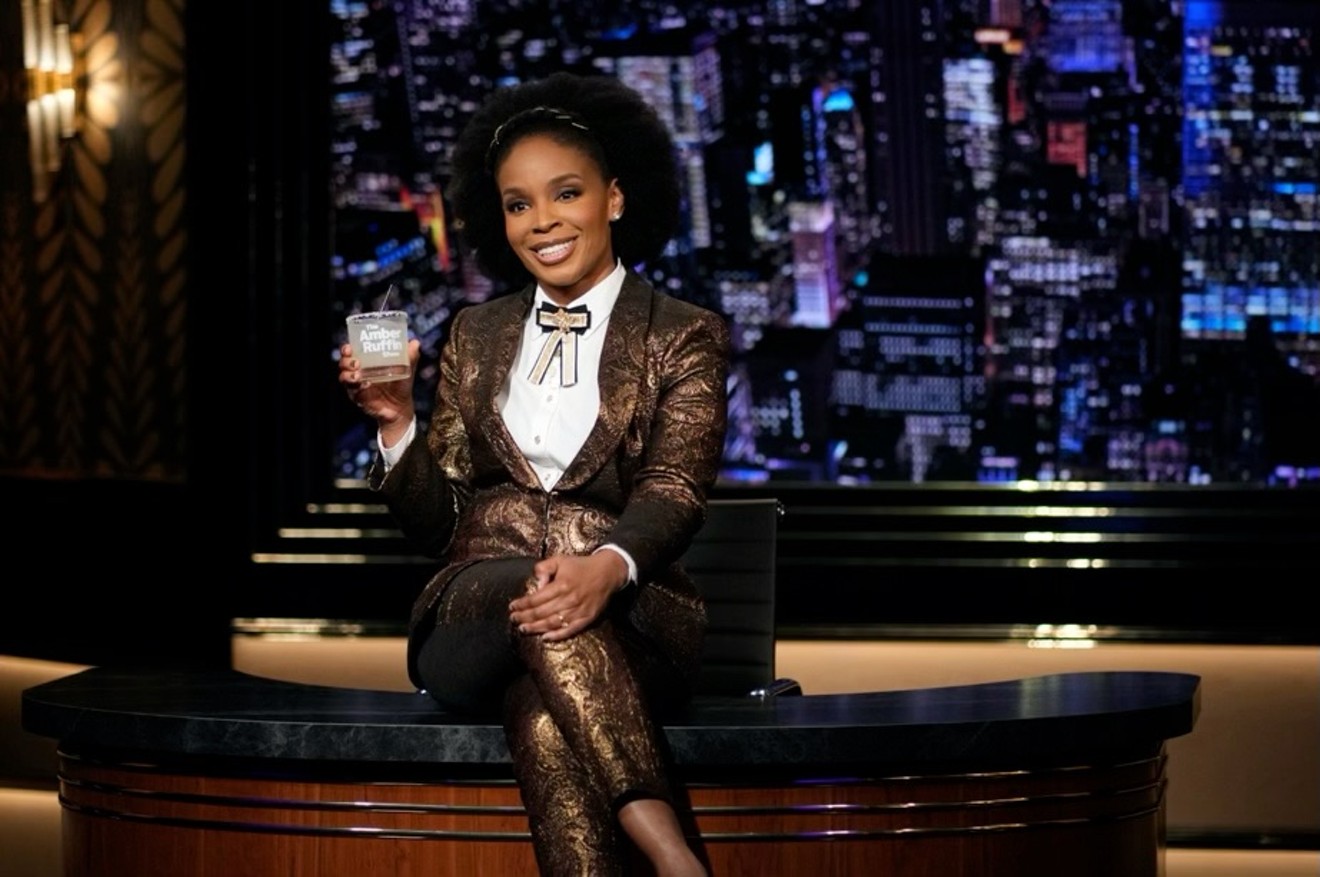 Amber Ruffin will host the festival's Red Rocks Benefit. Courtesy of SeriesFest
SeriesFest co-founder Randi Kleiner hopes that the festival's growth over the past seven seasons has at least proven there is still a thriving interest in independent film and television. What began as a weekend-long event has become a six-day festival with year-round initiatives that connect independent creators with network industry professionals and resources.

SeriesFest's eighth season begins on Thursday, May 5, and runs through Wednesday, May 11. One of the most glitzy independent titles screening this year is the pilot episode of Bring on the Dancing Horses, created by husband-wife duo Michael Polish and Kate Bosworth. Polish directed and co-wrote the Bosworth-starring series about an Old West assassin working alongside other notable Hollywood names, including Lance Henriksen (The Terminator, Aliens) and Joseph R. Gannascoli (The Sopranos). The series hopes to find a distribution home through SeriesFest.

Pilot showcases and competitions are just some of the ways that SeriesFest champions independent creatives. It's always a highlight for SeriesFest Director of Programming Claire Taylor, who is drawn to the pilot 5150, directed by Denzel Whitaker and produced by David Oyelowo, for its timely commentary on social activism. Another standout is Syd & Mike, a sketch comedy following the misadventures of two neurotic New York roommates, which sounds like the makings of a new Seinfeld.

SeriesFest also hosts a Pitch-a-thon program for creatives to get their ideas in front of executives, as well as screenings followed by feedback for pilots in progress, one-on-one workshops for creatives, and more. This year's lineup also includes fifteen international projects.

A centerpiece of the festival is the Red Rocks Benefit on Sunday, May 8, which will include comedian Amber Ruffin hosting a special screening of an episode from her NBC series, The Amber Ruffin Show, as well as a performance by rock band Lake Street Dive. A soon-to-be prolific comedy writer and performer, Ruffin has worked on titles including A Black Lady Sketch Show, Late Night With Seth Meyers and Detroiters. She feels that TV writing should be celebrated for the volume of work required alone.

“Writing a movie has a beginning, middle and end, but writing a series rarely does,” Ruffin explains. “It’s hard to know when your show is going to stop, so you go on writing it like it’s going to be on forever.”

Ruffin's evening at Red Rocks Amphitheatre will serve as her debut not just at SeriesFest, but also at the iconic venue itself. While she lived in Denver for a year early on in her career, Ruffin failed to make it out to Morrison, which has bummed her out ever since. “I assume it’s the coolest place,” she says.

Ruffin also hopes the festival will champion the need for more diversity in the industry. She notes how the years 2019 and 2020 saw television shows embracing more writers and directors of color as well as more non-white actors in lead roles, according to UCLA’s 2021 Hollywood Diversity Report. However, there are still innumerable discrepancies. “We are seeing a lot of improvement of diversity in shows, actors and even producers, but now we need Black executives,” Ruffin says.

Kleiner and Taylor agree. They say that when it comes to both their own personal viewing and their programming for the festival, knowing about the storyteller and their background is a high priority. Diversifying executives isn’t something that can be fixed simply by a six-day destination festival, however.

SeriesFest aims to make an impact with its Executive Elevation Mentorship Program, which pairs underserved voices with industry professionals. At this year’s festival, the past two classes of mentors and mentees will be able meet in person for the first time, as the last two festivals have been virtual because of the pandemic.

And the pandemic years have brought several shifts in focus for the festival. Kleiner and Taylor anticipate conversations about the impact of streaming, and the audience demand for social activism in the wake of 2020 Black Lives Matter protests will permeate panel discussions throughout the week. Those panels have included CEOs of such companies as Lionsgate and Netflix, which has lost nearly 1 million subscribers since the start of 2022, according to Reuters. The streaming field might have hit its peak.

"Over the last few years, we’ve seen the rise of these streaming platforms," says Kleiner. "At some point there’s a threshold, and now we’re starting to see what that threshold is. Are people choosing three things to subscribe to, or five, or two? What is the median that people are willing to do? Then are we going to see bundles, mergers?"

For Taylor, the answer goes back to the need for executive diversity that Ruffin mentioned.

"It’s the change of leadership that’s going to get us through the ‘is this too much' phase," she concludes. "Because it’s all about who’s curating this content, who’s running these companies. I’m excited to see how we shift with the tides again."

SeriesFest Season 8, Thursday, May 5, through Wednesday, May 11. Get festival passes or individual tickets on the SeriesFest website.
KEEP WESTWORD FREE... Since we started Westword, it has been defined as the free, independent voice of Denver, and we'd like to keep it that way. With local media under siege, it's more important than ever for us to rally support behind funding our local journalism. You can help by participating in our "I Support" program, allowing us to keep offering readers access to our incisive coverage of local news, food and culture with no paywalls.
Make a one-time donation today for as little as $1.