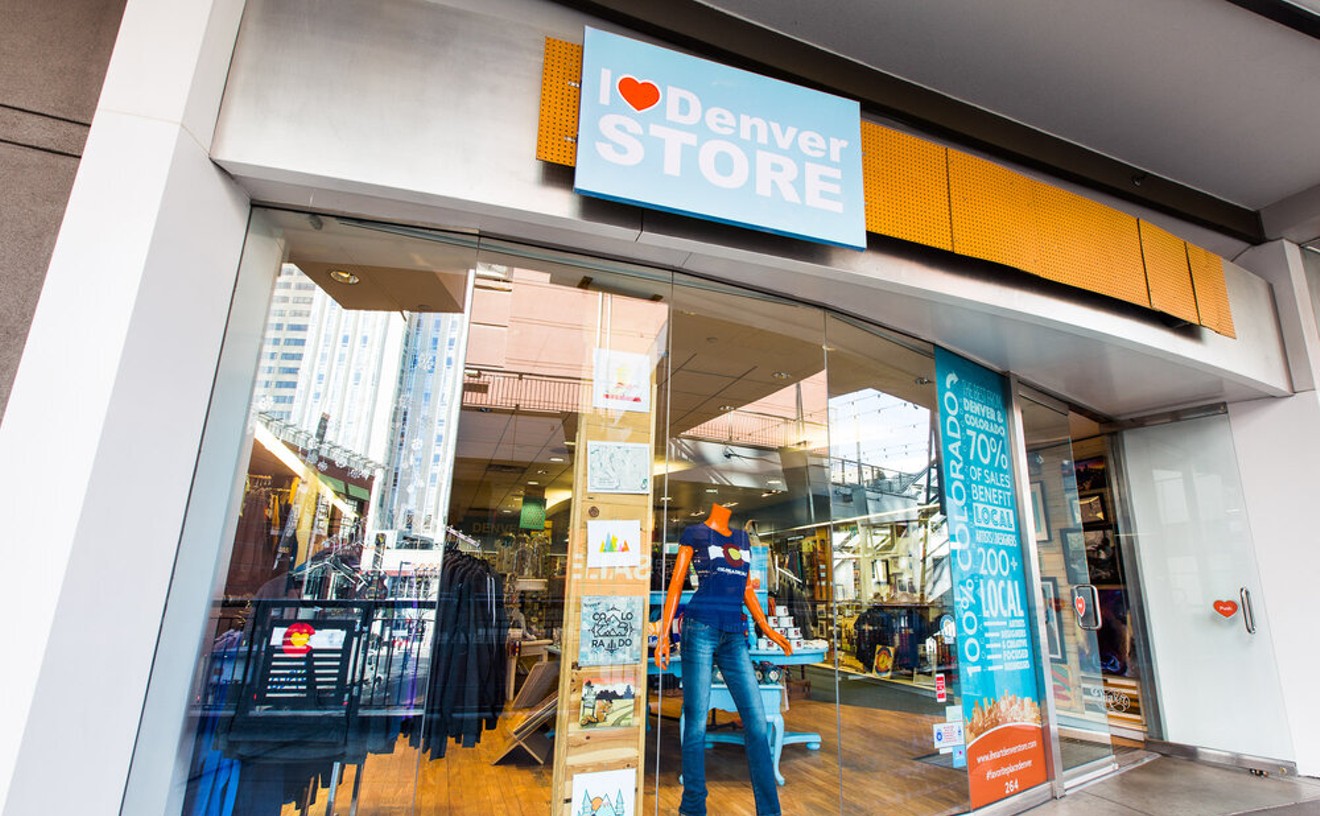 We heart the I Heart Denver store and its founder, designer/entrepreneur Samuel Schimek. He started this enterprise devoted to local artists, makers and all things Colorado in 2011, and it's become the go-to spot for tourists and locals alike. Where else can you find a scratch-off poster that lets you note all the fourteeners you've climbed, or a shaker full of Colorado wildflower seeds, or shot glasses devoted to the Big Blue Bear? As the long-anticipated (long-dreaded?) renovation of the mall gets underway, I Heart Denver remains a bright spot illuminating all the creativity in Colorado. In fact, the city would be wise to just turn this entire stretch of 16th Street over to Schimek; we'd love to see what he could do with it.

Now that the horrific plans to turn DIA's Jeppesen Terminal into a shopping mall are dead, it's time to bring on the fun! Longtime Denverites fondly recall when the Tattered Cover was still in Cherry Creek North, the nearby Chez Jose was serving up fat burritos the size of a loaf of bread, and Kazoo & Company was the coolest toy store around. It closed in 2014, the victim of both the ease of online shopping and significant changes to the neighborhood. But a small part of Kazoo & Company survives at DIA, and it brings the kid in us joy to see it every time we're on Concourse B. It's not as big as the original, and it doesn't have near the astounding inventory. But it's an oasis of entertainment in an airport that can sometimes be a joyless place, and we'd like to see some of its magic spill into the terminal.

Before South Park's creators announced that they were taking over Casa Bonita, before Meow Wolf opened in the shadow of the viaduct, West Colfax Avenue was already starting a comeback. One of the prime drivers: Little Man Ice Cream Factory, which opened in 2019 as a production kitchen for the various stores in the Little Man empire, as well as a Willy Wonka-like tasting room whose decor is almost as tasty as the ice cream and other confections made here. But there are more sweet treats in this spot, including special events ranging from fundraisers to swing dances to yoga classes that draw people from the neighborhood — and beyond. Cool! 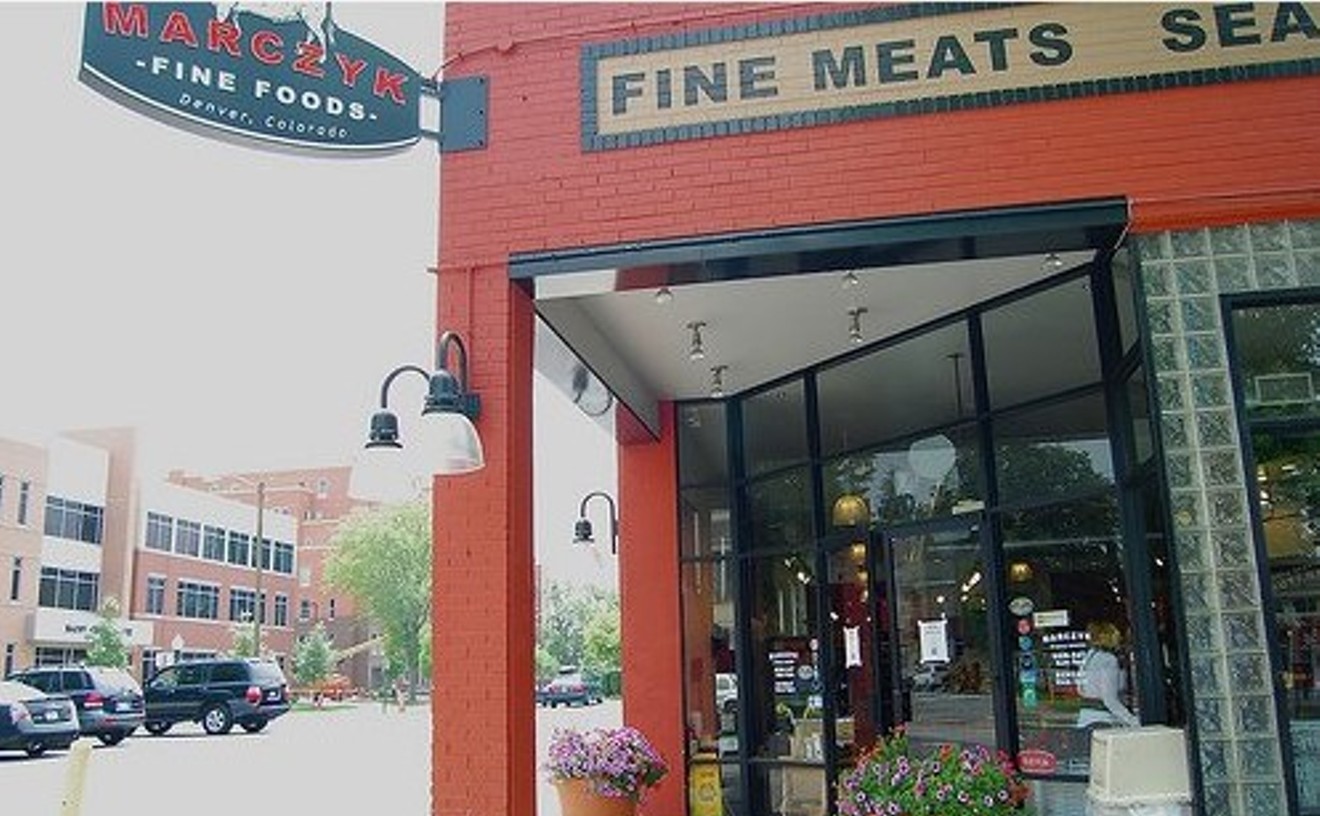 In April 2002, Marczyk Fine Foods opened the doors of its first market on East 17th Avenue, a place that celebrated quality ingredients and products — and local community. In 2011, the crew behind the store — husband and wife Pete Marczyk and Barbara Macfarlane, as well as brother Paul Marczyk — opened a second outpost in an old Safeway on East Colfax, a bigger store that featured all of the same amenities, along with a kitchen to up the ante on prepared foods and a next-door liquor store. Over the years, Marczyk's has added a bakery and an even bigger food-prep facility (with a lineup overseen by chef Jamey Fader), as well as events that draw traffic off of Colfax, but the goal of emphasizing both quality and community remains. Now, as the enterprise celebrates its twentieth anniversary, it continues to grow; there's always something cooking at Marczyk's. 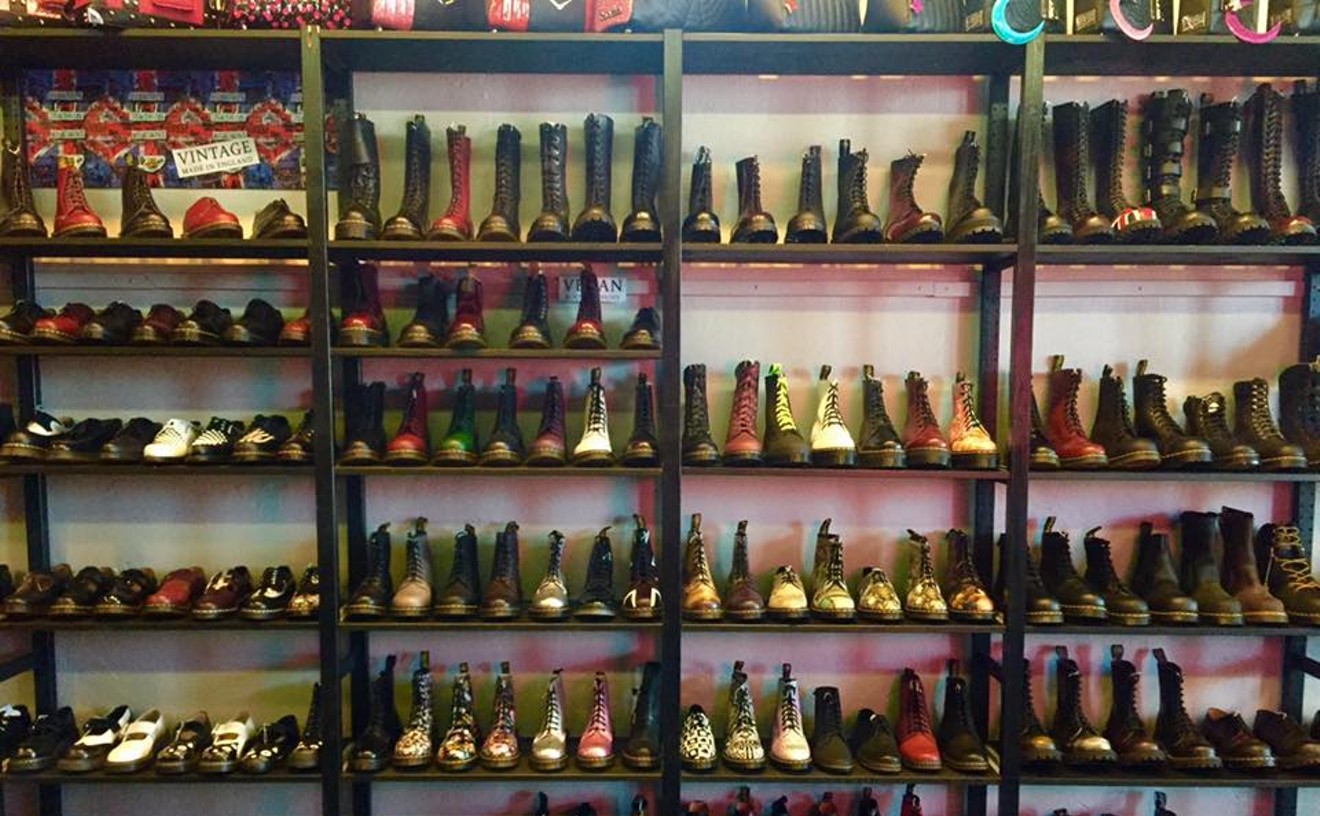 FashioNation has the energy of a teenager...but it turns 35 this year. The store founded in 1987 by Paul and Pam Italiano as a safe place for punks, goths and other alternative kids to safely explore their identity through clothes got a new lease on life during the pandemic. Daughter Sydney made a TikTok documentary on the shop that went viral, bringing FashioNation a new generation of online shoppers. But we like stopping in the store on Broadway, to check out the Doc Martens releases, see the latest lines (including Forest Ink, run by a goth family), maybe catch a rock star or two, and celebrate that what's old is new again. Bonus points for the Babysitter's Nightmare alter-ego. These kids are all right.

Before Pearl Street got so tony, full of fancy eateries, Free People and shops stocking ladies' yogawear and running gear, there was El Loro, a store that would have been called funky back in 1977 when it first opened, popping up on the then-brand-new Pearl Street Mall. It's still funky decades later, part rock shop and part jewelry store — a place where college kids can buy affordable gifts from around the world, tarot cards and crystals to hang around their necks, and smooth polished stones or pewter charms to keep in their pockets. El Loro lacks all pretension, is tourist-friendly, and a great place to take kids shopping. We hope it stays that way for at least another 45 years.

Along with every April Fools' Day comes the biggest joke in Denver: the start of street sweeping, which seems to run like clockwork no matter what other services in the city are breaking down, or when your trash is now slated for pick-up. But at least Denver offers a free reminder that you're about to get a fifty-dollar ticket if you don't move that car: Sign up on denvergov.org for My pocketgov, which will send monthly alerts right before your street-sweeping day. After that, it's up to you.

If you don't know Brother Jeff, you don't know the heartbeat of Five Points, where Jeff Fard serves as switchboard, business booster and opinion-maker for the Black community at large. The new Black Dollar Saturday is perhaps his most grassroots initiative: He opens his Welton Street cultural center to Black entrepreneurs, artists, cooks and makers every Saturday from 11 a.m. to 5 p.m. in the spirit of Ujamaa, Kwanzaa's principle of Cooperative Economics. Come down and spend a dollar on soy candles, pencil portraits, plates of soul food, pickles, vinyl albums, jewelry or whatever happens to be on the tables each week. 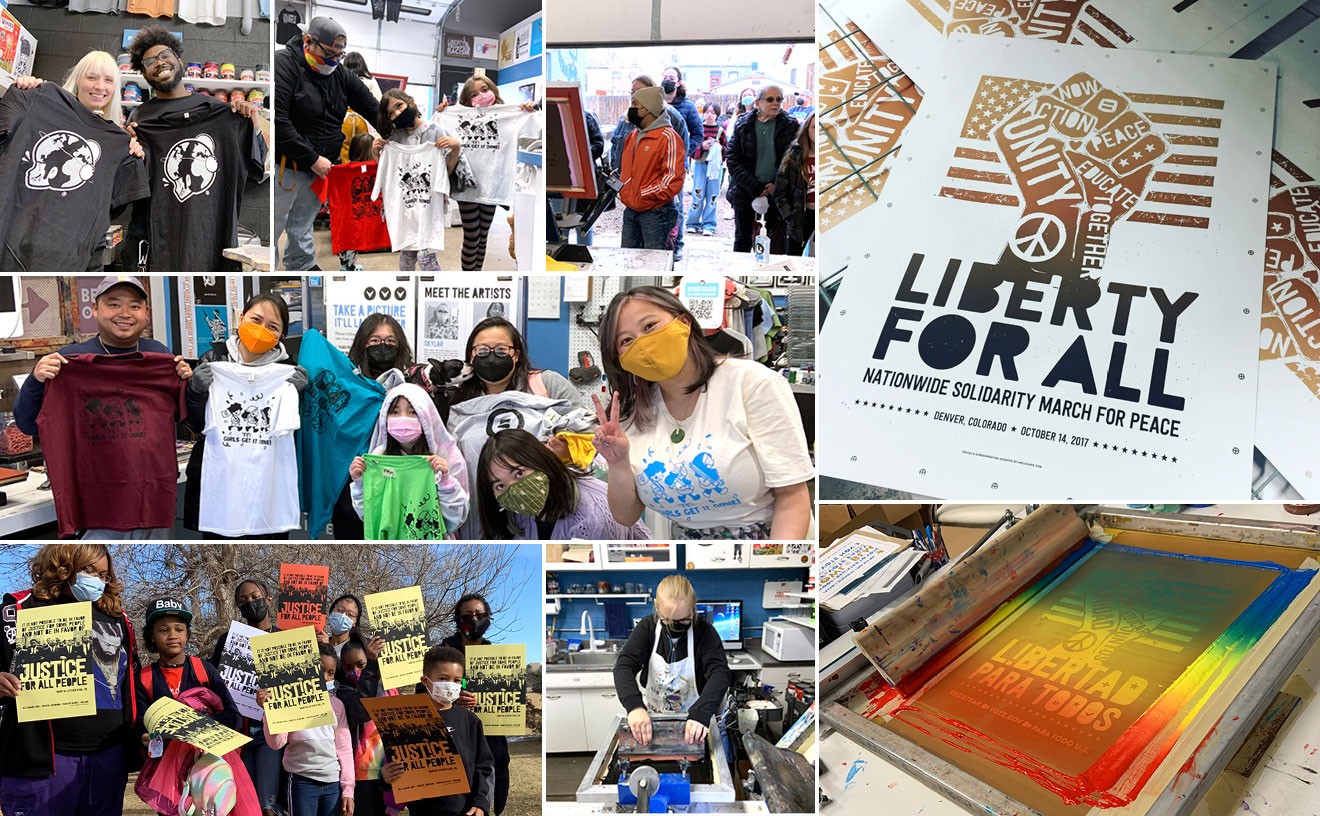 Ink Lounge founder Stuart Alden has long been known for some of the coolest design work and screen printing for artists, bands, small businesses and nonprofits that are clients at Ink Lounge. But his "Good Ink Missions" really caught our attention this past year. These social-impact projects range from workshops with kids that create a dialogue about art with a purpose to running community fundraisers for local nonprofits — and Alden has really picked up the pace. Don't miss one of Ink Lounge's L!BERTee-Shirt Printing events: If you bring a T-shirt, Alden will donate his screen-printing services to raise awareness around a social issue.

Though Denver didn't get snow until late in the season, there was plenty of action in the new year — and the Twitter account uniting the community through it all has been @denversnow. Every time it snows, this Twitter account gleefully posts the details for its friends/followers, rejoicing in the precipitation. Rather than bemoaning commutes, cold or inconvenience, @denversnow helps Denverites celebrate the weather and every drop of moisture that lands. There's no business like snow business!