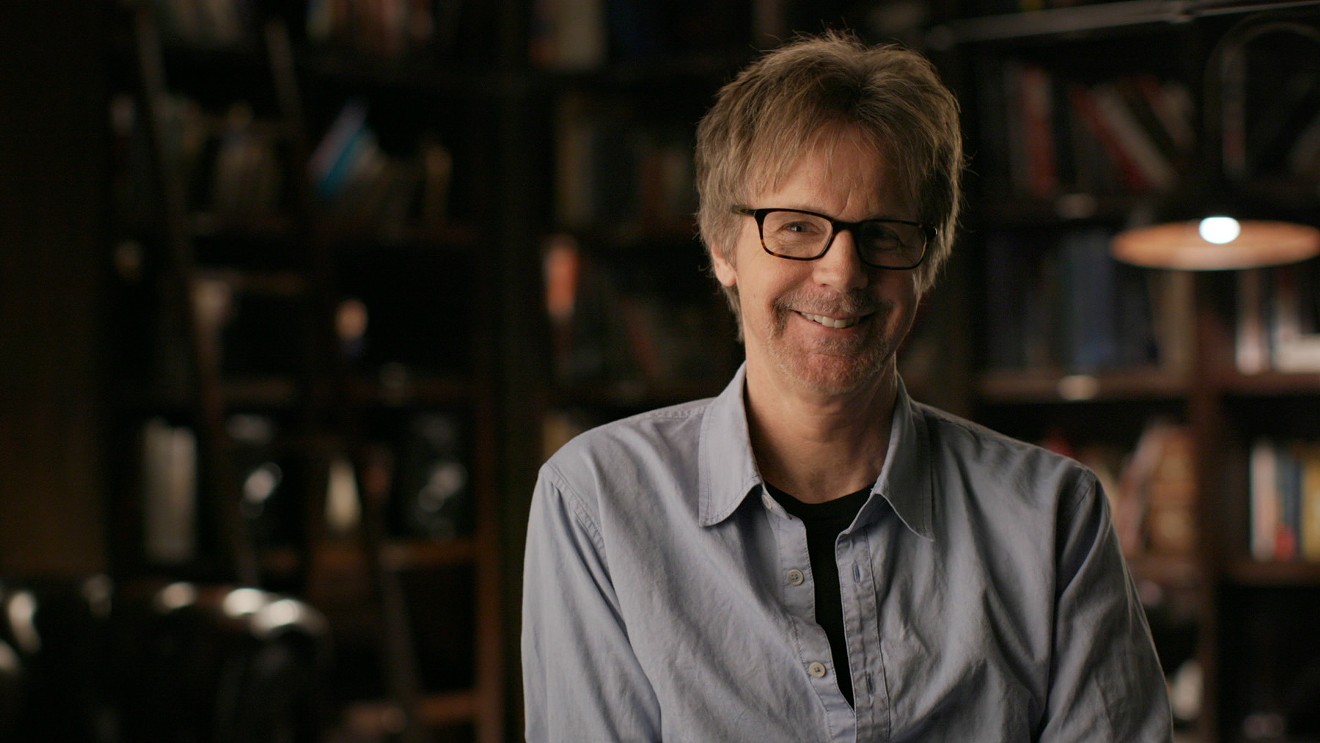 Toward the end of the excellent new documentary Too Funny to Fail: The Life & Death of the Dana Carvey Show, Dana Carvey describes the final installment of a bit that ran throughout his infamously short-lived 1990s sketch series. In “Stupid Pranksters,” Carvey and Steve Carell, then an unknown comic best known for a fast-food commercial, play buddies who pull pranks at their own expense — like paying a sex worker up front before bolting from the hotel while she’s in the bathroom. In the last sketch of the show’s final episode, the jokers hit the jackpot, winning a $16 million lottery but running from the room before the giant check reaches their hands. Each of these bits ends with the pair cackling in the car as they make their getaway. But this time, the laughter subsides. Carvey and Carell eye each other nervously. What did we just do?

Too Funny to Fail, which is now streaming on Hulu, is a sprightly and hilarious look at what a title card calls “arguably one of the most spectacular failures in television history.” Premiering in the spring of 1996, The Dana Carvey Show was a launching pad for writers and performers who have come to dominate TV comedy, including Carell, Stephen Colbert, Robert Smigel, Robert Carlock and Louis C.K. Written, directed and produced by Josh Greenbaum, Too Funny to Fail offers a backstage pass to the drama surrounding the series and its contentious relationship with its network, ABC. Carvey describes the show as “anarchy,” intent on “blowing up the system” of television comedy. It worked, eventually, but it had a long fuse. It blew itself up first.

It’s hard to appreciate, 20 years later, just how big Dana Carvey was in the mid-1990s. A stalwart member of the Saturday Night Live cast from 1986 to 1993, Carvey had co-starred in the critical and commercial hit Wayne’s World in 1992, and, a year later, its sequel, and had been nominated for six Emmy awards. (He won in 1993.) In Too Funny to Fail, Bill Hader, who worshipped The Dana Carvey Show as a college student in Scottsdale, Arizona, notes that when he left SNL in 2013, the news warranted a blog post; when Carvey left the show, he was on the cover of Rolling Stone.

Carvey was eager to make the show he wanted to make. He brought Smigel over from SNL (in the doc, Carvey calls Smigel the greatest-ever writer of sketch comedy) and hired fresh talent like Carell and Colbert, who knew each other from the Second City in Chicago, where Colbert was Carell’s understudy. The writing staff also included a pre-Oscar Charlie Kaufman and a young Louis C.K., who with Smigel had written — and largely set the absurdist tone — for Late Night With Conan O’Brien in the early 1990s.

In a way, Carvey’s popular success doomed his show. Because he was such a star, his managers urged him to sign with ABC over a cable channel like HBO, where he’d be freer to take risks and could attract a smaller, niche audience. Ted Harbert, then ABC’s chairman, remarks in the documentary that sitcoms had become soft by 1996 and that the network was looking to spice things up with a sketch show. He met with Carvey, who had “crossover appeal,” and liked him. Prime time it was. “What a mistake,” Colbert chuckles.

The blonde-haired, blue-eyed and somewhat ageless Carvey may have appeared deceptively innocuous to network execs, but The Dana Carvey Show dispelled this notion right from its opening sketch. Carvey plays Bill Clinton on the verge of a second term, promising to nurture the country — literally. Carvey opens his shirt to reveal a prosthetic chest outfitted with eight nipples that spurt real milk. “I invite the American people to suckle on my teats,” he says in an Arkansas drawl. “I know this is shocking to you, and I feel your revulsion.”

In hindsight, the aggressively self-referential Dana Carvey Show was something of a documentary itself, about the last gasp of network dominance — before cable and streaming platforms shattered the TV audience into a million pieces and the bland palates of advertisers no longer determined the flavor of a show. In the first episode, following the Clinton-nipple cold open, Carvey describes the show’s target audience as “sleepy little baby boomers who really want counterculture humor.” Carvey seems a little sheepish standing in front of the studio audience in his striped T-shirt and blazer (the clothes on this show are the most compelling argument for its cancellation), against a garish backdrop of random geometric shapes in popping primary colors; later, as the credits roll, Carvey plays a newscaster informing his audience that The Dana Carvey Show was canceled “17 minutes into its initial broadcast.”

Not quite, but pretty much. In homage to the variety shows Carvey grew up watching, each episode was sponsored by a different brand: The first is titled “The Taco Bell Dana Carvey Show”; the second is “The Mug Root Beer Dana Carvey Show.” Although Too Funny to Fail includes the revelation that Taco Bell had no problem with the Clinton sketch — they thought it was hilarious — the fast food chain pulled its sponsorship after learning some 6 million people tuned out in the first few minutes..

Most episodes would toast the sponsor in a song-and-dance number that would be none too charitable to the product in question, like a Mountain Dew routine that featured singers dressed as that drink’s rather unappealing chemical ingredients. The number to the fifth episode, sponsored by Pepsi, feels simultaneously like penance for the Mountain Dew bit and a raised middle finger to the show’s corporate overlords: The singers extol the impossible virtues of the soda, promising that “It brings old people back to life!” By Episode 6, the lead sponsor was a Chinese restaurant in Midtown Manhattan called Szechuan Dynasty from which the writers would order takeout.

By Episode 8, the show was canceled; although Carvey says the season finale was the show’s best episode, it never actually made it to air. (Today you can watch all eight episodes on Hulu, and even the more dated political material holds up simply on the strength of the cast — you don’t really need to know who Strom Thurmond is to appreciate Carvey’s take on the late South Carolina senator.) The Dana Carvey Show may have been a legendary bomb, a bellyflop into network obscurity, but it’s proved hugely influential to the comedy world in the decades that followed. Hader describes the show’s tone as “fuck you, dad”; another diehard fan who wrote a scathing letter to a TV critic who panned the show calls The Dana Carvey Show “punk rock television.” But as many a sleepy baby boomer can attest, yesterday’s punk rock is today’s establishment. From the vantage point of 2017, a sketch show written by and starring a group of almost exclusively white men that likes to poke fun at the Clintons doesn’t look terribly risque. But, in large part, we have The Dana Carvey Show to thank for that.