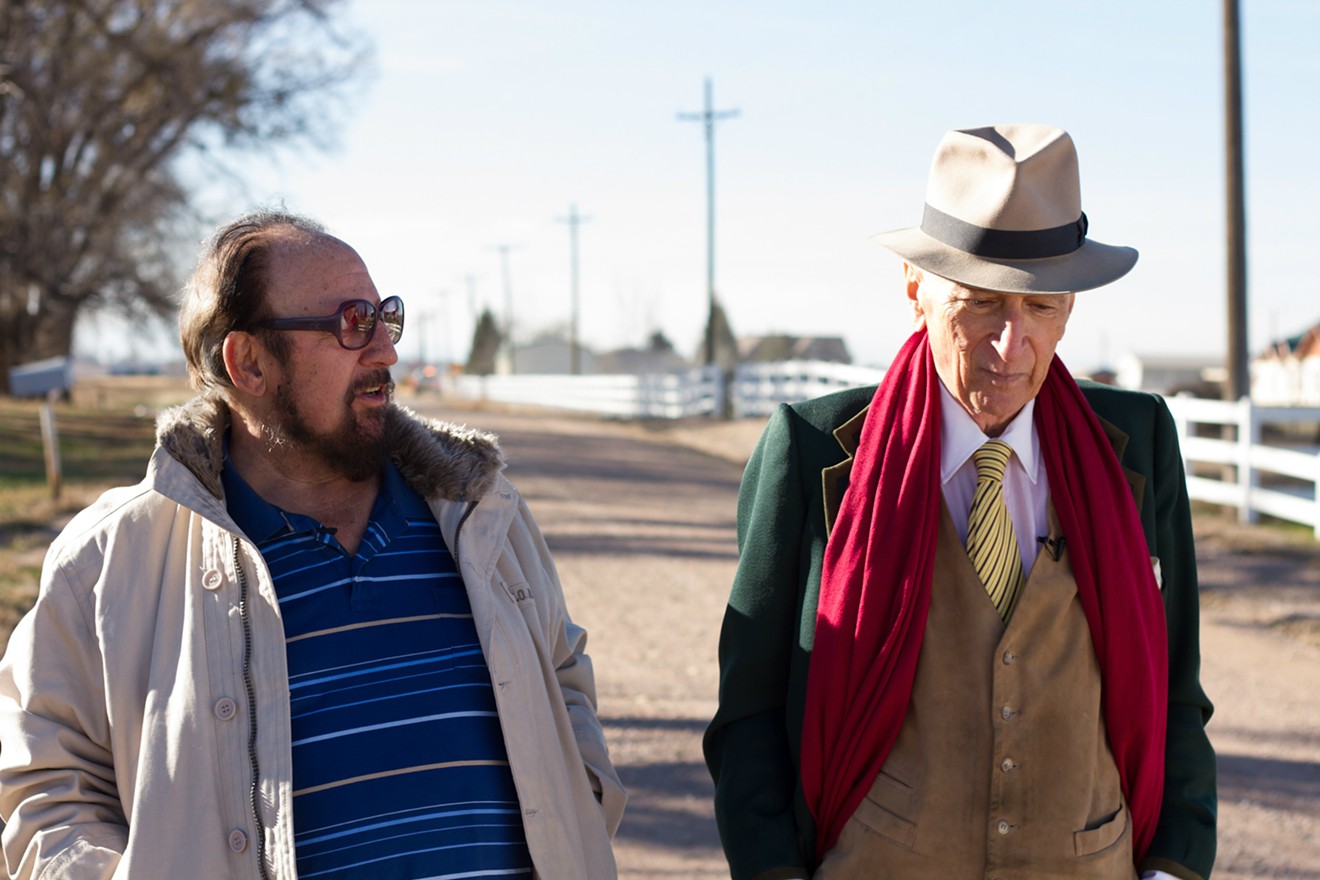 Author and journalist Gay Talese (right) and Gerald Foos, the Colorado motel owner who for years spied on his guests, are the focus of the Netflix documentary Voyeur. Cris Moris/Courtesy of Netflix
Voyeur premieres December 1 on Netflix.

At first, Myles Kane and Josh Koury’s Voyeur plays like an uninspired ancillary product, the nadir of one of the most dispiriting trends in documentary filmmaking: the feature that’s not anywhere near as detailed or illuminating as the magazine article that is its basis. But this time that magazine article — and its subsequent book-length expansion — get exposed as potentially fraudulent. And the filmmakers — who have spent the first third of their movie lamely dramatizing incidents from the piece — suddenly are the journalists of record, the ones chasing the story that matters. Much of the tension for me came from simply wondering whether they’ll prove up to it.

Kane and Koury were riding shotgun on Gay Talese’s iffy story about Gerald Foos, the Colorado motel owner who for years spied on his guests through vents in the ceilings and wrote up what he claims are painstaking notes of their doings — especially their sexual doings, of course. Foos contacted Talese in the early 1980s, and the reporter visited the Manor House Motel, confirming that, yes, the motel owner could get an eyeful. Years later, long after the motel had been razed, Talese at last got Foos on the record, publishing in the New Yorker an exhaustive account of what Foos saw, promising nothing less than “a great sexual circus every night of the week.” The filmmakers get Foos on camera, eagerly spinning his tales about witnessing sex, a murder and a dude eating a bucket of KFC and then wiping his hands on the bedspread. He’s turned on recounting this but also clearly is an unreliable narrator, which is a serious problem for Talese, who finds himself trying to work a single-source story into the New Yorker. Talese grouses, “That goddamn magazine really has fact checkers.” (Neither Talese nor the magazine are able to verify facts in Foos’s account, like the murder.)

The filmmakers capture Foos’s realization, during the week the New Yorker piece hits newsstands, that maybe he doesn’t want to be exposed publicly as a peeping Tom, especially as he still lives near Denver. He grouses endlessly to the camera about Talese’s choice to include in the piece Foos’s big talk about the value of his baseball card collection, which inspires Foos to fantasize about barricading himself inside his home with guns. Surely, thieves will be headed over, right?

Or maybe Foos is just full of shit. Just days before the publication of the book based on the article, a Washington Post reporter seems to expose the voyeur: Turns out Foos didn’t actually own the motel for a long stretch of the years his journals cover. Talese, fearing the worst, explodes, on camera, announcing, “The book is down the toilet,” and officially denounces his own work. Often irascible, the ever natty Talese later upbraids the filmmakers during an interview in Foos’s home. At first he inveighs against them — quite reasonably — for asking Foos in front of Talese whether he has any regrets about agreeing to Talese’s journalistic project. Talese points out that Foos — who so obviously relishes Talese’s attention that he swaps his shorts and polo shirts for jacket and tie when Talese visits — won’t feel free to tell the truth with Talese sitting right there. Talese sputters in exasperation: “These guys aren’t even credible journalists — they’re cameramen!”

Eventually, Foos convinces Talese that the question of hotel ownership doesn’t alter the truth of Foos’s account. Talese seems to accept this. The filmmakers — whether journalists or cameramen — don’t come to any conclusions, either. Instead, they dump all their material (including credulous, teasing re-enactments of Foos’s stories) into a ninety-minute running time and leave us to sort it out. An article, a book and now a film, Talese’s fascination with Foos’s voyeurism still hasn’t resulted in anything like rigorous journalism. The movie, though, at least lets us be the witnesses to something unsettling rather than just asking us to take some dude’s word for it. That means these cameramen are journalists.