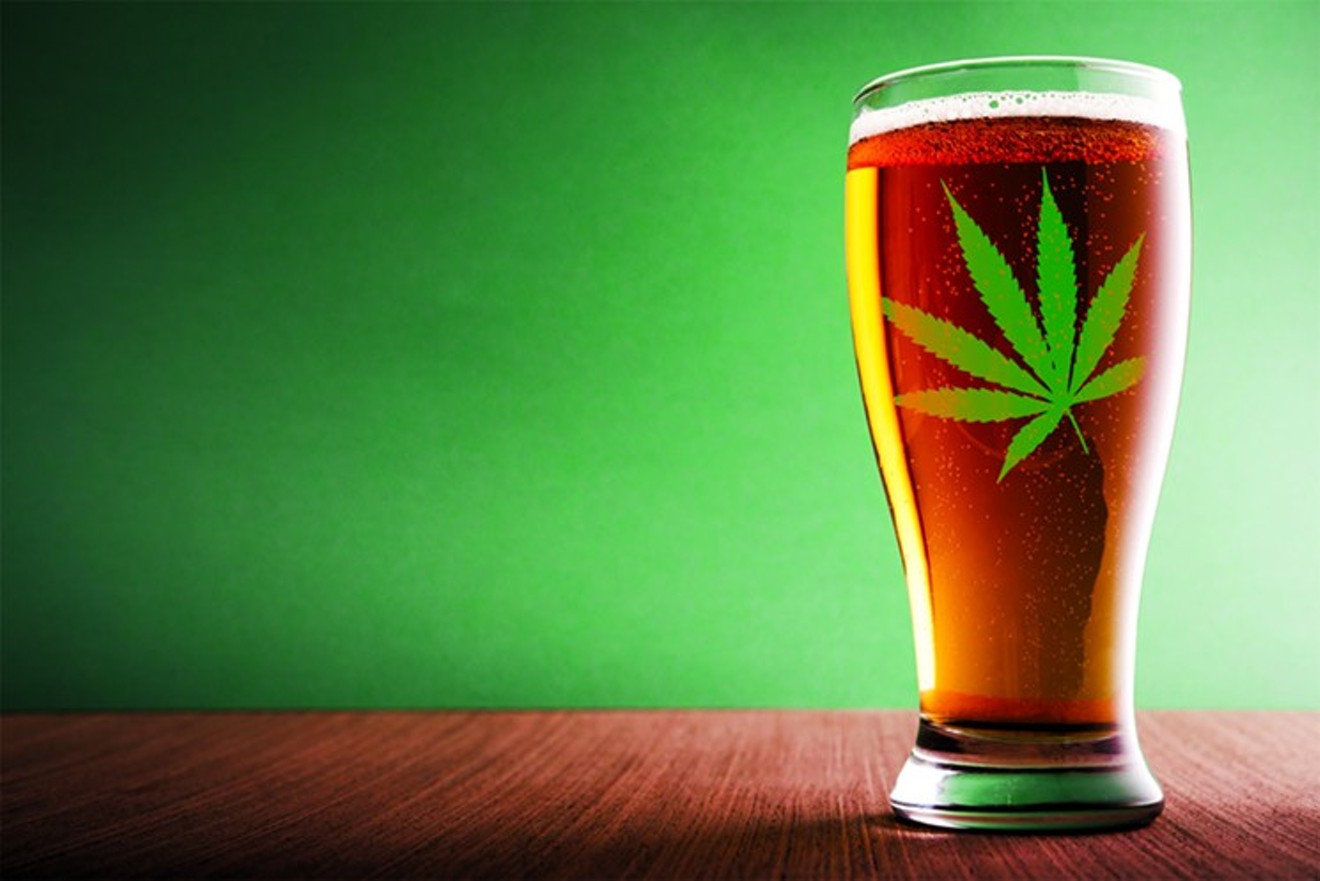 Westword
Lagunitas Brewing Company is one of the five largest craft-beer companies in the country, and founder and CEO Tony Magee says a lot of that has to do with culture. A big part of the Lagunitas culture is the drug test. "We have a drug-testing policy: You have to test pot," he told a laughing crowd at the National Cannabis Industry Association's Seed to Sale Show on Wednesday, February 7. "If you don't like it, you don't have to try it again."

The brewer was invited to kick off the trade group's largest meeting of the year in Denver at the Colorado Convention Center. Magee, who founded Lagunitas in 1993 on his wife's stovetop in their Bay Area home, sees a number of similarities between his company's beginnings and the start of many of the businesses whose owners were in the NCIA audience; some had started their cannabis operations when they were still illegal. Amendment 64, the measure that legalized recreational cannabis in Colorado, references regulation similar to  alcohol regulations numerous times in its language, and Magee has dealt with issues relating to both substances.

His brewery's Undercover Investigation Shut-Down Ale was created in honor of an undercover police investigation into Lagunitas for alleged cannabis consumption on the premises in 2005, and it's not the only pot-inspired beer in the lineup. Lagunitas has also brewed a SuperCritical Ale infused with cannabis terpenes and The Waldos' Special Ale, a beer released every year in honor of 4/20. Magee sees the brewer and cannabis breeder as kindred spirits, in part because of their connection through terpenes, compounds found in both cannabis and in hops that are responsible for certain smells and flavors. 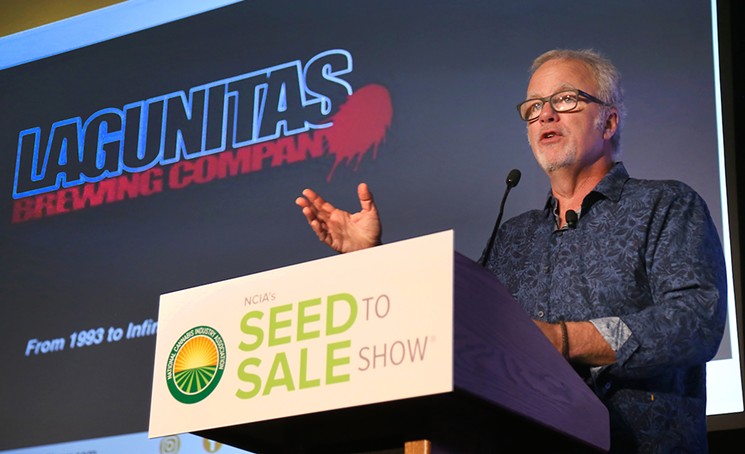 Lagunitas founder and CEO Tony Magee at the NCIA Seed to Sale Show Wednesday, February 8.
Courtesy of the National Cannabis Industry Association
"I don't know anyone in craft beer who doesn't smoke weed," Magee said, explaining that the citrus, piney qualities of Citra of Simcoe hops are much like the notes of Cali Orange or OG Kush. Magee's personal connection to cannabis runs even deeper: He thanks High Times magazine for being the only place he could buy home-brewing kits before President Jimmy Carter legalized home brewing in 1978, and he believes the plant helped him curb attention-deficit issues when he was growing up. However, he told the crowd of potrepreneurs that their industry could learn from craft beer's inclusiveness.

"It's about bridging the gap between you and your customers," he said. "Never do these [bold] things to pursue money. You want to pursue experiences and journeys for your customers." Pointing to the free tours and samples that many craft breweries offer customers, Magee told the group that he thinks dispensary owners should continue fighting against over-regulation while creating ways to connect with their customers. If not, the cannabis industry could face the same growth and contraction that have affected many of Laguintas's competitors.

There were over 3,000 breweries in the United States around 1870, Magee noted, but around the same time, corporations such as Heineken, Coors and Budweiser were formed, and consolidation soon followed. When Prohibition began in 1920, the number of U.S. breweries had declined by around 50 percent, and the total sat at just 51 breweries in the years immediately after Prohibition was lifted. Magee, who sold 50 percent of Lagunitas to Heineken in 2015, believes that craft beer is going through a contraction period similar to the one before Prohibition — something that state-licensed cannabis businesses may have to deal with if federal legalization occurs.

"In the emergence of craft [beer], there have been many cycles. Right now you're all in a boom cycle. It's locally ruled with no wide distribution," he told conference attendees. "But I see a future with Corona Extra Buzz or Redbull Relax. ... A business is a cash flow, but a brand has value."

The NCIA Seed to Sale Show, a conference showcasing new technologies and strategies in the cannabis industry, will continue today, February 8, at the Colorado Convention Center.