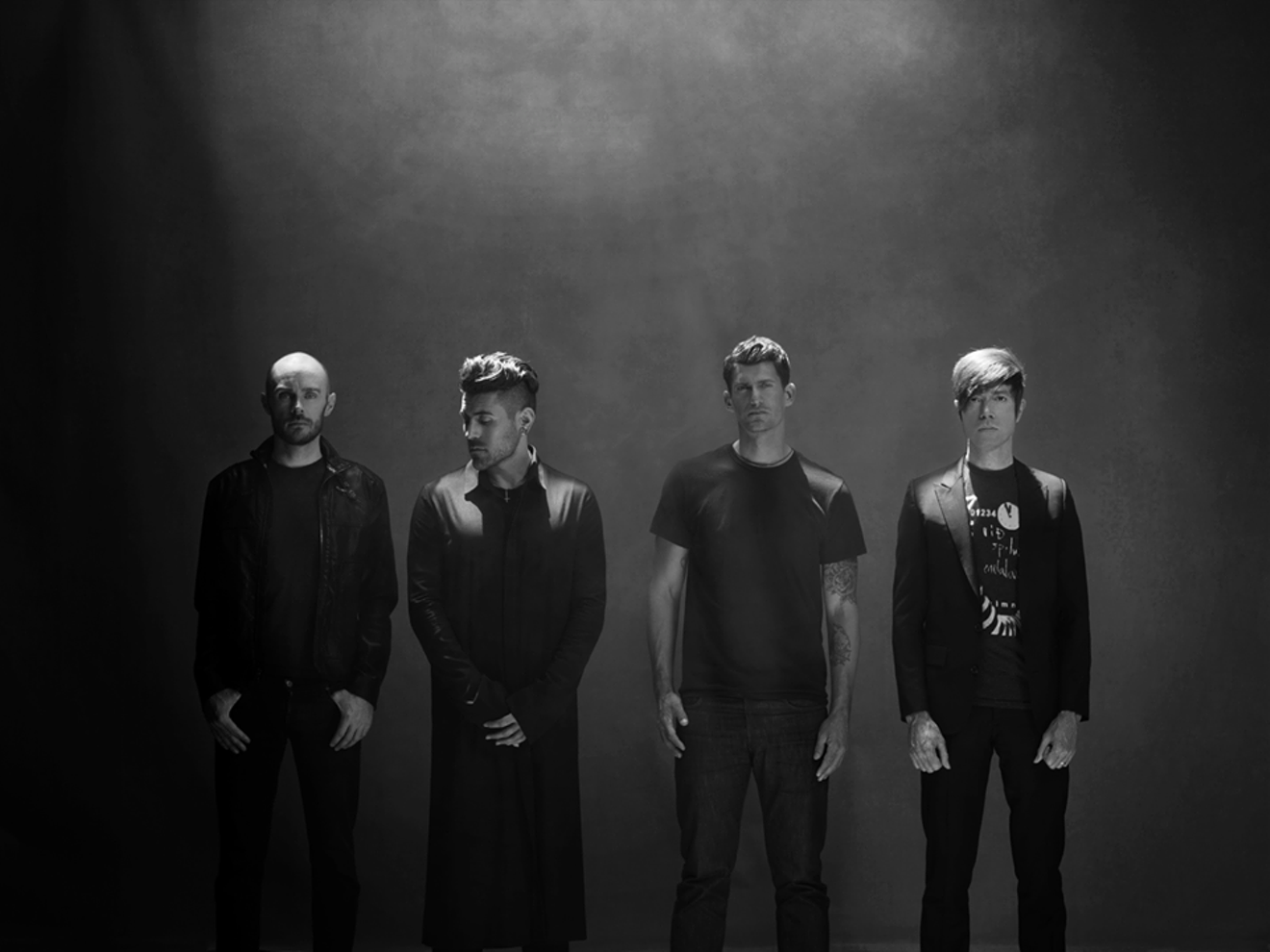 AFI released its tenth studio album, AFI (The Blood Album), a week ago. Photo courtesy of AFI
It’s 6:16 p.m. in Seattle, Washington. AFI bassist Hunter Burgan just finished a longer-than-usual sound check at the Showbox. Music starts in less than 45 minutes, and he has to field a call from Westword. Management tries to connect us on a conference call a couple times before putting me on ice. I'm sitting at a library, sucking up wi-fi and wondering what I'll tell my editor if the interview falls through, when my phone lights up with a Beverly Hills number. It's him. Below is my seven minutes with Burgan. Westword: I know it’s been less than a week since the new album [AFI (The Blood Album)] has been out. How’s the album-and-tour cycle been going? Burgan: It’s been great. Shows have been great. We’re excited for the new songs. Sorry if you had to wait a little bit. We just finished sound check. No worries. So are you guys even a punk band anymore?
I mean, what is punk music, right? We still operate with the same intensity and principles of punk music. If you think [punk] is some basement thing, then we haven’t been punk for a while. Punk’s been dead for a while, right? Your sound has changed so much since the beginning. There’s been punk, new wave, pop punk and even blues elements on your albums. Do you guys try to add those new sounds to the music, or is it something that just happens? I mean, we’re always looking for new things to do that’s still a genuine expression of yourself. We’re always trying to push things, but we still know our strengths and limitations. We know what we do well and what we don’t. We’re not going to go out there and try something we don’t think we can do, just to be cool. I think you kind of created a sound all your own. Did you think that you’d be doing this for as long as you have in the beginning? I remember my first tour [in 1997]. I wasn’t officially in the band yet. I had an interview with the band, and they asked me, “Where do you see yourself in five years?” I thought, “Five years? That’s so far away. I have no idea. Hopefully, I’ll still be playing music.” To still be with AFI and doing what we do is crazy. It's been twenty years for me. I know the Denver show sold out pretty quick.
That’s great.

Right? Business is booming. What does an AFI set list look like nowadays? Do you mix up old songs with newer stuff? What can the audience expect at the upcoming show? Yeah, we’ll have some older material with the new songs. With social media and everyone sharing everything, we try to keep [the set list] a surprise. We always keep it interesting — keep audiences on their toes. Most of the older stuff will be like stuff we rarely play or have never played. Deep cuts, which keeps it fresh for us. That’s why we ran late today, because we were re-learning guitar parts to a song. If you played the same set list every night, it would almost be like work. Exactly. I mean, it’s still technically work, but it’s the coolest job there is. Well, man, is there anything you’d like to add? Maybe something I forgot. What would you like to tell the Denver crowd? For those who didn’t get a ticket: Sorry. We'll be back.
AFI will play to a sold-out crowd, Saturday, January 28, at 8 p.m. at the Gothic Theatre. Chain Gang of 1974 and Souvenirs will open.