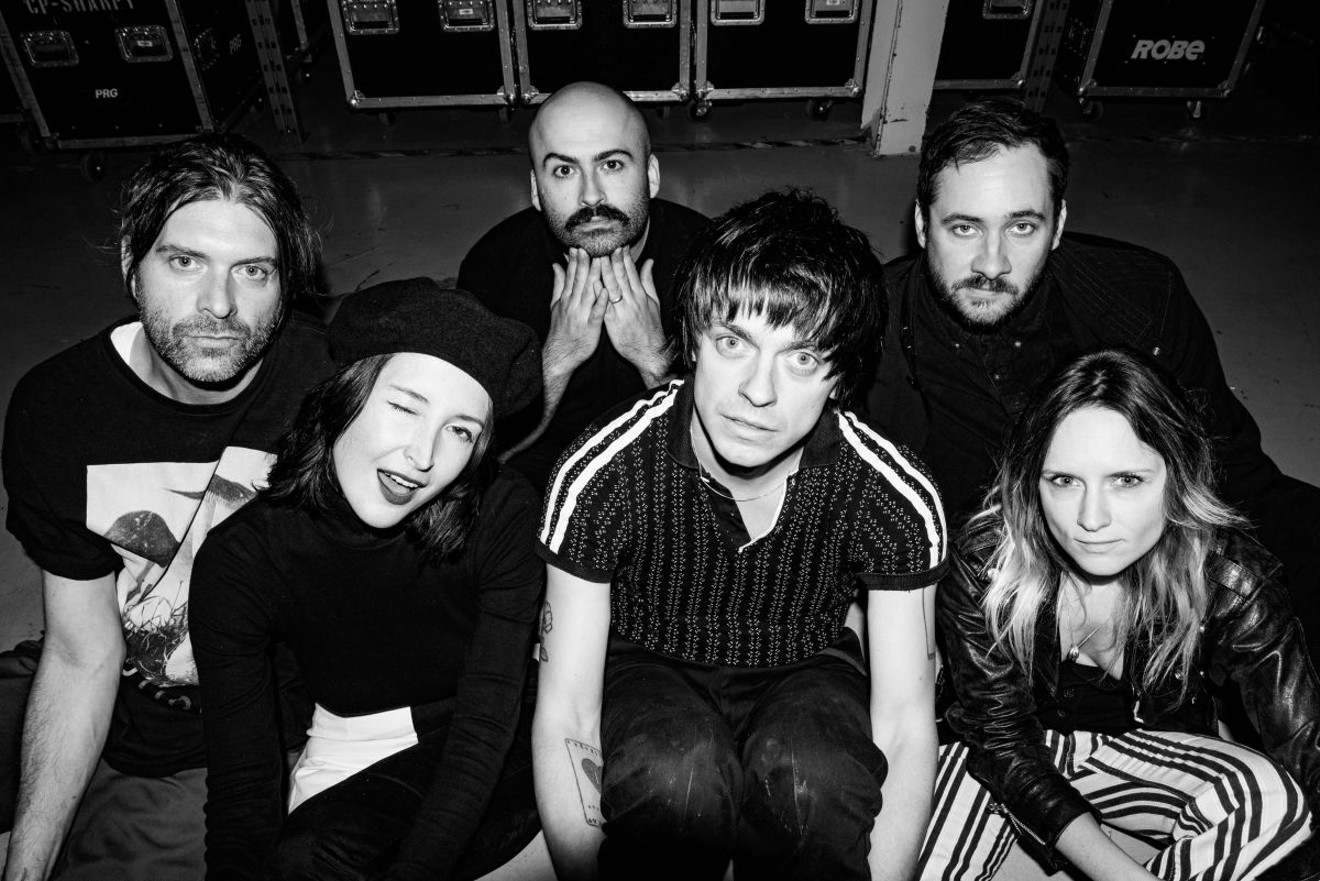 Toronto's July Talk features two lead singers and a lot of fun. Courtesy July Talk
The Toronto alt-rockers in July Talk have been at it for more than ten years now, but singer Peter Dreimanis says it wasn’t until the band recorded its upcoming album, Remember Never Before, that the music started feeling somewhat effortless and free-flowing.

“It’s the first record where I feel like we’re noticing our body of work a little bit more. This one definitely feels like we wrote it yearning for the live space and wanting to play live, whereas I think [2020’s] Pray for It was more of a studio record,” he explains, adding it feels like he and his bandmates have “escaped from lockdown” at this point, and even played Remember Never Before in its entirety during a “secret show” in Toronto. The album is set for release in January.

“Subconsciously as an artist, there’s a feeling in your soul and your body that you kind of know where the band is most comfortable, and you know when you’re in your pocket," Dreimanis continues. "It’s not something that you can ever explain with words. It just felt like we relied on our instinct and let the songs direct us. We ended up making a record that feels like us in a way that I would never be able to explain or discuss. It came out like an autobiography or something — quintessentially July Talk.”

The band is currently playing songs off the new record while touring the states, including a Monday, November 28, show at Globe Hall. Darkbird is providing support.

Drawing influences from the likes of The Strokes, White Stripes and Yeah Yeah Yeahs, July Talk creates an intoxicating energy through its two lead singers, Dreimanis and Leah Fay. Dreimanis describes the band's show as a "confrontational rock and roll experiment."

“It’s two singers screaming at each other; it’s the clashing of two sides of a coin," he adds. "I think we work extremely collaboratively as a band. It’s like a dance party."

Fay agrees, adding that the live setting is at the forefront of the band’s creative process. “I think we always talk about where songs exist in the body and where they make you move,” she says.

Coming from a scene that also includes acts such as PUP and Arcade Fire, July Talk is part of a wave of Canadian indie rockers who have made a name for themselves in the 2010s and beyond.

“There was just a lot of really, really great music coming out of Canada. I think we’re kind of the students of that scene; we’re the next generation after that,” Dreimanis says. “We’ve been really spoiled through the Toronto scene to just be surrounded by great art, and I would say it’s pretty tight-knit.”

Fay also credits Girls Rock! Camp, an international membership network of arts and social justice organizations, for creating a more inclusive environment for artists who are interested in being part of the local musical subculture. “It totally gave us access to our own culture and our own bands across Canada. It really felt like we had our own homegrown scene. That sense of community never goes away. The scene is alive and well,” she says.

And having such a civic support system allows July Talk to “follow the fun” more while also experiencing a cathartic release while playing. “[We're] just relying on instinct sonically [and] getting in our own way a little bit less, especially on this record. It felt pretty smooth and following the fun," Dreimanis says. "We trusted ourselves, and I think sonically it’s never been difficult for the six of us to find sonic ground of places we find exciting. We’re interested in making something that makes people move. Like the greatest night out."

July Talk plays Globe Hall, 4483 Logan Street, 8 p.m. Monday, November 28. Tickets are $12-$17.
KEEP WESTWORD FREE... Since we started Westword, it has been defined as the free, independent voice of Denver, and we'd like to keep it that way. With local media under siege, it's more important than ever for us to rally support behind funding our local journalism. You can help by participating in our "I Support" program, allowing us to keep offering readers access to our incisive coverage of local news, food and culture with no paywalls.
Make a one-time donation today for as little as $1.