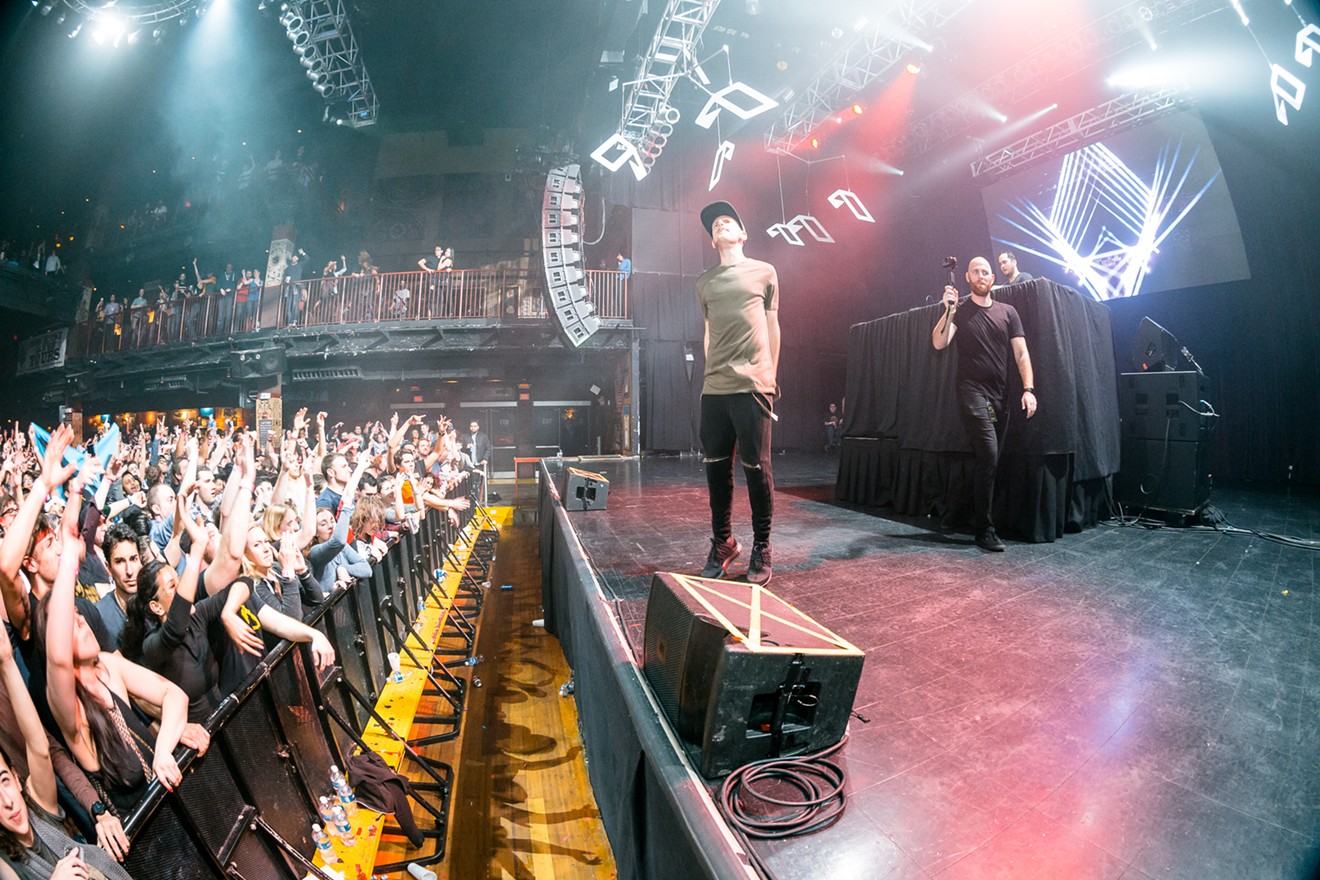 Anjunabeats stopped by the House of Blues in Boston. @TonyColasurdo
While trance music and Cinco de Mayo may be far from synonymous, both offer global excuses to go wild on a Friday night. Anjunabeats, the London-based record label founded in 2000 by the members of Above and Beyond, will be taking over the Church nightclub on Friday, May 5.

With over 100 DJs, producers and artists under the Anjunabeats banner, the label is a guiding force in the worlds of trance, progressive trance, house trance ("trouse") and deep-house sounds. The label has had recent notoriety with Audien, Dirty South, Mat Zo and Tritonal finding their way into many hot mixes and radio playlists. 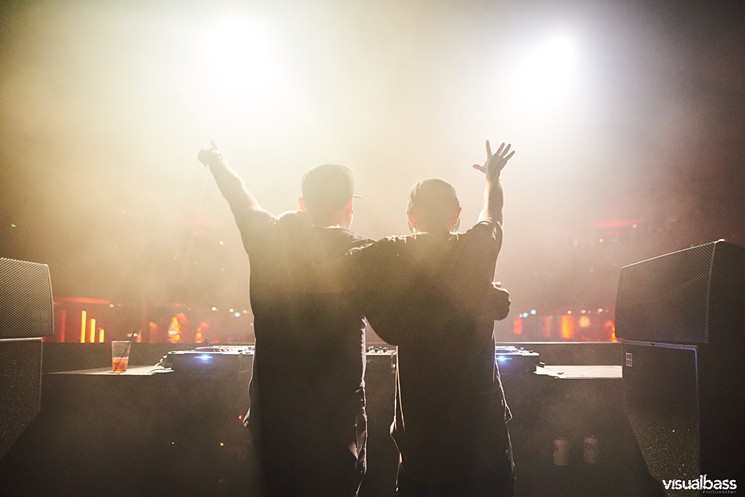 Andrew Bayer and ilan Bluestone going back to back.
@tobiaswang
Andrew Bayer, one of the Anjunabeats performers who will be playing in Denver, is an American traditionally trained in music at the prestigious Berklee College of Music. Bayer has co-producer credits on two of Above and Beyond's biggest records: Group Therapy and We Are All We Need. On his hit single "Celestial," he mixes cosmic and cinematic elements sure to fill the arches of the Church.

Accompanying Andrew Bayer is the surging ilan Bluestone. The London-based artist has been climbing the Beatport trance and overall charts, with his songs popping up in radio shows and in live performances of trance gods Armin Van Buuren and Tiesto. Bluestone's latest single, "Frozen Ground," is not even a month old and has been received with open arms from crowds throughout the tour. Bluestone's impressive use of vocals in his productions combined with Bayer's long, pillow-like rhythms should make for an unbelievable set.

Also in the lineup: promising up-and-comer Jason Ross. Ross has been working alongside many of the Anjunabeats crew, including Kaskade and Seven Lions, and also remixing some of Above and Beyond's best songs. His immersive single "Me Tonight" has topped the Beatport trance chart at number one.

Be sure to show up early in order to catch Fatum. A relatively new name to the Ajunabeats family, Fatum has dropped two original mixes, "Superfecta" and "Pharaoh," to bring to the showcase. 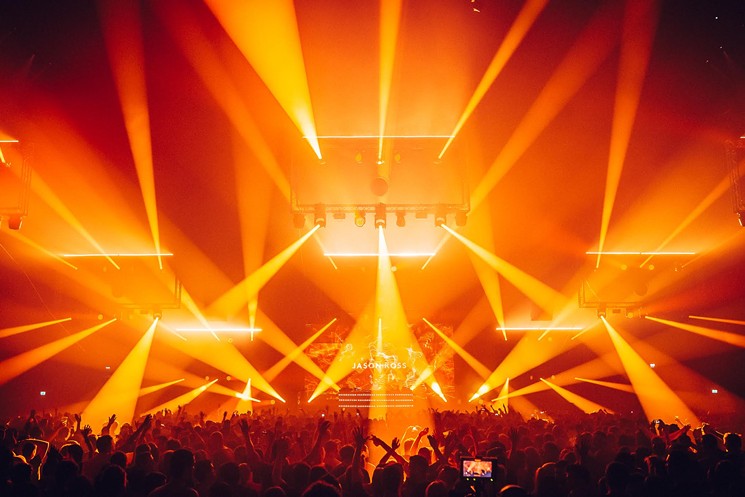