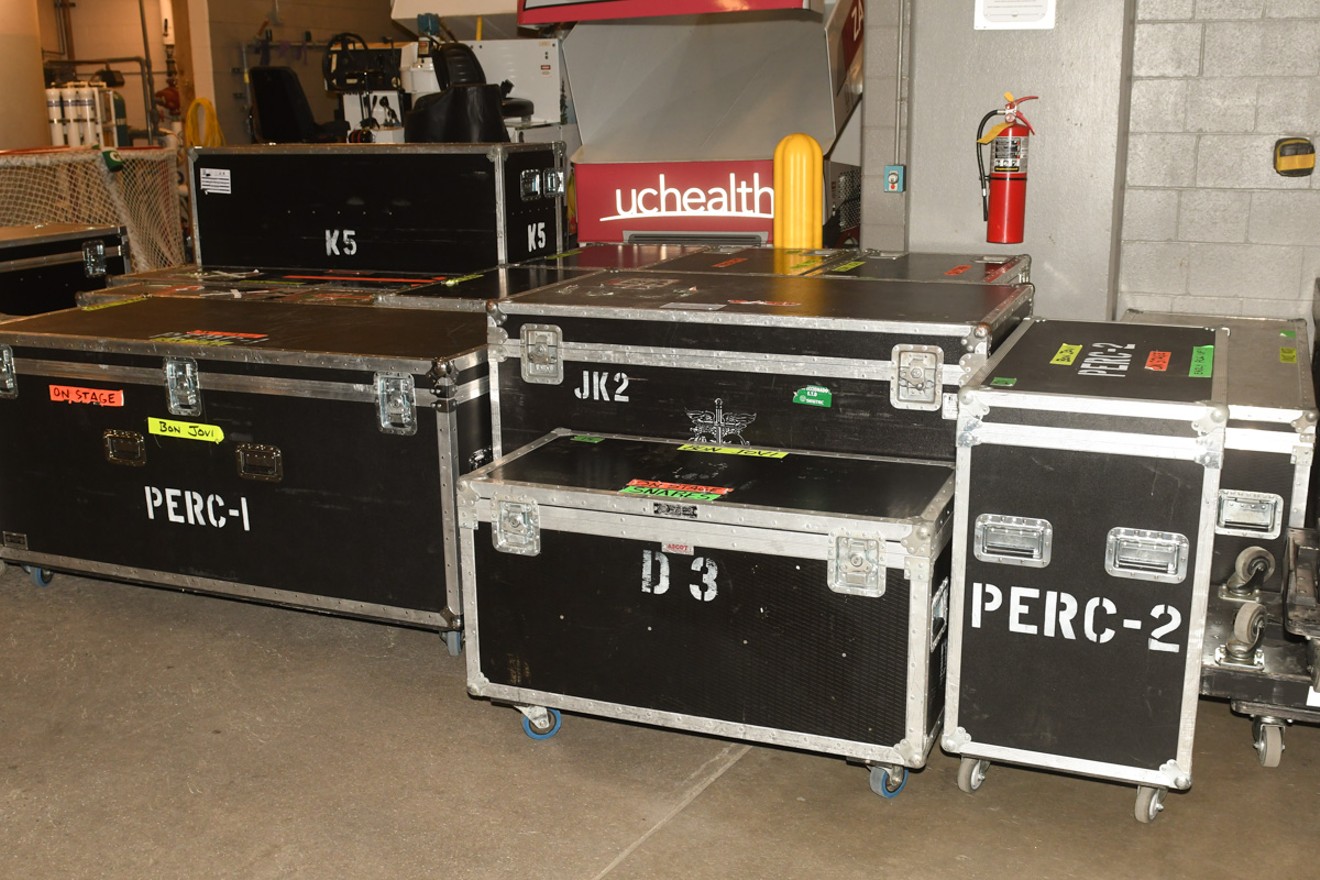 Bon Jovi rehearsal walk-through. Miles Chrisinger
When Bon Jovi kicks off its This House Is Not for Sale tour on Wednesday night at the Pepsi Center, don’t expect the pyrotechnics of previous tours.

Rew, who’s worked with Bon Jovi for two decades, says it’s more about the songs and the performance with the band, who will play around 27 songs over the course of a two-and-half or three-hour show, depending on how frontman Jon Bon Jovi is feeling.

Bon Jovi rehearsal walk-through.
Miles Chrisinger
“We rehearsed a lot of songs we haven’t played in a long time,” Rew says. “Hopefully people will be happy with the song selection.”

In addition to some of the band’s biggest hits, Rew says there are eight songs the band interchanges in the setlist every night. Bon Jovi can change the list on the fly using what Rew calls an “audible,” where he’ll tell the crew, into a microphone in front of the drum set what song he wants to play.

“We get a little bit of warning,” Rew says. “Sometimes we don’t.”

Bon Jovi rehearsal walk-through.
Miles Chrisinger
As far as production goes, there aren't a lot changes from show to show, and Rew says it’s like Groundhog Day every day. They usually load in around 6 a.m., they’re ready to go by 2 p.m., and they can break everything down in two hours.

Supporting tonight’s show is the Fort Collins-based band the Patti Fiasco, which won a contest to open for Bon Jovi last April, but that gig was canceled because of illness and routing challenges.

The Patti Fiasco’s Alysia Kraft says it was a bit or a roller-coaster ride after finding out they won the contest only to lose the gig.

The Patti Fiasco will get a twenty-minute set, and Kraft says the band will play its most energetic songs, “the stuff I feel is the most quintessential Patti Fiasco, and hopefully the vibe that matches with Jon well.”

Patti Fiasco lead guitarist Dee Tyler says he assumes he’ll have a Spinal Tap moment where he’ll be lost in the basement somewhere.