Chimney Choir Will Bring in the New Year at Mercury Cafe 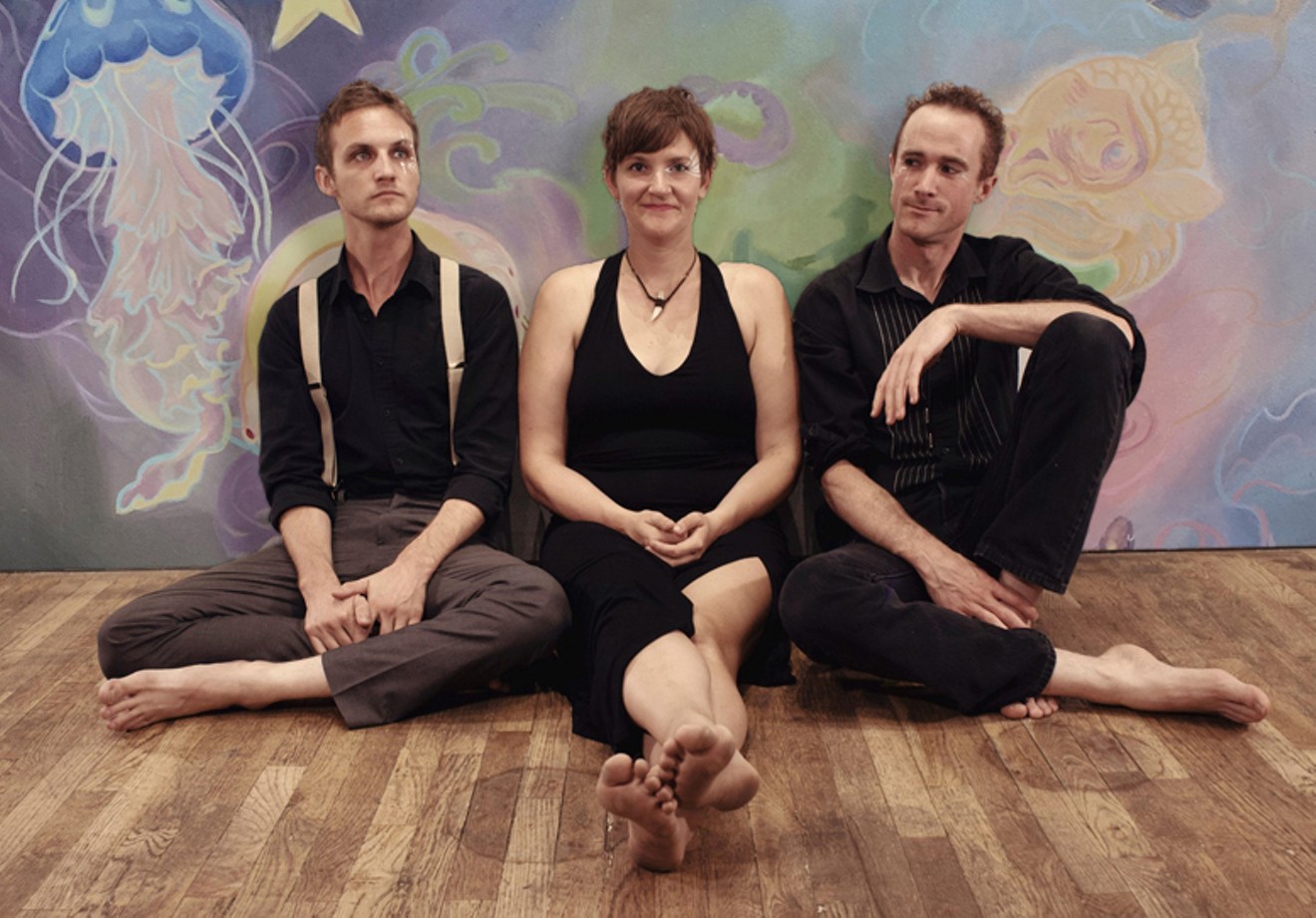 Chimney Choir will celebrate New Year’s Eve at the Mercury Cafe. Sarah Megyesy
New Year’s Eve concerts can be odd affairs. On the one hand, we want to celebrate the introduction of another year by listening to quality music and dancing like loons. On the other, we want to spend quality time chilling with the people we care about. The Mercury Cafe would be an ideal spot for both.

There, on December 30 and 31, electro-folk band Chimney Choir will close out 2017 in style. Vocalist, guitarist and pianist David Rynhart says this will be the first year the band has done anything like this, and it’s an experiment.

“We released our album last November — I guess it’s been a year now — at the Mercury Cafe,” Rynhart says. “We did all kinds of performance-art things. We had a lot of projections, puppets and characters that were in the audience and on the stage. It was really fun, and it went over really well. Then the Mercury thought of us to do their New Year shows. We didn’t really want to stray too far from that theme, so we’re still going to try to make it a surreal, absurd kind of dreamscape party.”

High-concept holiday shows are a long way from the band’s humble beginnings as yet another Denver roots outfit. The group formed in 2010; Rynhart had met multi-instrumentalist Kevin Larkin in the early 2000s, and the duo played Irish music around town together before hooking up with Kris Drickey, who plays too many instruments to list.

“We were very impromptu,” Rynhart says. “The whole journey with the group has been informed by that. We’re just making the best of what we’ve got and being intuitive, putting it together as it comes along.”

Rynhart says that when the band first got together, the sound was very folk: three guys singing in harmony, playing acoustic guitar and mandolin, using a suitcase for a kick drum.

“We were always into having a bunch of old instruments,” he says. “There’d be harmonica, a flute, a banjo, and we would do harmonies. We always liked weird songwriting. So it’s sort of like an indie-folk beginning…. We were experimenting more with performance art and doing theatrical things. We got more into electronic music.
We have a lot of percussion in the band, so it always has its folk roots, and it just becomes a bit more experimental, theatrical and electronic as we move along. But we always keep the harmonies happening — that’s a big part of our sound.”

The band will have different openers for each of its shows at the Mercury. In/PLANES and Bluebook will play on December 30, and Retrofette will open on New Year’s Eve.

“They’re all people in our close inner circle that we’re really excited to share the night with,” says Rynhart.
As for the band’s set, Rynhart notes that Chimney Choir will showcase different songs each night. The New Year’s Eve show will be a longer set; the group has a lot of new material worked out.

“We’ve been collaborating with [contemporary dance company] Wonderbound on a new ballet, so we have all of this music for a full-length ballet that’s gonna come out in February called Aphrodite’s Switchboard,” he explains. “So we can play new music the whole night. We probably won’t, but about half the show will be music that we’ve never played in front of anyone before. That’s pretty exciting for us, too.”

Rynhart doesn’t have any New Year’s resolutions worked out yet, and he admits to being mildly nostalgic but ultimately irritated during the holidays.

“It always tends to be really busy and stressful,” he says, “but I like the holidays. We haven’t done holiday shows a lot, so this should be really fun. New Year’s is such a great, not-religion-associated holiday, so we feel like we can do whatever we want to do — make it a special night.”

And with a Wonderbound collaboration on the horizon, 2018 should be a typically adventurous year for Chimney Choir.