Hear This: After a Traumatic Brain Injury, Brittin Lane Turned to Music 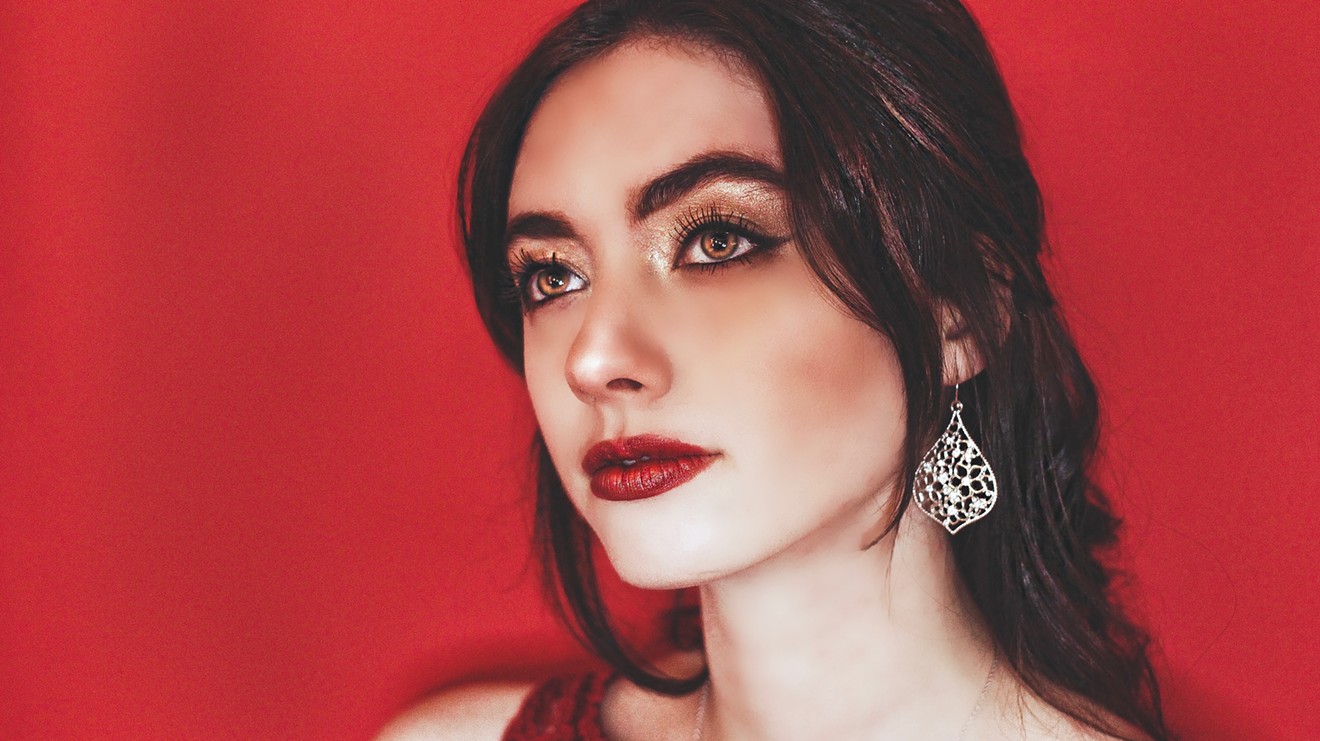 Brittin Lane turned to music to help her cope with a traumatic brain injury. Jasmine Morrell

Colorado Springs singer-songwriter Brittin Lane fell off of a skateboard and cracked her head in 2015. The collision caused a traumatic brain injury, which has led to chronic conditions postural orthostatic tachycardia syndrome and dysautonomia.

“I’ve definitely made a lot of progress in my recovery,” she says. “I’ve been going to physical therapy and seeing dozen of doctors at this point. But I still live with it on a daily basis. I pretty much have this horrible fatigue and dizziness and heart palpitations like that every day and digestive issues and neurological issues.”

Lane, twenty, started playing piano as a small child and picked up more instruments as she went along. She didn’t really start writing music until after her crash, and that has helped her cope with her injury.

“I was home a lot and couldn't really leave my house, and I was very, very isolated and bored,” she says. “And so I just started writing music, and then just fell in love with that. I was always making up little melodies and stuff on the piano, but I didn’t start writing lyrics until after the accident.”

She recorded most of the piano, synthesizers and ukulele on Lonely Neighborhood and shipped them off to her producer in Germany, Malte Wegmann, who added drums and other flourishes. The two connected over Instagram but have never met in person.

The album has a narrative arc that developed from Lane’s trials and tribulations over the past few years.

“I got my first experience with heartbreak when I was nineteen, and that was really painful,” she says. “So I wrote about that, and I wrote about the challenges that come with being diagnosed with a chronic illness and traumatic brain injury.”

Her music has appeared in two international commercials, for which she worked with a composer in London and an advertising firm in Dubai. She has a third commercial in the works.

“It’s connected me to a lot of amazing people,” she says. “I’m super-thankful for that.”

Lane checks Lana Del Rey, Aurora and Enya as major influences. The Enya influence is apparent in her cover of the Pixies' “Where Is My Mind” that appears on the album.

“I grew up listening to Enya,” she says. “My dad loved her music and would play it in the car when we went out on errands. I grew up on that, and loved just the very ethereal feel that her music had, and that kind of dreamy, otherworldly vibe that it had going on.” Lane has also taken to YouTube — she has a prolific presence on the website — as another way to cope with her health problems. She offers covers of songs and “talking videos” in which she talks about life. She finds it therapeutic and hopes it helps other people going through similar issues. People have reached out to her on social media and shared their stories.

“It’s more and more rare to find authenticity on social media,” she says. “That’s something I really want to try to deliver, and I want to be very real and genuine with people. If I’m having a bad day, and maybe in a lot of pain, I want to talk about that.”

The coronavirus pandemic has left most live-music options moot for the time being. Lane’s health problems have made it somewhat hard to play out, but she would like to hit open mics at coffee shops once they open again to get more comfortable in a live setting. (Her album-release party, which would have benefited the Brain Injury Alliance of Colorado, was canceled because of the virus.)

“I'll definitely be looking into playing at some open mics here and there,” she says. “Just kind of getting my foot in the door with performing and getting more comfortable with that.”

She is currently working on her second album, and she said her sound is progressing from the mellow, dreamy tunes on Lonely Neighborhood to pop.

Lonely Neighborhood is available at brittinlane.lnk.to/album.

Listen to Brittin Lane and more favorites from Westword writers on our Westword Staff Picks playlist.
KEEP WESTWORD FREE... Since we started Westword, it has been defined as the free, independent voice of Denver, and we'd like to keep it that way. With local media under siege, it's more important than ever for us to rally support behind funding our local journalism. You can help by participating in our "I Support" program, allowing us to keep offering readers access to our incisive coverage of local news, food and culture with no paywalls.
Make a one-time donation today for as little as $1.