This summer's Vans Warped Tour will be its last. Miles Chrisinger
The hills are alive with the sound of music every Colorado summer, and this year there are dozens of music festivals geared to just about every genre you can imagine. We've pared that list down to our ten favorites (plus a bonus at the end!).

Templo, a purveyor of Colorado's bass music, performing at Sonic Bloom.
Bass Feeds the Soul.
Sonic Bloom
June 14-17
Hummingbird Ranch, Rye
Four-day passes $222-$525
sonicbloomfestival.com
Hummingbird Ranch, which is about a two-and-a-half-hour drive south of Denver, is the home of Sonic Bloom, a four-day camping festival that hosts dozens of electronica acts such as Shpongle, Keys N Krates, Nightmares on Wax, EOTO and Break Science. During the three days leading up to the festival, the Sonic Bloom Academy offers painting and music production classes, making for a full week of countercultural fun.

Miranda Lambert is one of the headliners at this year's Country Jam.
Miles Chrisinger
Country Jam
June 14-17
Jam Ranch, Grand Junction
Four-day passes $119 to $215
countryjam.com
With more than 92,000 fans at last year’s Country Jam, this festival is easily the biggest event in the state. It brings in some of the biggest names in country music over four days; headliners this year include Florida Georgia Line, Miranda Lambert, Brantley Gilbert and Brett Eldredge.

String Cheese Incident headlines this year's RIDE Festival.
Brandon Marshall
The RIDE Festival
July 14-15
Telluride Town Park
Two-day passes $120 to $525
ridefestival.com
Since debuting six years ago, the RIDE Festival has grown in stature, thanks to some heavy headliner power contributed by such acts as Pearl Jam and Widespread Panic. This year, the String Cheese Incident headlines both nights, while Sheryl Crow, Grace Potter, Joe Russo’s Almost Dead and many more acts are also on the bill. 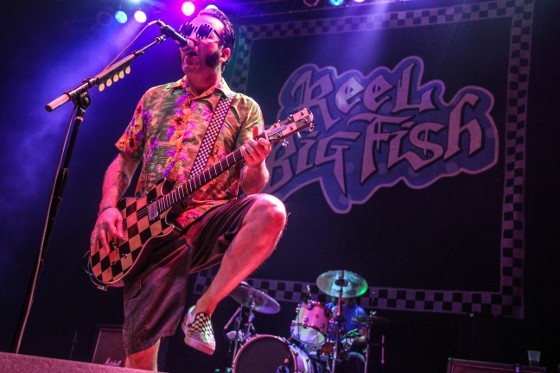 Reel Big Fish plays at Vans Warped Tour.
Jim Bricker via Houston Press
Vans Warped Tour
July 1
Pepsi Center
$45
vanswarpedtour.com
When it started in 1995, the Vans Warped Tour was geared toward skaters, but it's since grown into one of the best traveling punk, rock and ska tours in the country. Sadly, this year marks the final run for the tour, but it's going out with a bang: The lineup includes 3OH!3, Black Veil Brides, Reel Big Fish and a few dozen other acts playing on five stages in the Pepsi Center parking lot.

Telluride Jazz Festival
August 3-5
Telluride Town Park
$60-$490
telluridejazz.org
For more than four decades, the Telluride Jazz Festival has been celebrated as one of the most scenic music events in the country. While the weekend kicks into high gear during the day with nationally recognized talent like Bruce Hornsby & the Noisemakers, Irma Thomas, Jaimoe’s Jasssz Band, Karl Denson’s Tiny Universe and BADBADNOTGOOD, there’s also a lot happening during the festival’s Jazz After Dark shows at various venues, including Gogo Penguin at the Liberty Bar & Lounge.

Matt and Kim will play Velorama in August.
Brandon Thrift

Velorama
August 17-19
Parking Lot B, 2700 block of Blake Street
$10 to $600
veloramafestival.com
The three-day Velorama festival returns for a second year, as the big entertainment component of the Colorado Classic bicycle race. The sophomore class promises to bring plenty of music to RiNo, with Glass Animals, Matt and Kim, Cold War Kids, the Kills and more. 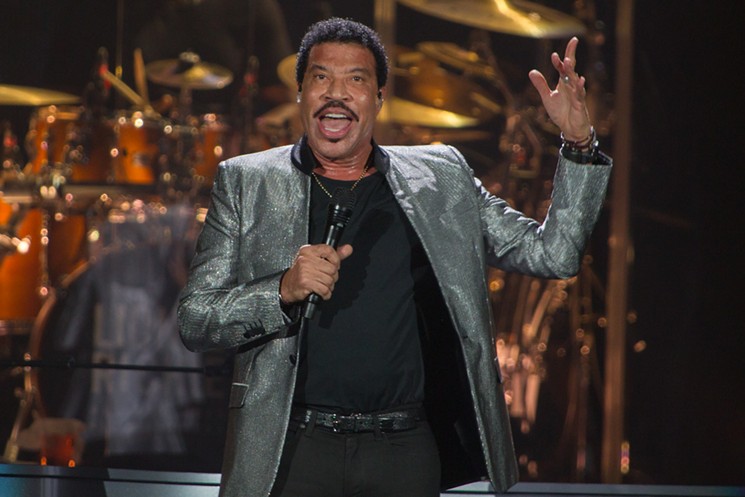 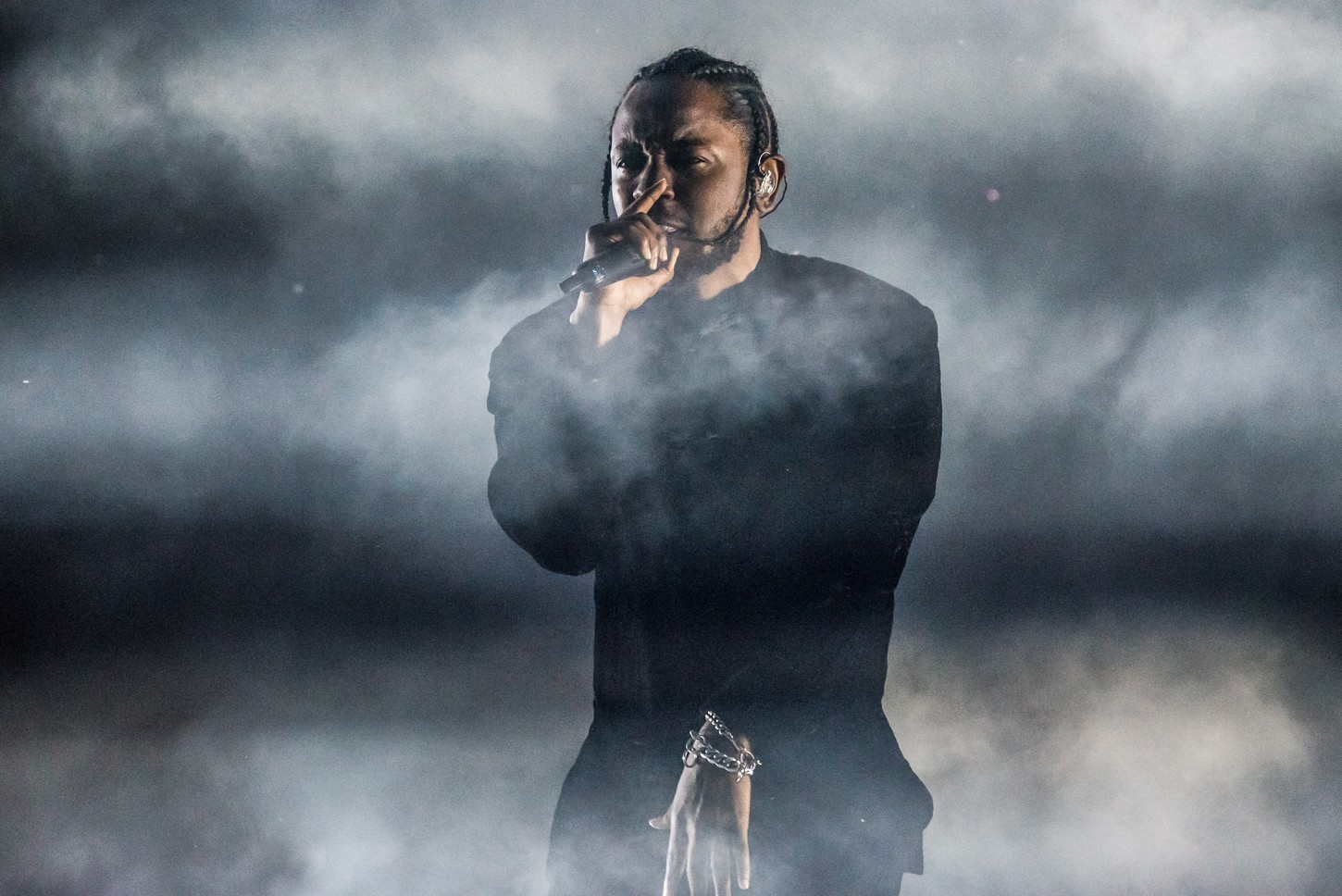 Kendrick Lamar will headline the first-ever Grandoozy.
Mathew Tucciarone
Grandoozy
September 14-16
Overland Park
Three-day passes $259.50-$674.50
grandoozy.com
The co-creators of Bonnaroo and Outside Lands (both massive music festivals) aim to create a festival of the same caliber with the first-ever Grandoozy. The three-day event boasts such headliners as Kendrick Lamar, Florence + the Machine and Stevie Wonder, but other scheduled acts like the Chainsmokers, Logic, Sturgill Simpson and Miguel can be just as compelling in the live setting. 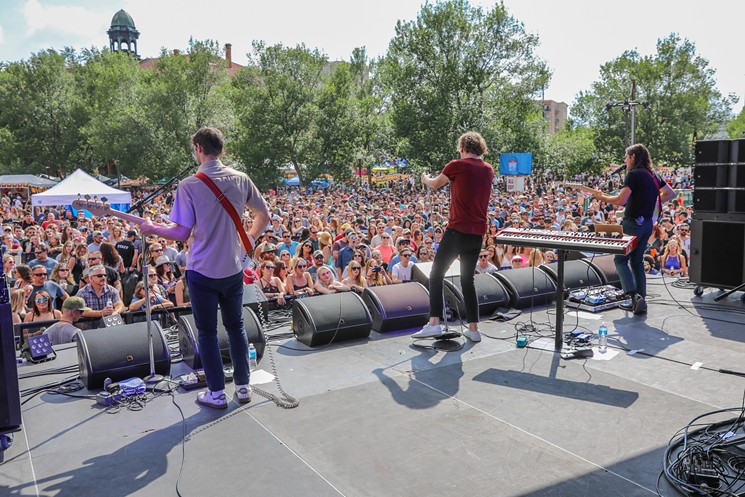 Westword Music Showcase
June 23
The Golden Triangle
Tickets $55 and up
westwordshowcase.com
The Westword Music Showcase, the largest single-day festival celebrating the Denver scene, returns to the Golden Triangle on Saturday, June 23. Our 24th annual music festival will be better than ever, with such national headliners as Galantis, Bonobo (live), St. Lucia, The Front Bottoms, Joywave, Phantoms, Treepeople, MAGIC GIANT, Sunflower Bean and Tracksuit Wedding, as well as more local bands than you can hear in a day, performing at venues throughout the neighborhood. General admission tickets start at $55; the VIP experience (21+ only) includes access to all Showcase venues, a VIP entrance to the outdoor area, special viewing spaces by the two main stages, and a VIP retreat. Watch for updates on westword.com/music.
KEEP WESTWORD FREE... Since we started Westword, it has been defined as the free, independent voice of Denver, and we'd like to keep it that way. With local media under siege, it's more important than ever for us to rally support behind funding our local journalism. You can help by participating in our "I Support" program, allowing us to keep offering readers access to our incisive coverage of local news, food and culture with no paywalls.
Make a one-time donation today for as little as $1.