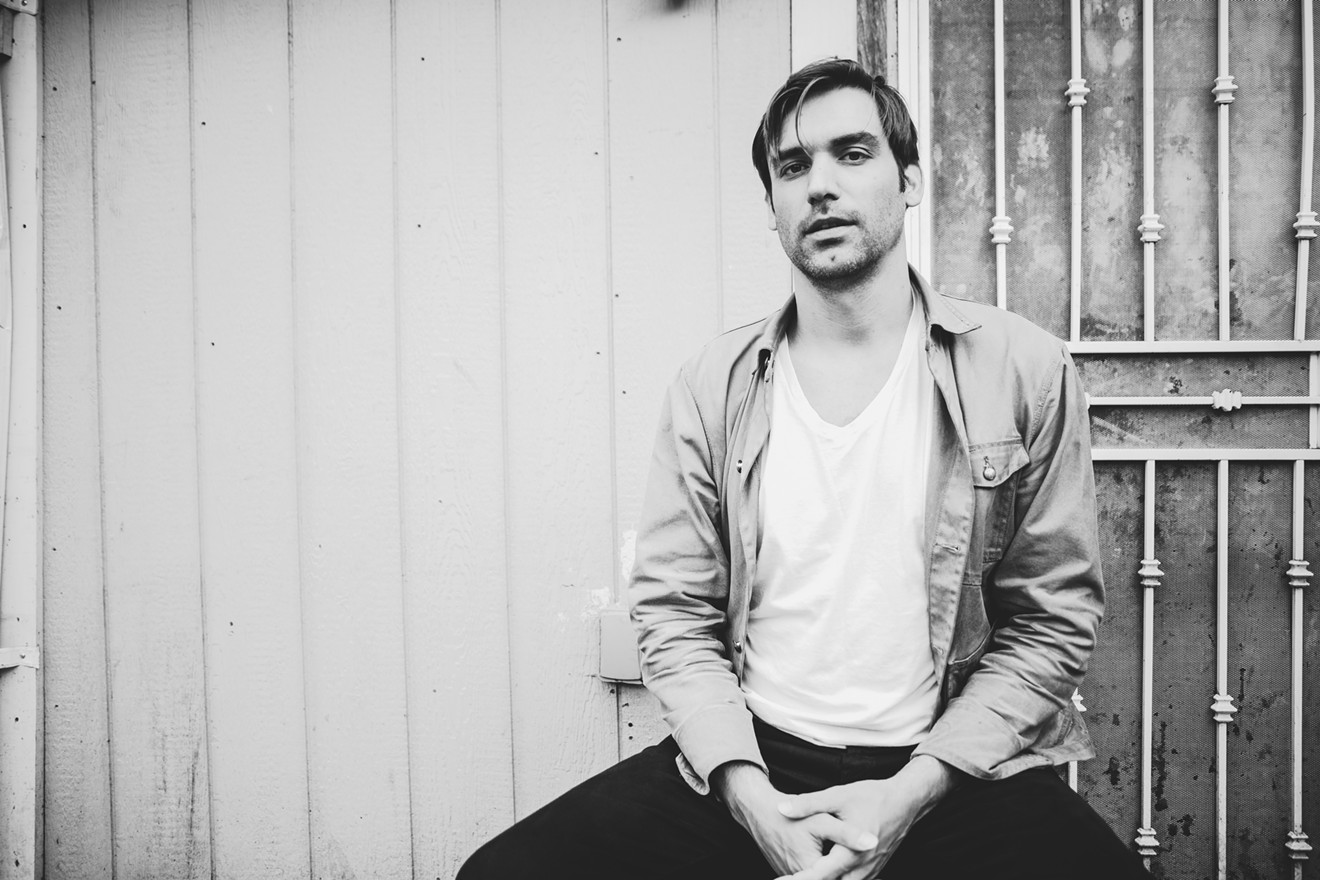 Daniel Rodriguez of Elephant Revival is releasing his first solo album. Meleah Shavon
Weeks before Elephant Revival was slated to play Red Rocks Amphitheatre in 2018, the Nederland-based band — along with the fourteen-year-old relationship between bandmates Daniel Rodriguez and Bonnie Paine — came to an end with an announcement that it would be going on an indefinite hiatus.

While fans puzzled over the abrupt end of the beloved band, Rodriguez kept moving: writing songs, chronicling his grief.

"It was a romantic breakup that was also intertwined with my professional life," he explains. "It was kind of a double whammy. Given some time, two years after, I've done a bit of healing and a bit of perspective-gaining, and just do my best to move through all that stuff emotionally."

Now, in the middle of a pandemic, Rodriguez is about to debut his first full-length solo album, filled with songs written toward the end of Elephant Revival and in the aftermath. On Thursday, July 16, he's premiering the track "Brother John" with Westword. The song is a testament to the power of music to soothe and soften the hardest of souls.

Hear it for yourself:

"It’s interesting that the album’s coming out two years after I wrote those songs, because it’s putting a mirror back to that time period," Rodriguez says. "I’m getting to revisit it all from a different perspective. It was very challenging, as any breakup is. Fourteen years is a long time."

Rodriguez has gotten plenty of distance from the album, though, and is already detached from the songs and their subject. With the COVID-19 pandemic still halting most live music, Rodriguez is busy gardening for the first time (he says that fellow songwriter and farmer Gregory Alan Isakov has offered to mentor him) and writing more music.

"As much as I love how this record came out, I’ve already written my next record," he notes. "I’m on to the next thing — respectfully. I’ve listened to this record numerous times pleasurably. That’s kind of rare, to be able to listen to your own stuff. As far as sharing it, I’ll let my friends, family and fans find it on their own."

Rodriguez, who has found going solo liberating because he can play across so many different genres and in so many different configurations, says that fans can expect a wide array of tracks on the record. "You’ve got your share of rock and gritty tunes, heartbreak tunes, joyful songs that talk about alchemical metaphors about being born into this world," he explains.

While there is plenty about playing with Elephant Revival that Rodriguez misses, he's getting used to making music under his own name.

"It's felt liberating," he says. "It’s also kind of embarrassing, you know. Your birth name. I would probably feel different if I made up a name. I had to act really fast."

Unfortunately, he's not the only Daniel Rodriguez making music in this country. One, from Wisconsin, reached out to him, irked, not long after the former Elephant Revival member went solo.

"When I would go on tour, certain venues would tag him instead of me," explains Rodriguez. "He was getting annoyed with it. I was like, 'Man, I’m so sorry. I’ll fix it.'"

Those two Daniel Rodriguezes met when the Wisconsin one was traveling to Estes Park. They talked music and bourbon; both are aficionados.

There's also a Dan Rodriguez who's an opera singer. "He was a New York police officer during September 11," explains Rodriguez. "And he sang 'America the Beautiful' at the memorial."

Despite an occasional name mix-up, the decision to strike out alone has been a good one for Colorado's Rodriguez.

"It's been beneficial in a lot of ways," he says. "I can create and write whatever I want to write — not that I couldn’t before, but there’s no delay on when I can get stuff out. Elephant had its own internal machine, and its own timeline, and its own democracy. Right now, I can kind of express and put things out whenever I want to and not bounce things off of a gauntlet of people. I miss that band. It's one of my favorite bands in terms of the sound we were able to achieve and the audience we were able to curate.

"It’s difficult starting over from scratch, but it’s worth it," he adds. "Those things are kind of scary. You should try them out once in a while."
KEEP WESTWORD FREE... Since we started Westword, it has been defined as the free, independent voice of Denver, and we'd like to keep it that way. With local media under siege, it's more important than ever for us to rally support behind funding our local journalism. You can help by participating in our "I Support" program, allowing us to keep offering readers access to our incisive coverage of local news, food and culture with no paywalls.
Make a one-time donation today for as little as $1.