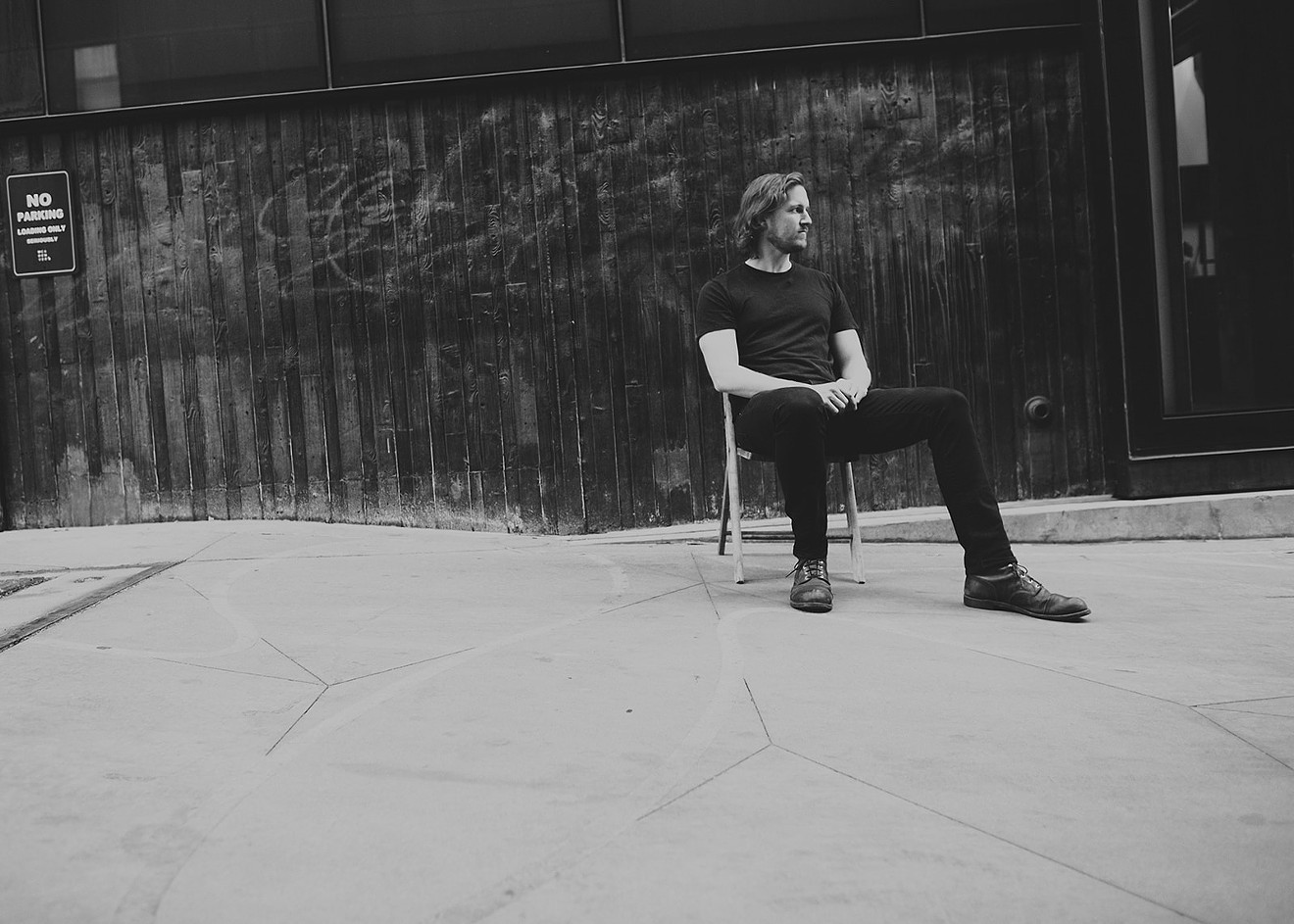 Brennan Mackey of King Cardinal. Kate Ivy
King Cardinal frontman Brennan Mackey has made music that centers around a country-tinged Americana sound for the past several years. At times, he has forayed into the 1970s, blue-eyed-soul territory with songs such as “Bluebird Day.” But King Cardinal’s latest single, “Runaway,” evokes the cocaine- and tequila-fueled yacht rock of “Hey Nineteen,” by Steely Dan.

“We definitely leaned into the dad rock/yacht rock,” Mackey says of his band's new single. “I think they're calling it 'mellow gold' now.”

“They're a great band,” Mackey says. “They have such a distinct sound, so it wasn’t hard to lean in that direction.”

Former member Texanna Dennie, who has moved on to the Nashville music scene, sang the vocals on the track, which originally had heavy Fleetwood Mac tones. The song is also a collaboration with other members of Denver bands, including the Still Tide, Manycolors, Covenhoven, Bluebook and the Fray. Mackey then reworked the song – most of the instrumentals were re-recorded or changed in post-production – and added a healthy amount of guiro to the track.

“That’s very Steely Dan,” he says of the Latin American percussion instrument. “You pair that with some keys, some spacey keys, and you get a mega Steely Dan vibe, for sure.”

The lyrics detail escaping an abusive relationship and went through a few variations as different people worked on the words.

“It’s a person saying, ‘We can either end this on good terms or I’m just going to be gone [and] we can end it poorly. Either way, it’s ending,’" Mackey explains. "That was kind of the impetus of the song.”

"Runaway" also is expected to appear on a King Cardinal compilation album that Mackey plans to release next year. The project will comprise past singles, including the popular 2020 track, "The Long Goodbye," and covers. He sees it as a mixtape-style release in the vein of Nirvana’s 1992 offering Incesticide.

“I think we’ve put out five singles so far,” he says. “We'll put out four or five more this year and put them in one package. We don’t want to call it an album, because the songs aren’t really cohesive.”

The band is also working on a new album of original material that might debut in late 2023 but will be preceded by several single drops. Mackey says he sees King Cardinal taking a more modern approach with its sound as it works on the new material. That’s in part because of a pretty big lineup change, as some members have moved on to other projects and cities.

“We’ve been kind of letting loose of the constraints that we put on ourselves,” Mackey says. He explains that in the band's "pre-pandemic mindset," there was a focus on sounding purely Americana. "If I brought a song and it didn’t sound like a King Cardinal song," he says, "we wouldn’t do it.”

He adds that the lineup of King Cardinal has become so flexible and interchangeable that he’s beginning to consider it as more of a collective than a traditional band. But that’s fine — Denver has a lot of musicians.

“It’s kind of whoever exists in our ecosystem and is available will come and play on whatever we're working on,” Mackey says. “Denver has a great amount of musicians who are into collaborating.”

“Runaway” is now available on Spotify and Soundcloud. King Cardinal plays Lost Lake Lounge, 3602 East Colfax Avenue, on Friday, April 1, with Corsicana and Claire Heywood. Tickets are $12.
KEEP WESTWORD FREE... Since we started Westword, it has been defined as the free, independent voice of Denver, and we'd like to keep it that way. With local media under siege, it's more important than ever for us to rally support behind funding our local journalism. You can help by participating in our "I Support" program, allowing us to keep offering readers access to our incisive coverage of local news, food and culture with no paywalls.
Make a one-time donation today for as little as $1.