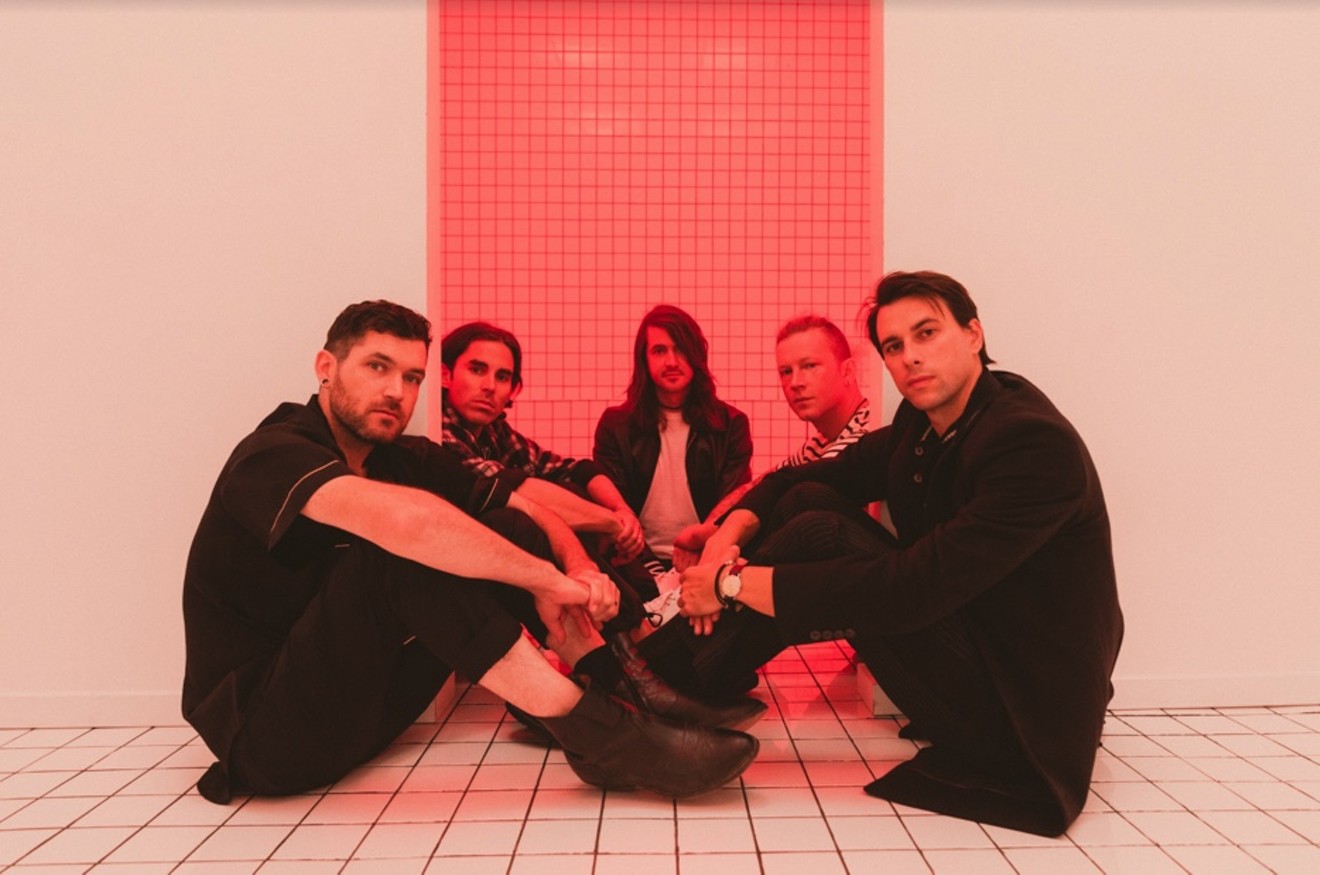 Mayday Parade comes to the Gothic Theatre on Wednesday, March 2. Jordan Knight
You can celebrate Mardi Gras at one of Denver's many Fat Tuesday-themed concerts (a few with delicious dining options) on Tuesday, March 1. Then some of the biggest concerts of the week will happen on Wednesday, March 2, with Mayday Parade at the Gothic Theatre, where you will be able to channel your inner 2000s scene kid, and Joshua Radin at the Bluebird Theater, which will have a more mellow — and less angsty — vibe. Jam band Dopapod hits the Fox Theatre that evening for another must-see show, and moves on to the Aggie Theatre the next night.

G. Love and the Juice is another must-see act coming to town. Known for his hip-hop funk music with G-Love and Special Sauce, the musician is bringing his new band, the Juice, on this tour, which will hit four Colorado cities on a run stretching from Thursday, March 3, through Sunday, March 6.

Joshua Radin
Wednesday, March 2, 8 p.m.
Bluebird Theater, 3317 East Colfax Avenue
$25
Singer-songwriter Joshua Radin brings his acoustic folk to Denver. He first gained popularity when his songs were used on the show Scrubs and is a favorite of many, including Ellen DeGeneres, who had him perform at her wedding.

Dopapod
Wednesday, March 2, 8 p.m.
Fox Theatre, 1135 13th Street, Boulder
$22.50-$25
Thursday, March 3, 8 p.m.
Aggie Theatre, 204 South College Avenue, Fort Collins
$20-$25
Dopapod has named all of its albums after palindromes, and the band has an idiosyncratic, electro-jam sound that makes you move your feet. Don't miss out when this Boston act comes to town.

The Greeting Committee
Thursday, March 3, 7 p.m.
Globe Hall, 4483 Logan Street
$18
The Greeting Committee is an incredible indie-rock band, with singer Addie Sartino's mystifying, soft vocals and earnest lyrics. This is bound to be a memorable show, whether you go solo or for a romantic night with a loved one.