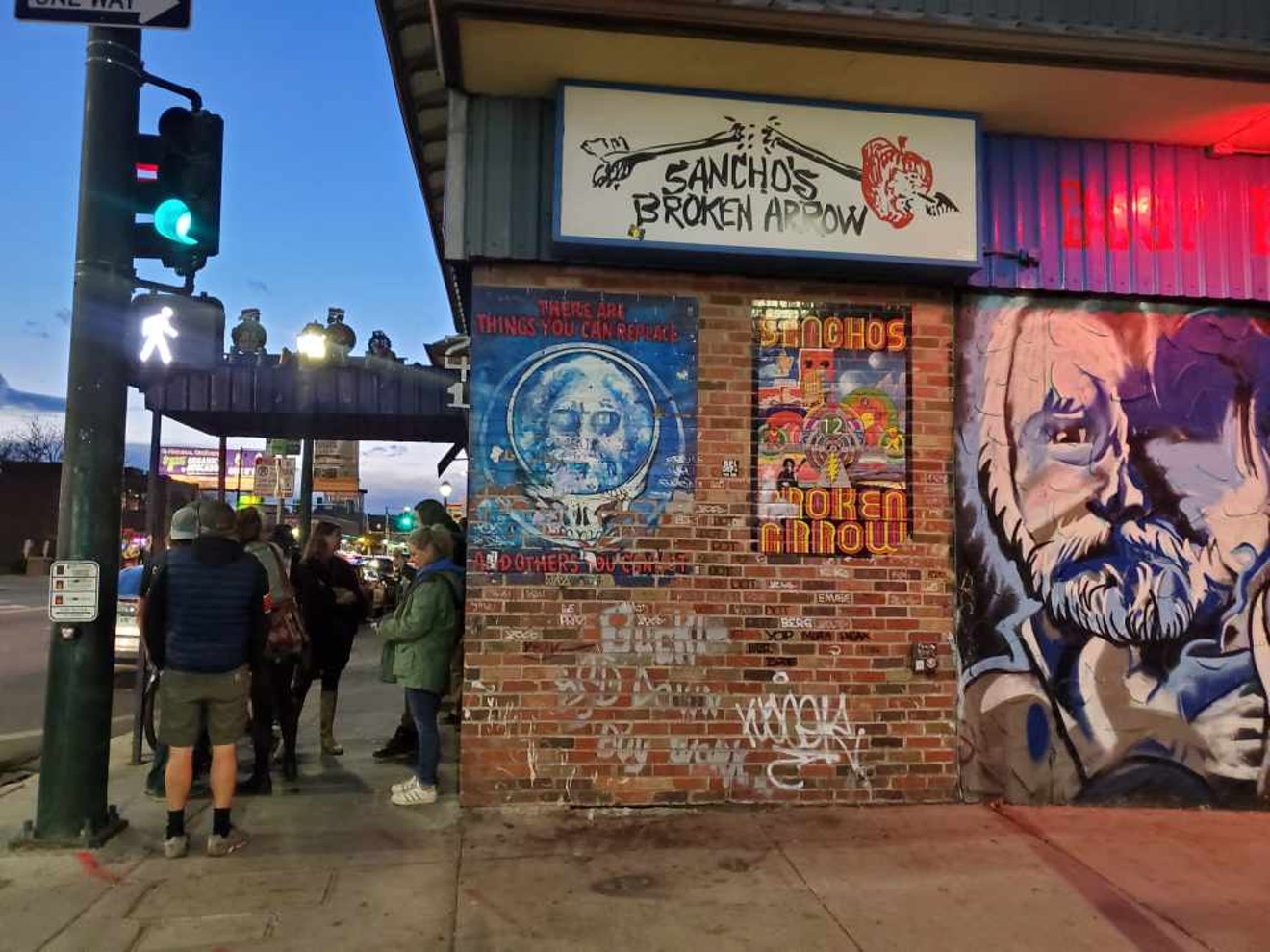 In an agreement with the Denver City Attorney's Office, Sancho's owners and Carol McCarthy, the landlord of the space at 741 East Colfax Avenue, have accepted a public-nuisance declaration for the property for one year; a Denver County Court judge signed off on the deal January 5. For the next year, the City of Denver will have the authority to accept or deny any proposed sale of the property. During this time, the owners of Sancho's cannot enter the property except to retrieve personal belongings.

Both the licensing and public-nuisance cases involving Sancho's revolved around allegations that an employee of the venue had sold cocaine to undercover cops in 2021.

Sancho's was owned by controversial music promoter Jay Bianchi, who'd run Deadhead venues around town for more than two decades. But as he was hit by sexual-assault allegations (which he denied), union complaints over fair payment and citations from the city over violating COVID protocol, in late 2020 Bianchi divided his holdings so that Tyler Bishop owned two-thirds of Sancho's and Timothy Premus owned one-third. Bishop also took over as sole owner of So Many Roads Brewery, another Bianchi venue located at 918 West First Avenue. But on social media, at least, Bianchi continued to take a strong interest in both bars.

The city's cases against Sancho's started in February 2021, when the Denver Police Department sent two plainclothes vice cops to the bar to conduct an undercover drug purchase. They weren't able to buy drugs that night, but after two other vice cops met an employee at So Many Roads who also worked at Sancho's, the DPD officers were able to purchase cocaine at the bar in September 2021, and then a second time that November.

After that, Sancho's was hit with a notice of potential liquor-licensing action for four counts of cocaine dealing, two counts related to an unlicensed security guard on the premises, two counts of allowing underage alcohol consumption, and three charges related to the conduct of an establishment, including allowing on-site marijuana consumption.

Facing a liquor license case from the Department of Excise & Licenses, So Many Roads ultimately decided to settle the case by agreeing to close for the month of November 2022; it is now back in business.

Rather than go to a licensing hearing, Sancho's Broken Arrow struck a deal with the Excise & Licenses in October to give up the venue's tavern liquor license and cabaret license; for a year after the date of the settlement agreement, the address cannot be issued any similar licenses.

This Deadhead bar is dead.
KEEP WESTWORD FREE... Since we started Westword, it has been defined as the free, independent voice of Denver, and we'd like to keep it that way. With local media under siege, it's more important than ever for us to rally support behind funding our local journalism. You can help by participating in our "I Support" program, allowing us to keep offering readers access to our incisive coverage of local news, food and culture with no paywalls.
Make a one-time donation today for as little as $1.