Denver's Shilo Gold on Her Monday Night Appearance on The Voice 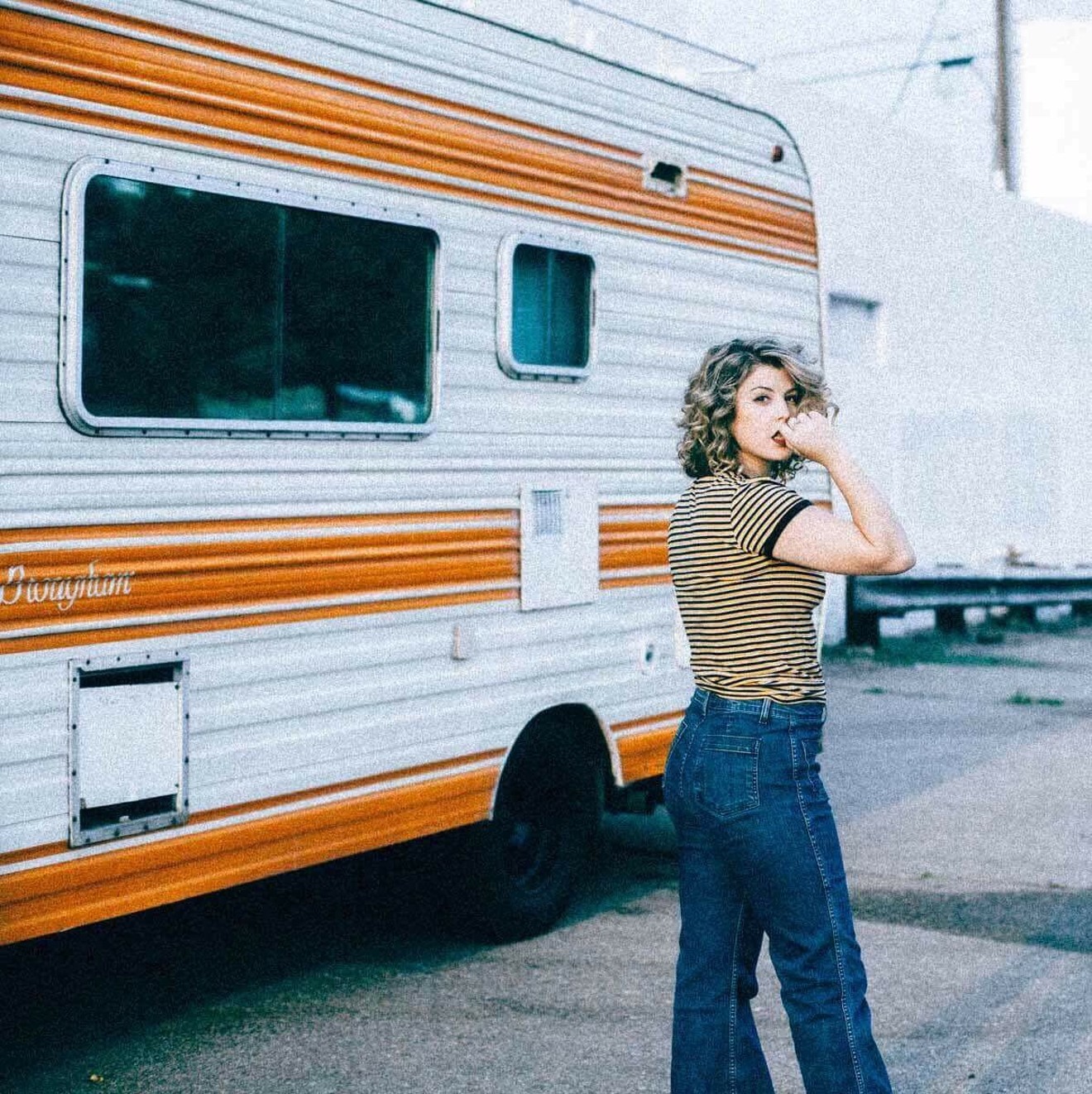 Shayna Goldstein, who performs as Shilo Gold, auditioned for season thirteen of NBC's The Voice. Haley Hunt Davis
Monday night, on The Voice, the world met Shilo Gold, a Denver-raised singer-songwriter who moved to Los Angeles to pursue her music career in 2013.

Born Shayna Goldstein, she comes from a tight-knit Jewish community in Denver; her dad was a seventh-generation cantor, and everyone knew her for her family's name. She wanted to find a way to distinguish her own identity from her musical persona, to allow her to more fully embody her craft. Thus the artist name Shilo Gold was born.

“I wanted to find a way to separate myself, my soul and my person from my art form and get behind a project and get behind something where I could say, ‘If this music speaks to you, please come see it and share it,’" Gold says. "But don’t come just because you’re my friend. I’m not offended if you don’t come to my shows, if you don’t buy my albums. But if you like this product, here is this product I’m giving you.”

In L.A., Gold dabbled in an electronic sound and also acted, both of which she eventually wrote off as unsatisfying.

“It didn’t feel nourishing, what I was doing,” Gold explains. “Playing for my friends in small bars in Hollywood, it didn’t feel like that was my purpose as an artist. So I asked myself what that would be, and really, it was that I wanted to travel, see the world and share the world through my eyes with people.”

She spent 2016 touring the U.S. with her guitar, her folk sound complementing her soulful voice. Through that, she realized that she could build her career one email to a booker at a time and began planning a European tour.

“That shift completely changed my life,” Gold says. “For so long, I thought I needed a booking agent or a manager or someone to do it all for me. I realized that the only person stopping me from living my dream was me. Because if I failed, I would know that I tried, and then I’d move on to something else that also felt nourishing.”


Following the tour, around November 2016, Gold decided that she wanted to audition for a show like The Voice. This was a change for her. When she was sixteen, she had appeared on ABC’s reality show High School Musical: Get in the Picture and decided television was not the path for her. Instead, she wanted to focus on her art and not necessarily celebrity status. But spending so much time by herself on the road, she then decided she wanted to reach a broader audience, and if there was ever a time to audition, it was now.

“A part of me, at least up until this point, didn’t feel totally secure in what I stood for as an artist,” Gold explains. “I think growing up in your early twenties is such a time of finding yourself.... It felt like if there was ever a time to go on a show that potentially could share my message with the world, now would be the time.”

Come February, she received an email from The Voice asking if she would be interested in trying out for the show. Ultimately, she found herself in a blind audition in front of celebrity judges Miley Cyrus, Jennifer Hudson, Adam Levine and Blake Shelton. The episode aired Monday, October 2, and revealed that Gold was selected for Team Miley, after singing “Stay With Me Baby,” by Bette Midler.

However Gold's journey unfolds on the show and beyond, she feels ready for what's to come.

“I’m a firm believer of manifesting things,” Gold says. “I put it out in the world, and the world decided I was ready for it.”

Follow Shilo Gold's journey on The Voice Monday and Tuesday nights on NBC.