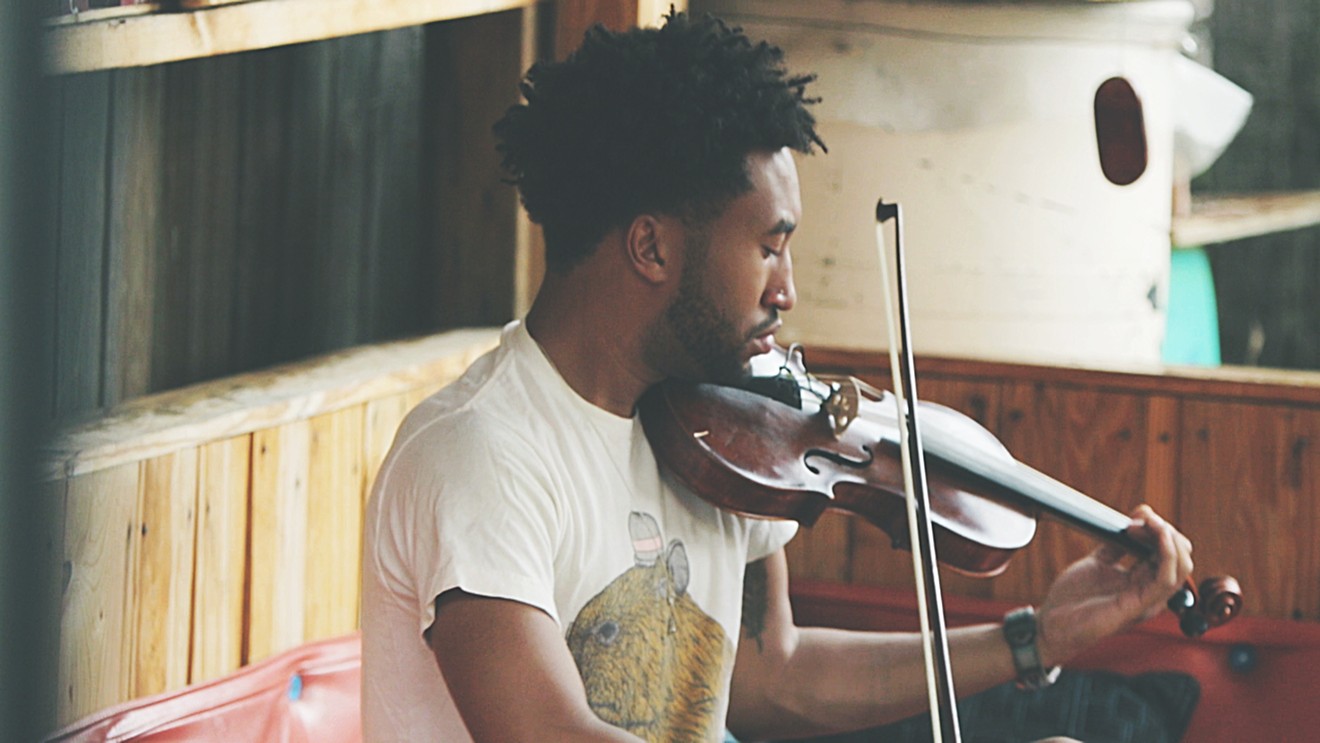 Alex Blocker Tanner Morgan
Durango Musician Alex Blocker doesn't limit himself to one genre. While his songs include hip-hop elements and R&B vibes, he's a classically trained violinist, and he plays the instrument with his live band.

Blocker first picked up the violin when he was growing up on Chicago's Southside, after seeing his mom's friend play the instrument. He  moved to Durango six years ago to study violin at Fort Lewis College; since graduating, he has continued to write and record music with Colorado musicians, including songs for his upcoming album, Moonlight Palace.

"It’s hard for me to imagine if I had not gone that route," he says of his studies. "But with where I am now, that route has done a lot for me. It gives me the foundation to be more creative [about] where I take the songs live."

Blocker, who headlines the Mercury Cafe on June 16, just released a new music video for his song "Makes Me Wonder II." The video was conceptualized with collaborator Ocean Ox and others in Chicago, but shot in the stunning New Mexican desert.


"The music I make is very personal to me. The moment I make the song, I’m already having visions of what the visuals could be," Blocker says. "I haven’t directed every video, but I like to be in control of my own art as much as I possibly can."

He keeps tight reins on who touches his music, because his writing is more of his personal journal than anything else. "If you go through my discography, it’s a reflection of whatever is going on around that time," he says.
The video follows him as he journeys back home through the New Mexico desert to his family. Blocker, who works as a music teacher with young children, wanted to create a tribute for the black families he's met through his work and life.

"In a way, it was telling a story I wished I was a part of," he says of the video. "I definitely grew up with my mom. It was a lot of just me and her." 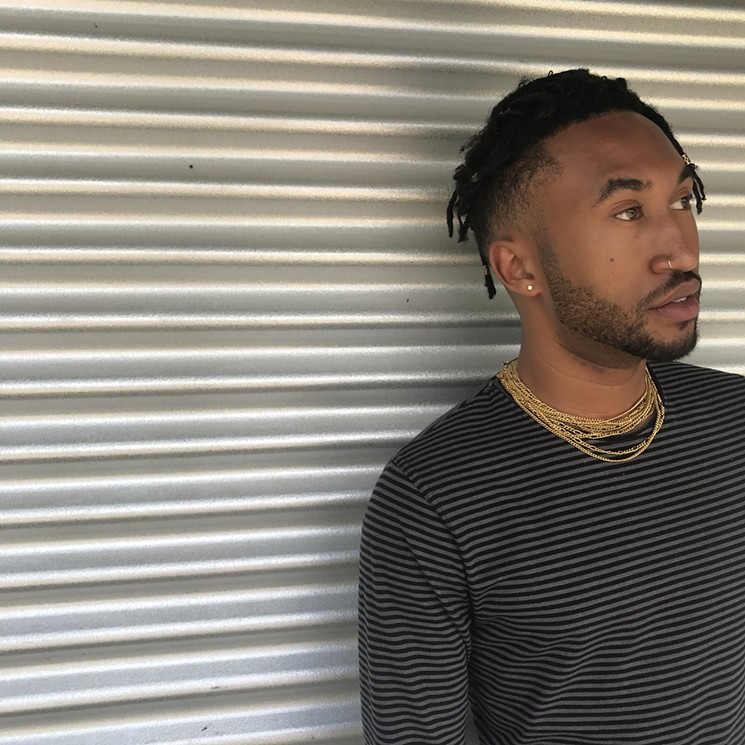 Durango musician Alex Blocker combines hip-hop, R&B and classical violin.
Tanner Morgan
The video was released as part of a project he created called #BlockerOnTuesdays. "Every Tuesday, I release some piece of new content. It might be a song; it might be a new video," he says. "We live in a world where people expect abundance. A song doesn’t sustain people for as long as it once did."

During an upcoming #BlockerOnTuesday session, he'll release Moonlight Palace. He wrote it over the past year, during a time of personal transition after moving into a large house with a group of artists. Everyone would stay up late at night, creating and working on their own individual projects, talking about life into the early hours of the morning. The experience inspired the album's title.

Working full-time as a music teacher and creating music full-time, Blocker could easily burn out, a possibility he shrugs off.

"I’m the type of person who is going to be a person involved in the arts," he explains. "It is a passion. I’m going to do it regardless."

Alex Blocker 2 p.m. June 16, Mercury Cafe, 2199 California Street, $10.
KEEP WESTWORD FREE... Since we started Westword, it has been defined as the free, independent voice of Denver, and we'd like to keep it that way. With local media under siege, it's more important than ever for us to rally support behind funding our local journalism. You can help by participating in our "I Support" program, allowing us to keep offering readers access to our incisive coverage of local news, food and culture with no paywalls.
Make a one-time donation today for as little as $1.