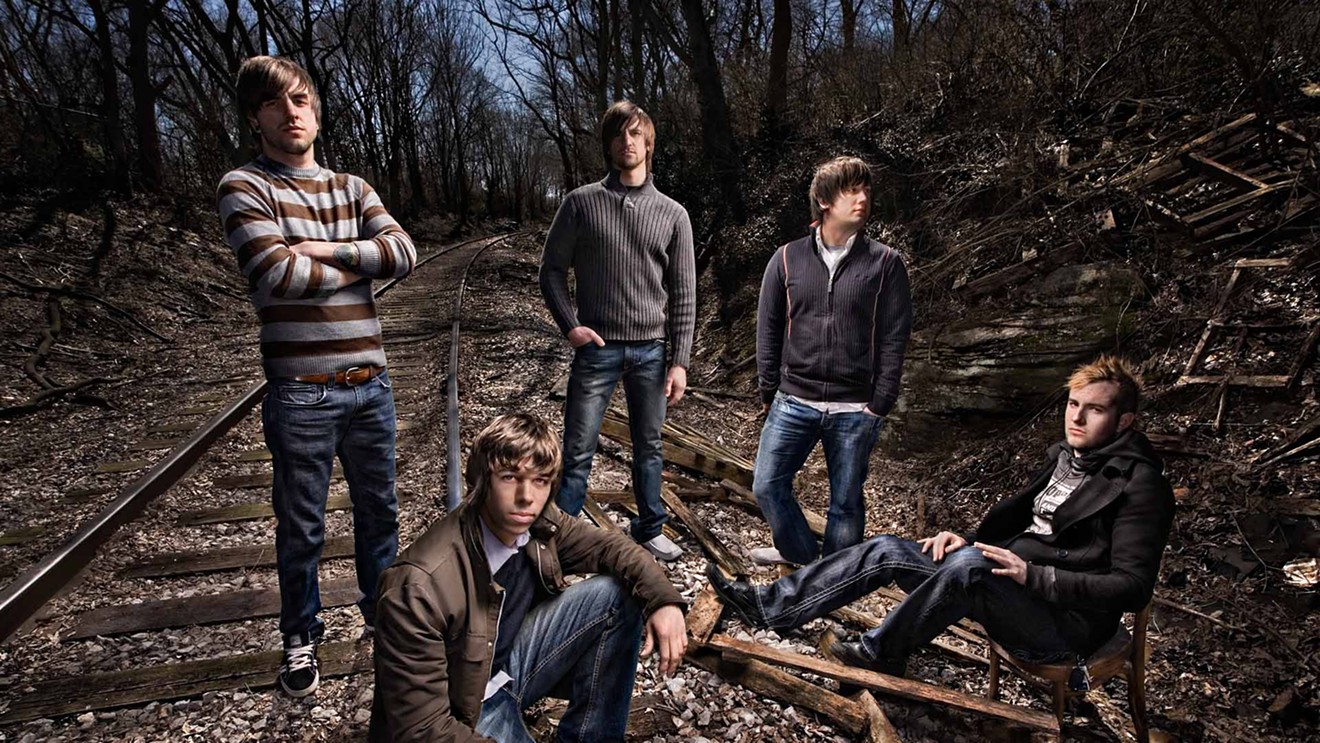 While a handful of these metalcore bands are still playing sold-out venues and grabbing Grammy nominations, others have faded into history. 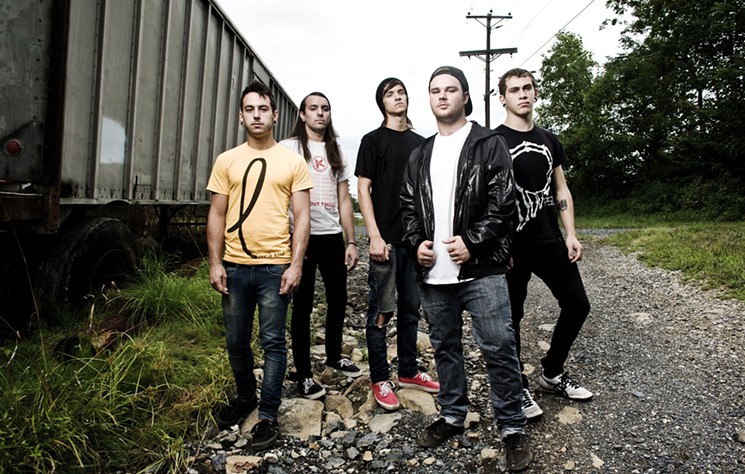 The band followed Salt of the Earth with four studio albums: I Am (2009), One Reality (2011), Texas in July (2012) and Bloodwork (2014).
The band's Christian cred came under fire from the religious right in 2011, when the group agreed to play the 2011 Take Action Tour, which was sponsored by a pro-choice and pro-LGBT website. The bandmembers broke up in 2015 to pursue other musical endeavors.
click to enlarge 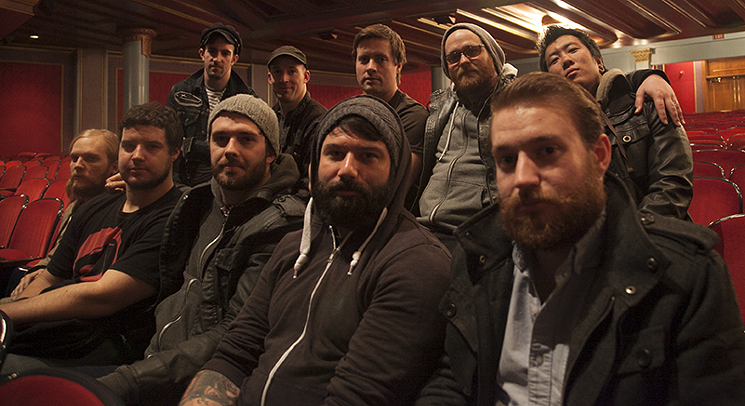 One of the earlier purveyors of Christian metalcore, Indiana's Haste the Day formed during the post-hardcore days of the early-2000s but quickly established itself outside of that genre with six studio albums between 2004 and 2015.

Early output like Burning Bridges and When Everything Falls displayed the band's unique sound, complete with clean singing and intricate song structure.
The Solid State Records band cranked out albums before taking a short break in 2014. Each of the band's last five records — When Everything Falls (2005), Pressure the Hinges (2007), Dreamer (2008), Attack of the Wolf King (2010) and Coward (2015) — have made their mark on the Billboard charts.
click to enlarge 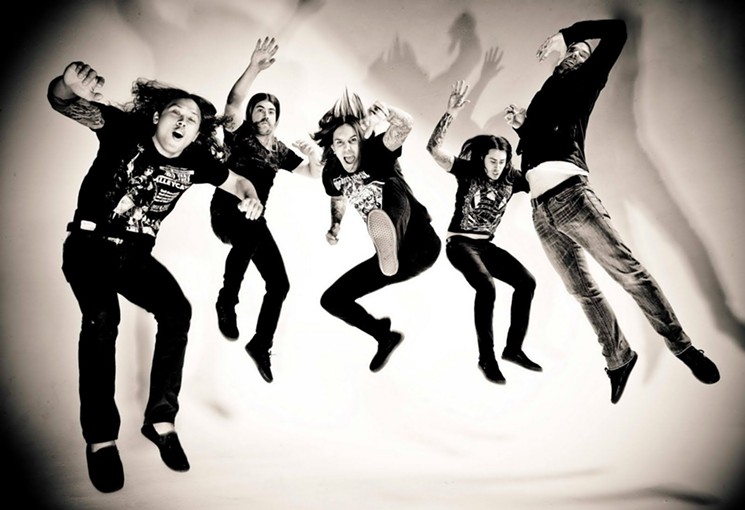 By the time the song "Nothing Left" was nominated for a 2008 Grammy in the Best Metal Performance category, As I Lay Dying had established itself as a heavy-metal hitter. Then, singer Tim Lambesis's conviction for the attempted murder of his wife and his admission that the band's Christian message was a farce ruined it all. 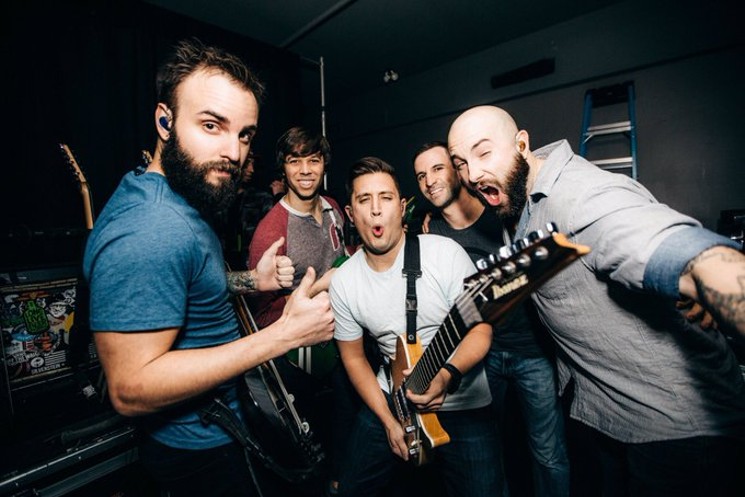 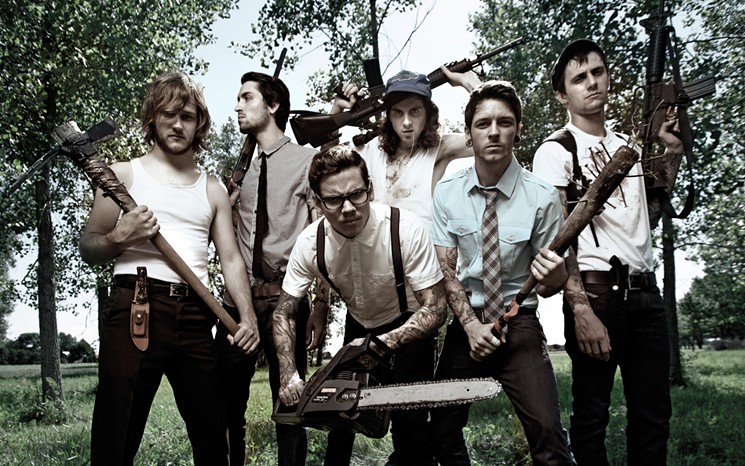 The Dayton, Ohio, outfit, The Devil Wears Prada, blew up thanks to MySpace, the social-media site where independent bands promoted their music in the mid-2000s. The group, like August Burns Red, spawned a thousand copycats after releasing its brand of Christian metalcore online.

The Devil Wears Prada drafted the blueprint for the Christian metalcore sound with its first two albums, Dear Love: A Beautiful Discord (2006) and Plagues (2007).
The act hit the mainstream with its 2009 album, With Roots Above and Branches Below, which landed at number eleven on the Billboard 200 chart and number one on the U.S. Top Christian Albums, Independent Albums and Top Hard Rock Albums charts, respectively. Dead Throne (2011) peaked at number ten on the Billboard chart and again topped the U.S. Top Christian Albums and Independent Albums charts. Not to be overshadowed, the band's two concept EPs, Zombie  (2012) and Space (2015), are loaded with bangers like "Escape" and "Planet A."

August Burns Red will play the Ogden Theatre, January 17, at 7 p.m. Protest the Hero, In Hearts Wake and ’68 will provide support. Tickets are $23 in advance and $25 at the door.