George Clinton and P-Funk Had Us Thinking “Funk, Yeah!” 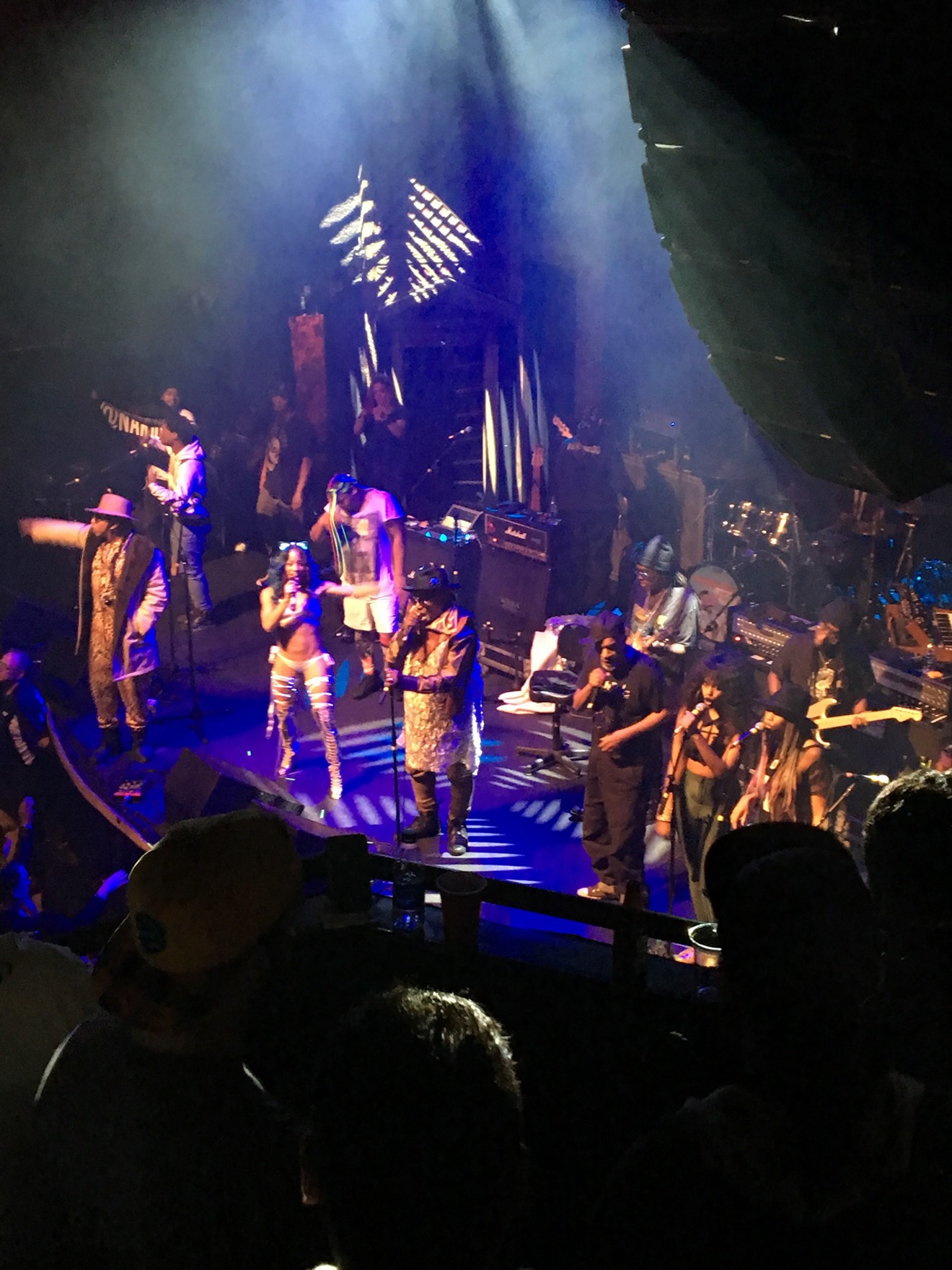 George Clinton, front and center, leading the P-Funk chaos at the Ogden Theatre. Chris Walker
I usually call my parents to catch up on weekends, and when I mentioned to my father that I was seeing George Clinton and Parliament Funkadelic at the Ogden on Sunday night, he just started laughing.

It was the appropriate reaction, after all; even though the P-Funk of 2018 (or at least on Sunday night in Denver) didn't have any spaceships, rollergirls or diapers on display like the band did back in my dad's day, it was still a hilarious spectacle to behold. Two dozen musicians, decked out in a wild assortment of costumes that ranged from leopard-print suits to thigh-high boots, swirled around each other on a crowded stage, taking turns participating in various funk grooves. There were elaborate horn breakdowns, distorted guitar solos, female backup singers and a surprising amount of rapping by very talented MCs. The two-hour-plus affair was chaotic, it was awesome, and it was pretty damned funny.

In response, a very inebriated audience bounced along to the music as if it were standing on unstable ground. Leading the circus was the legendary patriarch of the P-Funk family himself, George Clinton. His particular look was made complete by a sideways pimp hat, oversized glasses, and a large overcoat with leather and ruffled fabric that looked like New York Fashion Week meets Game of Thrones. 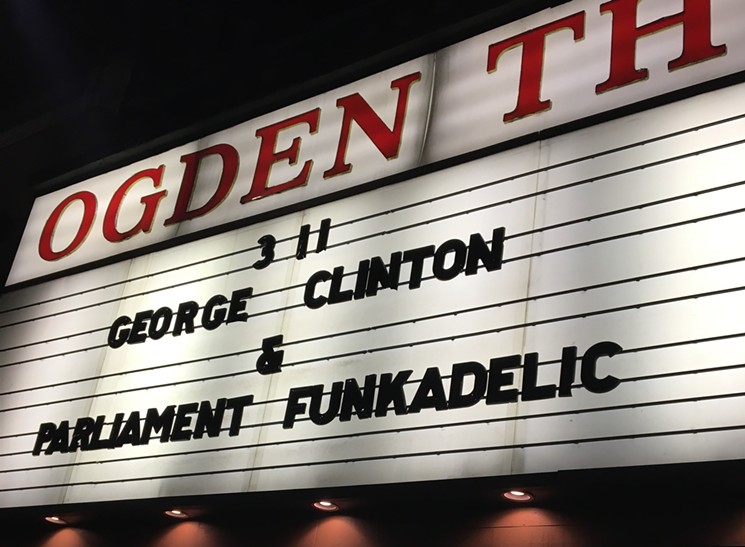 Chris Walker
At the age of 76, he spent much of the concert retreating to a swivel office chair in the middle of the stage from which he'd pump his fists and spin around, taking it all in as if he were seeing this for the first time, too. Given his age, I don't think anyone faulted Clinton for any lack of energy, as there was plenty of it around him.

During songs like “One Nation Under a Groove” and “Maggot Brain,” plumes of marijuana smoke rose from the audience in salute, which is also exactly what you'd expect.

I woke up on Monday morning with my ears still ringing from the show. My concert buddy, who's a graduate student and was beginning her next set of classes Monday morning, had a different type of souvenir.

She texted me at 7:50 a.m. with this message: “Omg, I just got done with an orientation and kept smelling marijuana...it's me. My jacket reeks from the concert.”