Readers: In Defense of Greensky Bluegrass and Jam-Band Fans 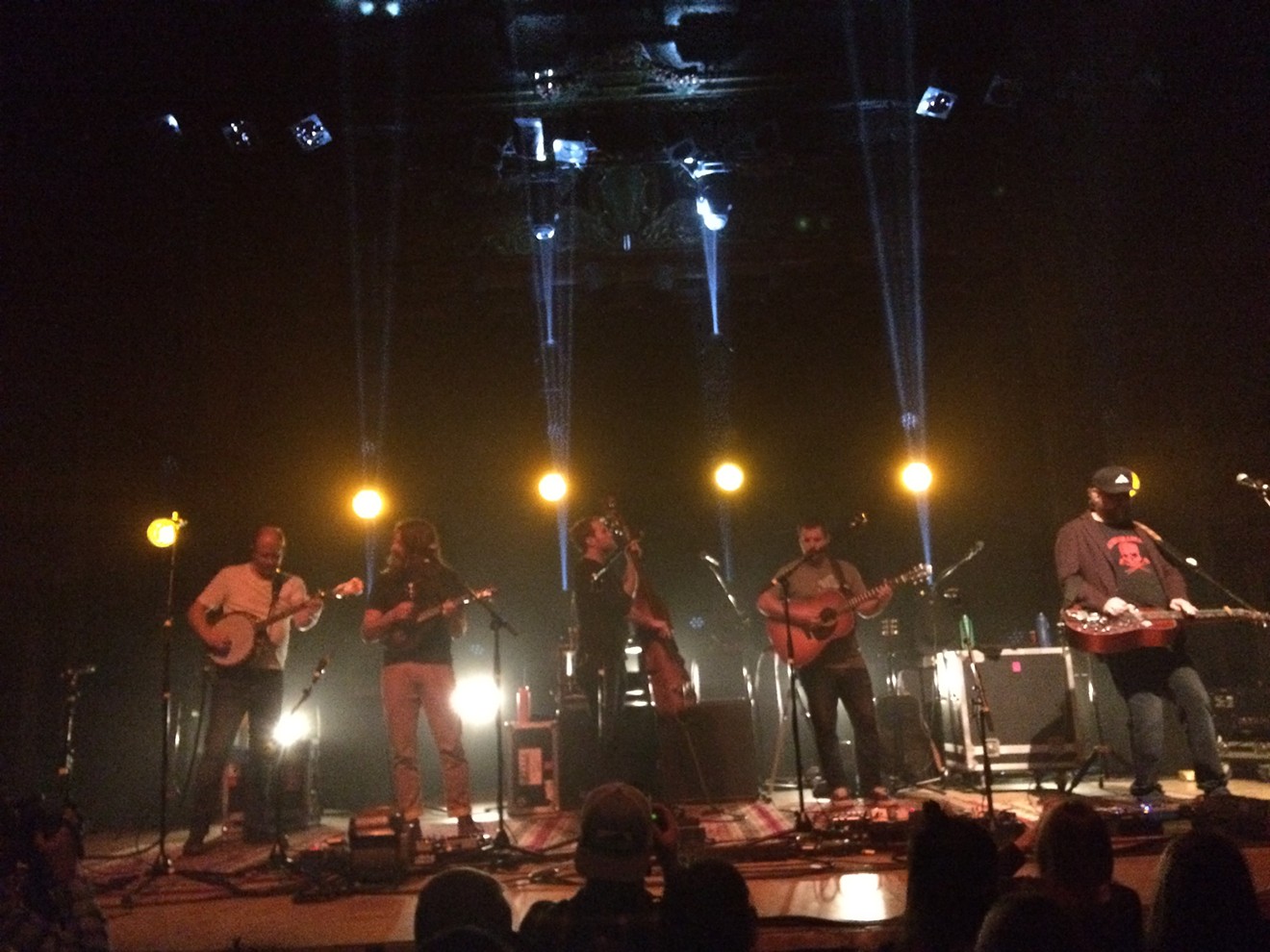 Greensky Bluegrass Adam Perry
The much-loved jam band Greensky Bluegrass played a three-night stand at Denver's Ogden Theatre, and Westword contributor Adam Perry — who isn't much of a jam-band fan — showed up to find out what the music was all about. He dished out a mixed review, praising bassist Mike Devol and the band's ability to produce rhythm without drums.

But he also took on the fans, describing them as spatially unaware and drug-addled. He railed against the guitar noodling that drags out so many songs at jam-band concerts. He described the biological functions of a coke-snorting concert-goer and someone barfing.

The piece generated ire among readers, who speedily came to the defense of the jam-band scene.


Including barf bags in the title piece reviewing a band whose members live here and should be celebrated is ignorant, negligent yellow journalism bullshit and it only decreases the credibility of the paper and the writer. The fact that there is nothing educated about the content within the article or that the tone, diction and syntax are all that of an angst filled mediocre middle schooler is the second worst part of this. In cities where we celebrate culture, New Orleans, New York, San Francisco writing of this nature is not found in any publication. Music reviews are written by musically educated objective quality writers. The author's hate of jam band scene is evident throughout the article. His inability to differentiate between melodies and rhythm is as inept as his inability to observe that quantities of alcohol and cocaine are in almost every single music show anywhere in this country. Whether or not I love this music or never listen to it at all the paper and the author should be ashamed for trashing a music scene that is so large and loyal and also trashing a band that has become a local Denver band with national recognition. Adam Perry you should read more, write less and quit your judgemental self-righteous attitude all together.


So one guy puked at a music show and that’s what you write about? Weak sauce bud. Greensky Bluegrass is wayyyy better than this sloppy construction of paragraphs you call an article. I understand jamgrass is not for everyone but if it is for you there is no better band doing it today than Greensky Bluegrass.


James, on the other hand, joins in Perry's jabs at jam-band fans:


How dare you offend jam fans. Truly some of the most polite fans on the planet. How will they react? They might take more acid tonight than normal just to get over this review.


Read on for more coverage of Greensky Bluegrass and jam bands:

Greensky Bluegrass
Adam Perry
"Why Do Jam Bands Have Such a Stigma?"

Here's a taste of Perry's original review of the Greensky Bluegrass show:

"Like just about every other jam band not including Duane Allman or Jerry Garcia, Greensky — which took notes from early Phish last night with some choreographed dance moves, quotes of classic-rock riffs during jams and a cover of Traffic’s 'Light Up or Leave Me Alone' — lacks a soloist with a rhapsodic, relevant, poignant once-in-a-generation voice, and that’s all right when the band is focused on tight versions of well-crafted songs and tasteful, brief solos rather than fifteen-minute jams.

"But the real chore when attending jam-band concerts is maintaining sanity amid an audience that, by the time the first set starts, includes many people so inebriated that they knock into each other, and even accidentally headbutt each other while dancing, without even realizing that they’ve upset — and sometimes physically hurt — a fellow concert-goer. If Trump/Russia is 'stupid Watergate,' the aforementioned phenomenon is 'stupid moshing.'

"Between sets, a guy at the urinal next to me turned and stated flatly, 'I have to poop when I do coke.' Nice to meet you, too, buddy. And moments before Greensky started its second set, with the uptempo Hoffman number 'Better Off,' an incredibly intoxicated young man a few rows from the stage puked everywhere, soiling (and clearing out) a large section of concert-goers."

Read on for the full story: Barf Bags and Banjos at Greensky Bluegrass.