Hannah Wicklund Started Her First Band When She Was Nine 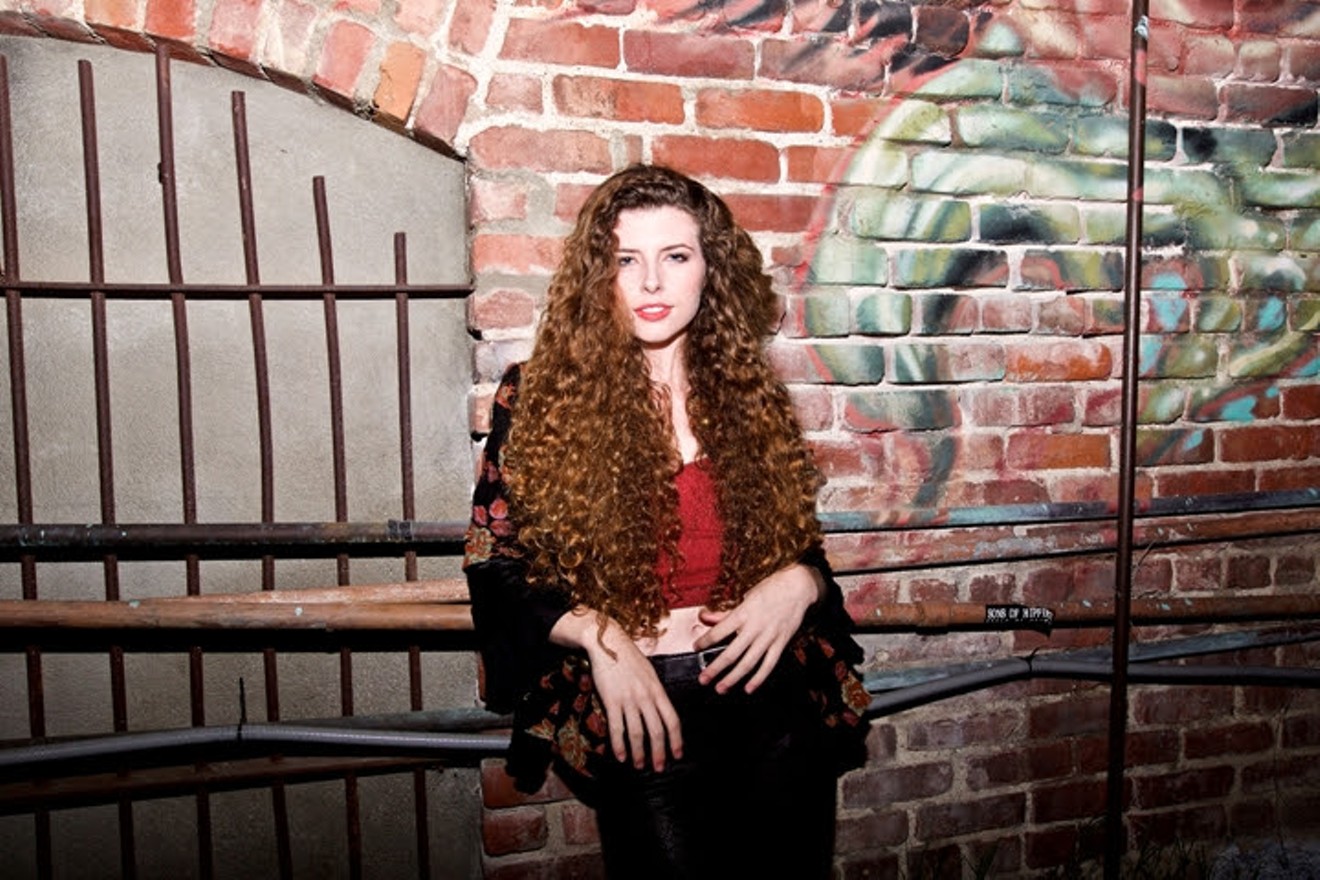 Hannah Wicklund Derrick Lee
Many, many musicians get their start when they’re very young. Maybe they’re from a musical family, maybe they take band at school, or maybe they just get the buzz from listening to the radio. Either way, kids picking up instruments at an early age is a regular occurrence.

What’s not quite so regular is one of these kids forming a band at the age of nine, but that’s exactly what Hannah Wicklund did. The classic/blues-rock guitarist and singer put her band the Steppin’ Stones together before she reached double digits.

“I started playing piano when I was really young, and I grew up in a really musical household,” Wicklund says. “I had the best parents that I could have had. My mom’s an artist, so she’s super-creative. She actually did the artwork for my new album cover. My dad got me and my brother into music early on. When I was four, my brother was forming his first band, the Gnomes. I was in bars watching my brother play. When I was eight, I started playing guitar. Six months later, I told my dad that I wanted to start a band, and I did.”

That’s frankly staggering. Having the self-discipline and presence of mind to not only learn an instrument at nine, but to start a band when most kids of the same age are worrying about not much more than video games and popular TV shows is mighty impressive. Naturally, Wicklund's sound and style have evolved between then and now.

“It’s definitely changed,” she says. “I’ve always written original music, even when I was really young. I have journals from when I was four years old, and I would write songs. It just came super-natural to me. My mom would make up songs; she’s no musician, but she would make up songs and sing to the dog and the ferret and stuff. I think that’s where I got it from.”

While her mom was singing to the ferret, dad was introducing Wicklund to blues-rock greats.

“My dad is the one who showed me all of my music growing up,” Wicklund, now twenty, says. “He’s the one who was playing the Rolling Stones, Fleetwood Mac and Tom Petty. I remember being very young, and he showed me Susan Tedeschi, who was the female guitar player I really looked up to, and I still do. That’s where a lot of my blues-rock influence came from. I was covering [Tedeschi’s] ‘Rock Me Right’ when I was eleven years old. I didn’t even know what I singing about, and then I caught on. That’s really where my blues-rock sound comes from, because we were a cover band initially.”


Wicklund says that it’s the authenticity, the innate desire to stand up for the little guy, that attracted her to Petty, the Stones, Tedeschi and the like. It’s an attitude that she’s tried to feed into her self-titled debut solo album, which just dropped. Wild, raunchy, punchy and technically dazzling, it's a breathless piece of work. The frontwoman says that she’s delighted with the way it turned out.

“I wanted to put it out myself,” she says. “We’re a very DIY kind of team. Only in the last year have we gotten a publicist. I’m very pleased. We worked with an awesome producer, Sadler Vaden, who actually won two Grammys last week for his work with Jason Isbell & the 400 Unit. I do not think that the album would have sounded the same or even close if he hadn’t been a part of it. The week our album came out, Spotify put me on my first playlist. I’ve never been on Spotify, so it’s this big unknown world to me. We’ve had good feedback so far, so that always feels good.”

Wicklund is currently in the middle of a national tour that hits Denver on Friday, February 23. The trek is tagged the Sibling Rivalry tour, because Wicklund’s brother Luke Mitchell is also on the bill with his band the High Divers.

“It’s an absolute blast,” Wicklund says. “He’s seven years older than me, so we didn’t really have much quality hang time when we were young. We never even played music together, because we were both always doing our own thing. My brother’s been gigging out constantly since he was twelve years old. This is the first time that we’re actually doing something together related to music. It’s going really great. I love his band — they’re really a great, genuine group of people. That makes touring about 100 times better.”

In addition, Mitchell is playing drums for Wicklund in the Steppin’ Stones, though that isn’t a permanent arrangement.

“I started the band, and I’ve had different guys over the years,” Wicklund says. “I’m looking to get my full lineup. I just haven’t found the right ones yet.”

Whoever Wicklund has alongside her, she’s going to be worth checking out at the Marquis. She has a sister living in Boulder, so there will be even more family in the room. As for the set, expect a lot of new music.

“That’s definitely the goal of this tour: I’m trying to spread the gospel on some of my new songs,” Wicklund says. “Within the set, I try to take it on a journey. I really think about it. My brother and I are doing a few collaborations on some stuff that we grew up on, which is really fun. It definitely has the family spirit.”

After that, Wicklund aims to spend as much of 2018 on the road as possible.

“That’s the goal every year: to stay busy,” she says. “I love playing live — that’s my absolute favorite thing to do. When I’m not on tour, I don’t know what to do with myself.”