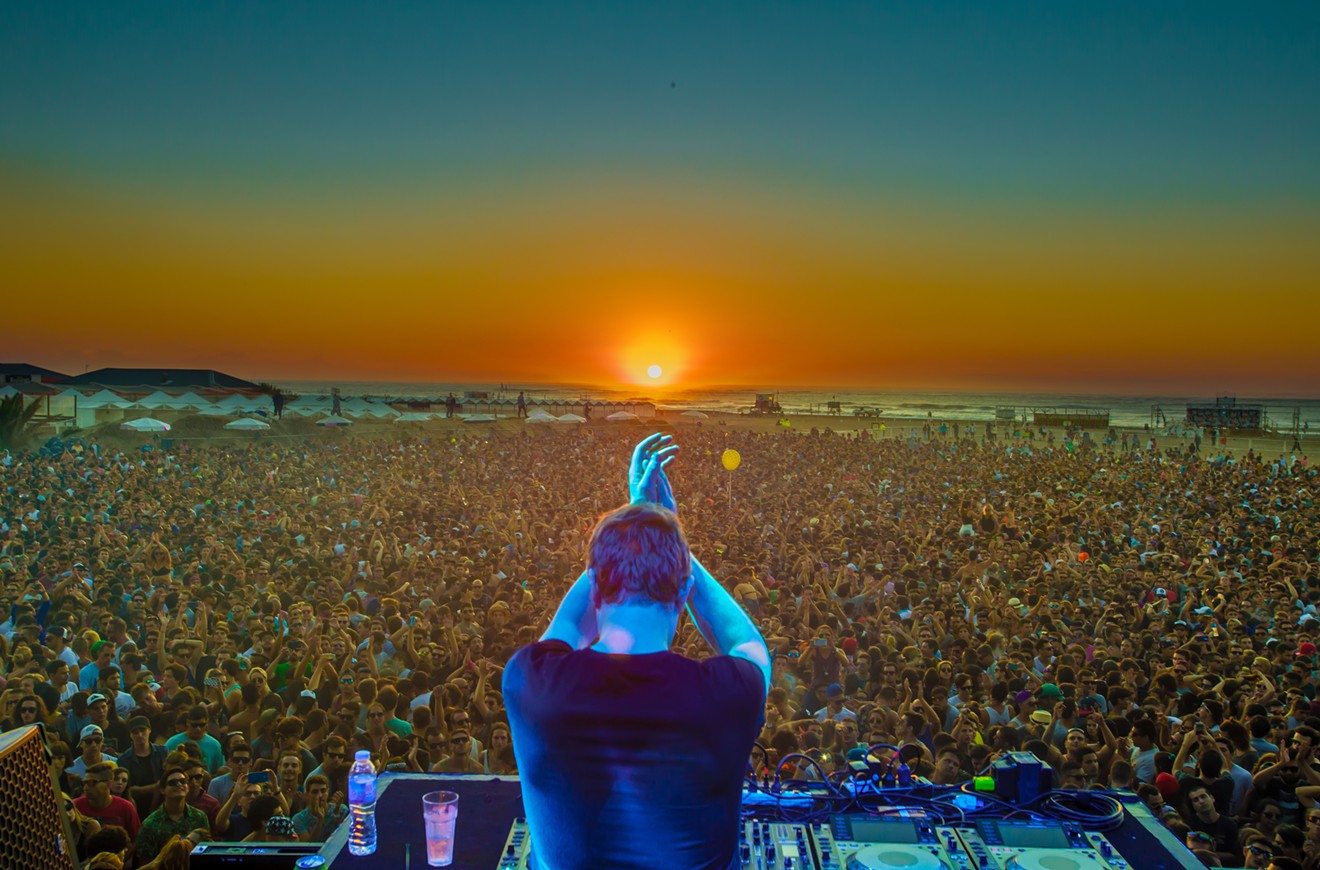 John Digweed continues to set a high bar for EDM. Paradigm Agency
At the ripe age of fifty, world-renowned prog and tech house master John Digweed is as fresh as ever. With a jam-packed touring schedule and a busy day-to-day, the veteran remains relevant in a scene he’s dominated for more than thirty years. In July alone, the English DJ has booked gigs in Denver (he headlines Thursday Night Service this week at the Church nightclub with support from Chris Fortier and Milkman), San Francisco, L.A., Ibiza, Athens and Belgrade. After all these years, what keeps fans coming back for more?


Banger sets at international festivals
With ULTRA (Miami, Singapore and Japan), BPM Festival, Electric Daisy Carnival, DEMF and Glastonbury on his 2017 roster, Digweed keeps his worldly fan base satisfied by billing festival sets around the globe. And even though there’s nothing quite like an intimate club night with Digweed manning the mood music, he still has a way with the big stage. His style, a mix of mesmerizing lulls, perfectly timed peaks and amplified drops, is universal and speaks to electro fans everywhere.


Reunions with his partner-in-crime
There ain’t no party like a Sasha & Digweed party, according to any old-school house fan still dancing today. The duo, which has produced a handful of compilation albums together, has a palpable style and a synchronized energy unlike any other. For both seasoned fans of the scene and newcomers alike, Digweed and Sasha continue to periodically reunite to feed off each other’s newfound flair.

Read on for more reasons John Digweed keeps raising the bar for EDM.

next
KEEP WESTWORD FREE... Since we started Westword, it has been defined as the free, independent voice of Denver, and we'd like to keep it that way. With local media under siege, it's more important than ever for us to rally support behind funding our local journalism. You can help by participating in our "I Support" program, allowing us to keep offering readers access to our incisive coverage of local news, food and culture with no paywalls.
Make a one-time donation today for as little as $1.
Tracy Block hails from Miami, and transplanted to Colorado in 2015. After a long-enough stint in the mountains, she knew it was time to reenter city civilization, and decided to settle in the progressive arms of Denver. A gluten-free foodie and a self-proclaimed wine snob, Block is always up for the next-best happy hour – dollar oysters and rosé, anyone?
Contact: Tracy Block