The Lollygags Have Enjoyed the Shutdown (But Don't Tell Anybody) 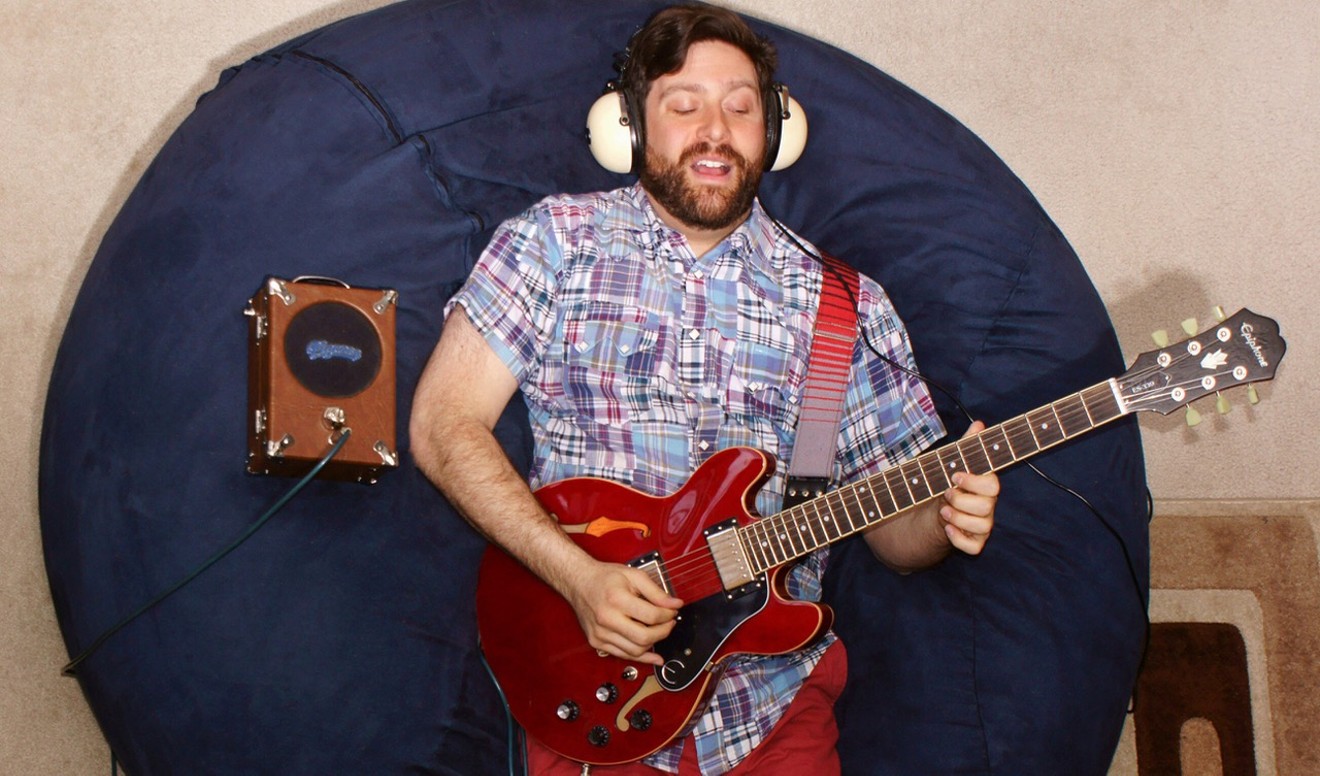 The Lollygags are back with a new EP, Old, New Borrowed. Tammy Ealom
Jonathan Snyder of The Lollygags is trying hard to avoid saying that the COVID-19 shutdown has been a good thing. "But it's made my life a lot easier and relieved so many stresses," he admits.

He no longer suffers from FOMO — the dreaded Fear of Missing Out that plagues extroverts who wish they could be at several places at once and never feel satisfied with where they are. While Denver used to be filled with multiple events on any given night and hard choices to be made about which to attend, now there's little to do — outside of whatever entertainment a person can scrounge up online.

Instead, he's been watching TV shows and movies and going on long walks. He's picked up the ukulele; worked on his skills as a lead guitarist, adding some Black Sabbath-Tony Iommi flair to his Keith Richards-style repertoire; and taken sketch-comedy workshops through Voodoo Comedy, which allow him to parody all of the characters he's met during fourteen years in the Denver music scene and even help him with his songwriting.

Snyder and his band, the Lollygags, had planned to drop a new EP, Old, New Borrowed, in April. They decided to move forward anyway, hoping that the shutdown might make more people care about their music. The album has two original songs and also a cover of Jonathan Richman's "Affection." It's short, sweet and catchy.

"If anything, I figured now that people have a chance to slow down, they're probably more likely to listen," Snyder says. "And if everyone streams it on Spotify a couple hundred times, I might finally be able to afford that Wendy's Frosty."

And the first song on the album, "Christian Laytner," was not named after the NBA player.

"Christian Laytner is the name of a mute homeless man who used to roam the streets of Denver in the early 2000s," Synder explains. "He could be found carrying an acoustic guitar that a friend of mine, Terry, helped him acquire. Mr. Laytner eventually died, but this friend of mine was the only person who claimed to know him or anything. So they gave my friend Terry one of the only possessions he owned: the acoustic guitar."

The Lollygags recorded the song back in 2013 as a demo and resurrected it for this project. The second song, "Grand Consolation," is the only new track on this EP.


"I guess you could say it's what happens when a guy from south suburban Denver tries to sound like Flogging Molly," explains Snyder. "It's also an anthem of sorts for those of us born of my generation — millennials, xennials, gen Xers — into a mess which we didn't create and overwhelmingly is out of our control. It sounds sad, but it's also about realizing how liberating having nothing to lose can be."

"It's a scary yet exciting time to be alive," he says. "The whole world is going to be different from now on. And the music industry is no exception, from a local to global level. It's sad that there won't be a summer concert season. And it sucks we can't hang out in person with our friends on the scene. But personally, I had thrown in the towel on this model of playing in dive bars and begging people to come pay money to watch you back in 2019. That's not an effective way to grow interest in your band.

"There's stuff I'd rather be doing anyhow," he concludes. "I know I'll play a show again eventually. But in the meantime, I'm excited to start exploring newer, more productive uses of creative energy. I'm sure there will be some sort of Lollygags live stream soon. I'd also like to explore more multimedia projects. But first, I gotta learn these Black Sabbath solos."

Hear the new EP at the Lollygags' Spotify page.
KEEP WESTWORD FREE... Since we started Westword, it has been defined as the free, independent voice of Denver, and we'd like to keep it that way. With local media under siege, it's more important than ever for us to rally support behind funding our local journalism. You can help by participating in our "I Support" program, allowing us to keep offering readers access to our incisive coverage of local news, food and culture with no paywalls.
Make a one-time donation today for as little as $1.