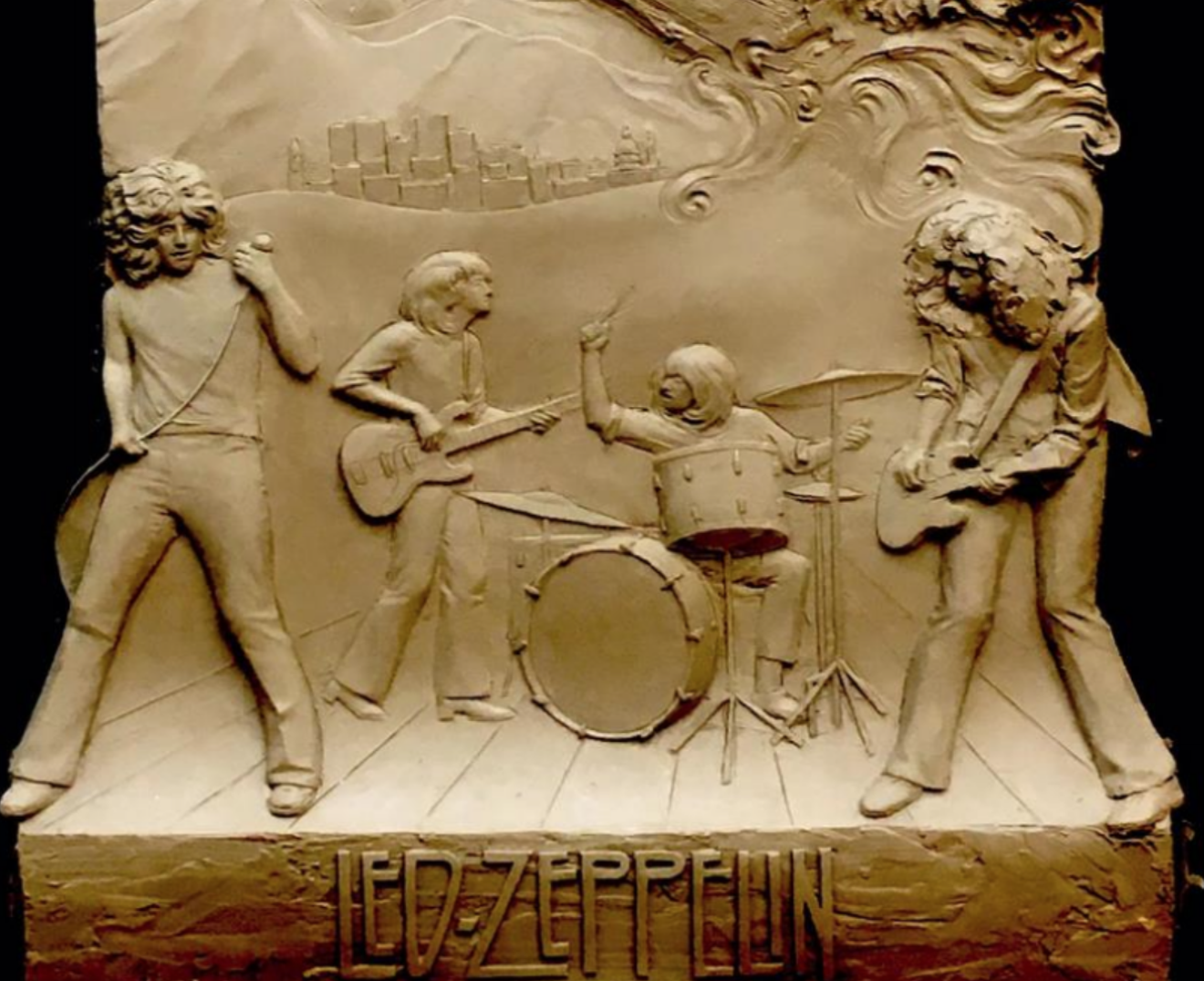 Loveland sculptor Joey Bainer is creating a plaque celebrating Led Zeppelin Day in Denver. Joey Bainer
Fifty years ago, storied Denver concert promoter Barry Fey almost turned down the chance to book a new British band to open for the group Vanilla Fudge. But the headliners, who believed in the budding act, agreed to pay half the booking fee, so Fey — always on the hunt for a good deal — took them up on it. The opener? Led Zeppelin.

At the December 26, 1968, concert, most in the crowd had never heard of the rockers, but after the show, newfound fans flooded local radio stations with requests to play Led Zeppelin songs. The rest is history.

Fifty years later, Vanilla Fudge, which has played on and off since it formed in 1965, continues performing in relative obscurity, while Led Zeppelin went on to make its mark as one of the greatest acts of the golden age of classic rock — one whose mere twelve years as a band hardly predicted the oversized influence it's had on hard rock and metal to this day. (Just listen to Greta Van Fleet's Anthem of the Peaceful Army to see — for better or worse — just how much Led Zeppelin's sound still captivates audiences born decades after the band fell apart in the wake of drummer John Bonham's death.)

To commemorate the historic 1968 performance at the Denver Auditorium (now the Ellie Caulkins Opera House), the mayor's office proclaimed yesterday Led Zeppelin Day. To celebrate, the City and County of Denver will present the Colorado Music Hall of Fame with a commemorative plaque by Loveland sculptor Joey Bainer at a ceremony in 2019.

"Congratulations to Colorado music fans and the family of concert promoter Barry Fey (inducted in 2012) for the Mayor and City of Denver's proclamation designating December 26, 2018 as Led Zeppelin Day commemorating the band's legendary 1st U.S. appearance right here in Denver in 1968,” writes Chris Daniels, executive director of the Colorado Music Hall of Fame, in a statement. “Thanks to the Mayor for helping to promote the long history of music in Colorado and to the family of Barry Fey, who had the vision to bring a young British band to Colorado for their debut concert in the U.S."

Concert promoter Feyline, now run by Barry Fey's son Tyler Fey, will celebrate the anniversary with an event co-produced by the Pineapple Agency. While details have not been locked down, the companies plan to exhibit Led Zeppelin memorabilia and host guest appearances at an "immersive" event.

Perhaps Denver will be immersed in a long-awaited and highly unlikely reunion concert...in our dreams.
KEEP WESTWORD FREE... Since we started Westword, it has been defined as the free, independent voice of Denver, and we'd like to keep it that way. With local media under siege, it's more important than ever for us to rally support behind funding our local journalism. You can help by participating in our "I Support" program, allowing us to keep offering readers access to our incisive coverage of local news, food and culture with no paywalls.
Make a one-time donation today for as little as $1.