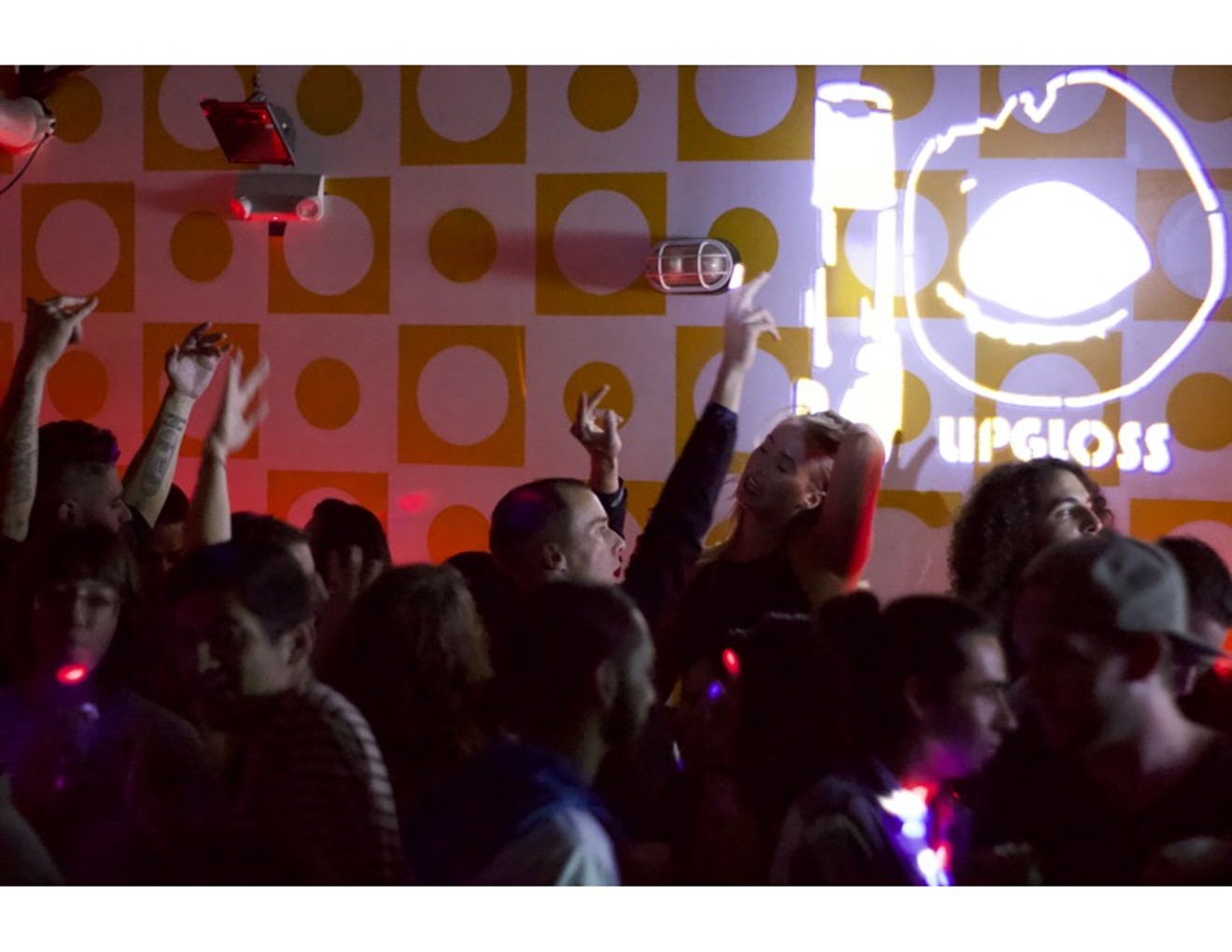 Lipgloss will be held on Fridays at HQ starting March 25. Michael Trundle
Michael Trundle has been running Lipgloss for over twenty years, but has had to move the DJ party several times in order to keep its ethos intact. And now it's taking off again: After more than six years at Milk Bar, Trundle is moving Lipgloss to HQ — taking the party back to the 60 South Broadway space where it debuted in 2001.

While Trundle, who also deejays the event as boyhollow, is grateful for plenty of fun nights at Milk, he says he had gotten one too many requests to play Drake and “Mr. Brightside” recently.

That's not to say that Trundle doesn't love the Killers — he's based his event off of deejaying mostly indie rock, and will probably continue to play that band’s songs weekly. "But the Killers have many more hits than 'Mr. Brightside,'" he notes. "I think that that's become our defining thing, just playing these Top 40 indie hits. But I want to play other stuff. That's always something Lipgloss has always relied on — being very unexpected. And I want to get back to that and find our own space again. I feel like Lipgloss is kind of losing its identity a little bit."

Lipgloss has been a Denver DJ party for more than twenty years.
Michael Trundle
Milk used to attract the more underground, goth and queer crowds for which Lipgloss has been recognized, but over the past few years, Trundle has seen far more tourists and frattier audiences that were more interested in requesting hip-hop and pop hits. "They're great, they're fun and friendly people; they dance their asses off and we're packed," he says. "But I don't feel like most of them know or care about the music I want to be playing that I love personally, or know that they're even at Lipgloss.

"They love some of what we play, but the problem is now I'm just playing more of those same songs every week instead of stuff that speaks to me, and I'm feeling stagnant," he continues. "I'm not really stretching my wings and playing stuff I really want to, because I have to keep that crowd in the room so they don't wander off to another room. I've been doing this too damn long to get stuck in that rut."

Attracting such a big crowd may have been great for the venue's business, but not for Trundle's boundless creative energy, which was also limited by being confined to one of multiple rooms. Lipgloss had previously been held in one-stage venues, allowing it to bring in big-name guest DJs, including members of the Smiths and MGMT.

"Lipgloss was always at a single-room club with one dance floor — our dance floor," Trundle explains, "and so we were really able to define our own sound and create the vibe. At Milk Bar, it's not easy to do that. There are four rooms of music, and it's getting to the point where the crowd is starting to define my music more than the other way around."

This is the fifth move for Lipgloss, which was based at 60 South Broadway — then an obscure lesbian bar — from 2001 to 2004. "On our last day there, we had Andy Rourke and Mike Joyce from the Smiths come guest-deejay for us," Trundles remembers.

At first Lipgloss was held monthly, but when it became the biggest party at the club, it turned into a weekly event. Lipgloss then went to La Rumba in 2004, where it stayed for eight years before moving in 2012 to Beauty Bar, which was located on East 13th Avenue. When Beauty Bar closed — "with very little notice," Trundle notes — Lipgloss moved to Syntax Physic Opera, now the Roxy on Broadway.

"That was just not a very good fit for either of us," he remembers. "Within about six months, I moved over to Bar Standard and Milk Bar. I've been there since Halloween of 2015." 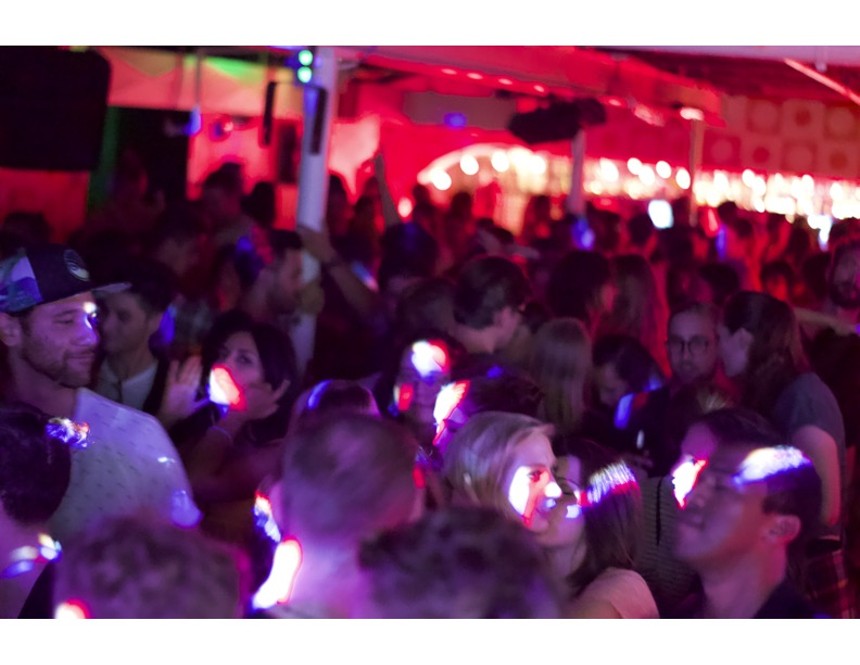 Lipgloss has had a fun run at Milk, but Trundle looks forward to a change in crowd.
Michael Trundle
When Trundle started Lipgloss with Tim Cook and Tyler Jacobson, who went on to create Mile High Soul Club, their goal was to create a unique, niche dance party that was more of a memorable experience than a typical night out. (Neither Cook nor Jacobson has been involved with Lipgloss for the past ten years.) At the time, they noticed that DJ parties around Denver were mostly genre-specific.

"There was a Brit-pop party, there was an ’80s party," Trundle recalls. "And we wanted to do something that leaned Brit pop and indie, but we also were kind of open-format and just played music that's good to dance to but doesn't need to be a specific genre. So we were playing things like soul, Frank Sinatra, the Pixies, ’60s stuff like the Rolling Stones — just all over the board.

"It has become a little more geared toward straight indie, but I'd say we're still open-format," he continues. "We just lean more on indie than we did originally. Indie's become so much more danceable over the last twenty years."

Some of the favorite events he's held over the years include both "normal" Lipgloss nights and star-powered guest DJs, including the likes of Peter Hook of Joy Divison and New Order, Carlos Dengler from Interpol, Marky Ramone of the Ramones, and Miike Snow. For an anniversary party, MGMT deejayed the event. Lipgloss also played host to a bizarre marching band, Boba Fett and the Americans, which would play music from the likes of the Beastie Boys while a frontman in a Boba Fett mask shouted the lyrics through a bullhorn. “They didn’t really go to clubs, but they always came to my club, and it was so cool. We'd just kill the music and they'd march through the club playing music,” Trundle recalls.

"There's also just been nights where we didn't have anything special, but things really jell and you're feeling the crowd and the crowd is feeling you, and it's just this overwhelming feeling of joy at the end of the night,” he muses. “And that's one of those things I'm starting to miss. I feel like we had that at Milk Bar for a time, but I just don't feel like I fit in there anymore, if that makes sense."

So Trundle broke the news to Milk on his penultimate Friday event that he would be moving to HQ in two weeks. "Just like any other job," he says, "I gave my two weeks' notice.”

He is excited for Lipgloss to dominate an entire club once again at HQ. “It’s cool that we're essentially going full circle. HQ is literally the building where I started Lipgloss almost 21 years ago,” he says. “The sound’s better there, and I'm putting some sound in, too, so we have more of a club vibe. It’s exciting to get back there. Really, the things that I'm most excited about are getting to have my own room again [and] getting to define my party rather than being defined by whatever random people happen to be at the club that night.”

Trundle is also excited to get back to booking big names to guest-deejay, and to invite more local luminaries to his party. At Milk, he hasn’t been able to book the acts he’s wanted to because there simply isn’t enough space. “I'm really looking forward to actually getting back to work [on booking] rather than just the DJ aspect of the event,” he says.

Trundle wants to create the unexpected experiences that Lipgloss became known for, with surprise sets that make the crowd come back for more. “And it's not just extra stuff like that,” he says. “It's also playing music that people aren't going to hear anywhere else. I want people to walk in and be like, ‘I didn't know what the fuck that was, but it was amazing.’ Or I want them to be like, ‘Oh, my God, I love that song. I never thought I would hear that in the dance club.’”

Lipgloss will premiere at HQ on Friday, March 25, and will take place every Friday thereafter.

Lipgloss, 9 p.m. to 2 a.m. Friday March 25, HQ, 60 South Broadway; admission is $7 after 10 p.m. See Lipgloss's last night at Milk, 1037 Broadway, Friday, March 18, 9 p.m. to 2 a.m.
KEEP WESTWORD FREE... Since we started Westword, it has been defined as the free, independent voice of Denver, and we'd like to keep it that way. With local media under siege, it's more important than ever for us to rally support behind funding our local journalism. You can help by participating in our "I Support" program, allowing us to keep offering readers access to our incisive coverage of local news, food and culture with no paywalls.
Make a one-time donation today for as little as $1.
Emily Ferguson is Westword's Culture Editor, covering Denver's flourishing arts and music scene. Before landing this position, she worked as an editor at local and national political publications and held some odd jobs suited to her odd personality, including selling grilled cheese sandwiches at music festivals and performing with fire. Emily also writes on the arts for the Wall Street Journal and is an oil painter in her free time.
Contact: Emily Ferguson