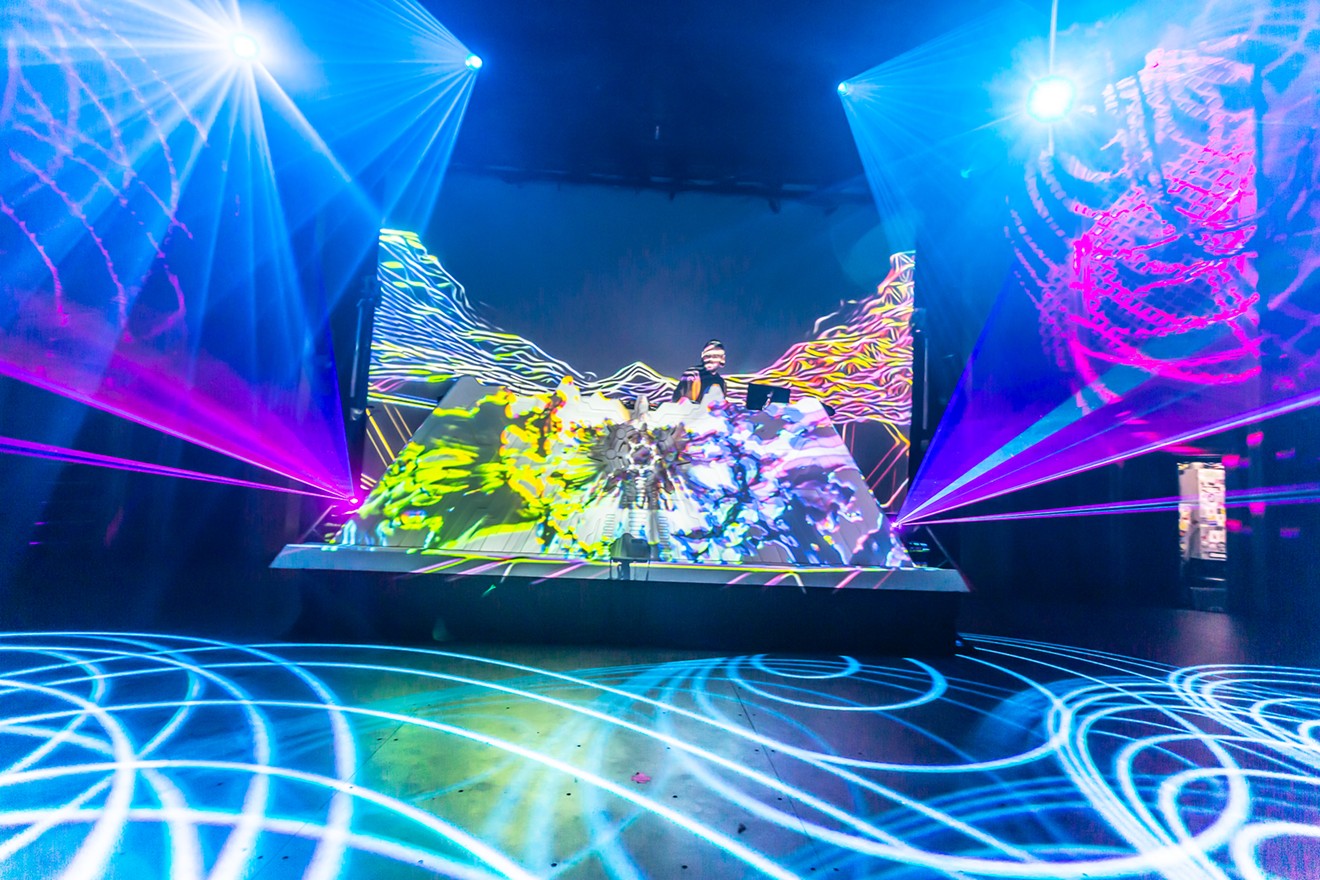 Desert Dwellers play two nights at Cervantes' Masterpiece Ballroom this weekend. Brandon Johnson
It's a good weekend for electronica, with Desert Dwellers playing two nights at Cervantes' Masterpiece Ballroom and kLL sMTH playing two nights at Black Box. Also on tap this weekend are singer-songwriter Martin Sexton in Beaver Creek and a Black History Month benefit show at Your Mom's House on Sunday with a number of hip-hop and EDM acts as well as a silent raffle; proceeds go to the NAACP.  Here's what's happening:

Annie Booth
Fridays in February, 6 & 8 p.m.
Nocturne, 1330 27th Street
$25
Following a difficult and volatile year in our country, the optimistic words "hope" and "abundance" will be the inspiration for pianist and composer Annie Booth's series, which she'll perform on Friday nights in January and February.

Denin Koch & Beta Particle
Friday, February 19, 6:30 p.m.
Dazzle, 1512 Curtis Street
$10-$20
Jazz guitarist and composer Denin Koch has performed with Wycliffe Gordon, Dee Daniels and the Spokane Symphony Orchestra (as a soloist) and recorded with trombonist Bob Curnow, who was a member of the Stan Kenton Orchestra. The concert will also be livestreamed.

Poor Moxi
Saturday, February 20, 9 p.m.
Globe Hall, 4483 Logan Street
$24-$72
Poor Moxi is lining up covers (from Dua Lipa to Arctic Monkeys) and originals that are all love-themed for this post-Valentine's Day show.