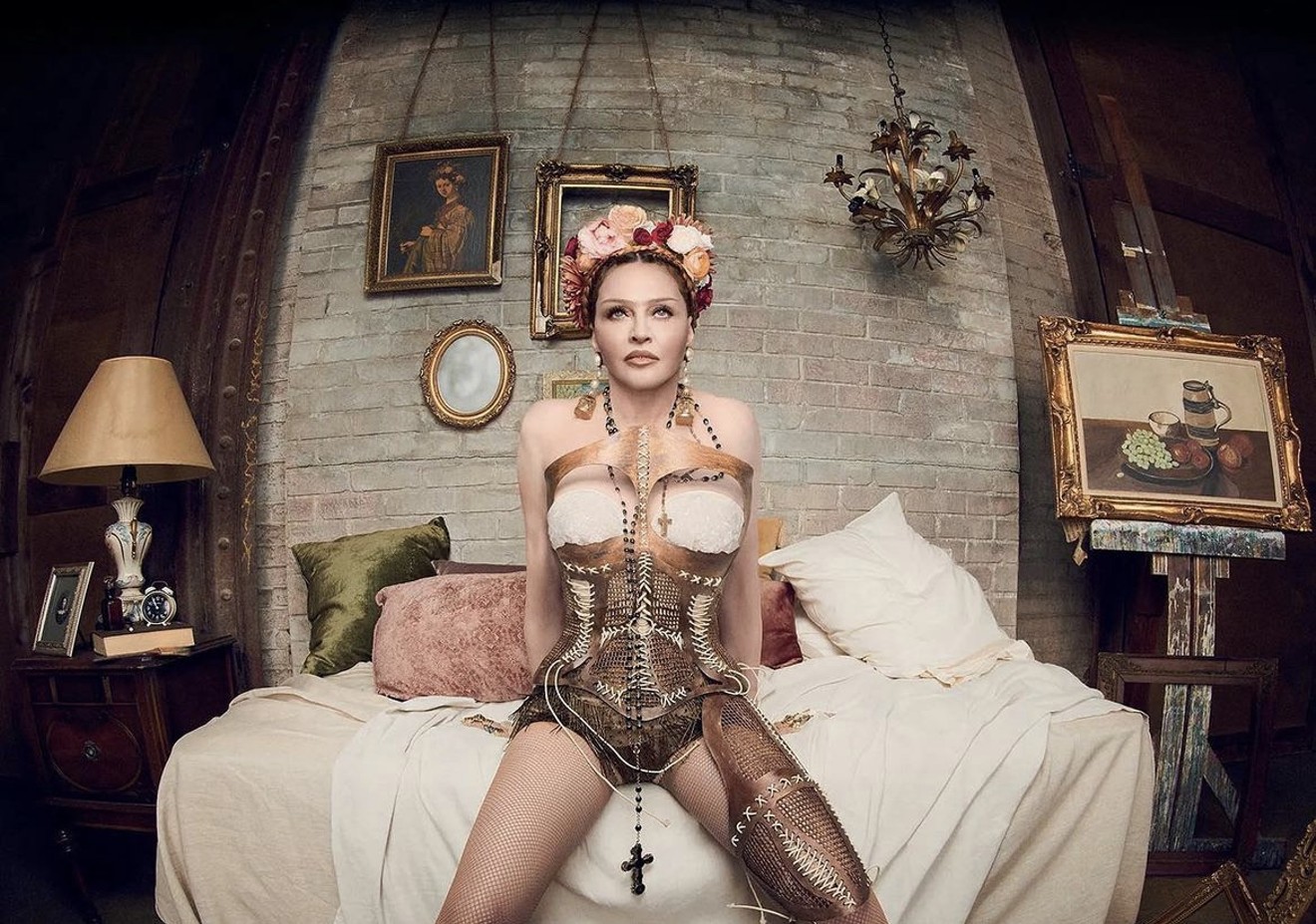 Madonna poses for European Vanity Fair. Instagram
"Come join the party!" Madonna wrote on Instagram January 17, as she announced that she will embark on a tour this year to celebrate the fortieth anniversary of the start of her music career.

The Queen of Pop will hit 35 cities around the globe, including Denver; she'll bring vogue to Ball Arena on Tuesday, July 25. "Icon pre-sale" tickets go on sale Monday, January 23, at 10 a.m., while all tickets will drop on January 27 at 10 a.m.

The Celebration tour will showcase all of Madonna's greatest hits, from her self-titled 1983 debut to 2019's Madame X. As her announcement revealed, Madonna also appears on the cover of Vanity Fair's first European Icons issue, a great fit for the pop star whose hits include "Vogue," "Hung Up," "Like a Virgin" and "Material Girl."

The world tour will also include special guest Bob the Drag Queen, the winner of RuPaul's Drag Race season eight and co-host of the podcast Sibling Rivalry with Monét X Change.

See all of the Celebration Tour dates on Madonna's website.
KEEP WESTWORD FREE... Since we started Westword, it has been defined as the free, independent voice of Denver, and we'd like to keep it that way. With local media under siege, it's more important than ever for us to rally support behind funding our local journalism. You can help by participating in our "I Support" program, allowing us to keep offering readers access to our incisive coverage of local news, food and culture with no paywalls.
Make a one-time donation today for as little as $1.