Is WesDawg the Future of Denver Rap? 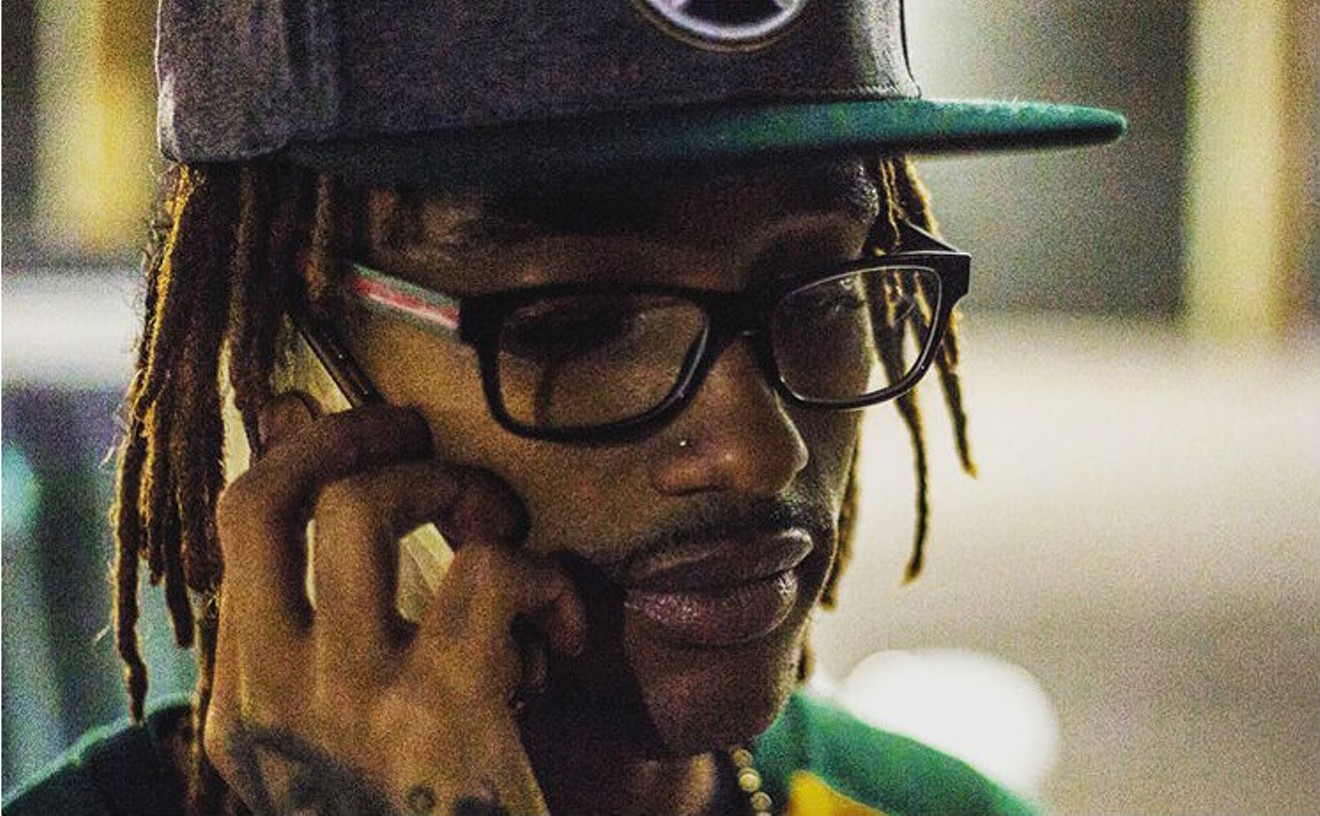 WesDawg is pushing the boundaries of Denver rap. Courtesy of artist

In January, we included WesDawg in our list of the “Ten Best Denver Hip-Hop Artists to Watch in 2017,” not least because of the killer tunes we discovered on his Soundcloud page. “With his distinctive style, WesDawg could be Denver’s answer to Danny Brown,” we said. “Blessed with a similar level of inventiveness, Dawg writes lyrics that are incisive and smart.”

We weren’t wrong. Songs like “What Are We Doing” are not your typical contemporary rap fare; like Brown, WesDawg has a unique voice and a style that can switch from chill to pissed at the drop of a hat. We wanted to dig a little deeper, so we spoke to him prior to his upcoming set at Cervantes’ Other Side.

Westword: When did you start rapping, and then viewing it as a potential career?

WesDawg: I started four years ago. At the time, I was finding my style. After a year or two passed by, I found my style and started taking it seriously from there. I started finding better producers, engineers and things like that to help with my craft.

Who were your early influences?

My favorite artist is Lil’ Wayne, but I’m very versatile. I also listen to Kendrick Lamar and Drake. Those are my top three that I listen to today.

What was your first recording / mixtape?

The first thing I put on tape was my first mixtape, Smokers Mixtape 1. I released that three years ago, when I was about 22.

How has your sound evolved over the years?

I have grown a hell of a lot, as far as my vocab, storytelling, spitting out the type of beats that fit me, and my style. My flow’s there. I feel like I’m to the next level now.

Describe your own style…

What do you think of the current state of the Denver scene?

The Denver rap scene is cool right now. I feel like a lot of artists out here don’t support each other, though. Everybody should be supporting one another, but that’s not how that goes. But it’s pretty good. There are a lot of cool artists out here. I just stick to myself and my team, and try to build around that.

Why do you think that support doesn’t happen?

A lot of people out here feel like they’re better than the next person — that’s why the support isn’t too great. If I go to another city, that city will support me more than my own city. Here, they’ll say I’m cool, but then there’s no love. There are a lot of artists that are pretty dope here, but they get overlooked.
If you could collaborate with anyone that you haven’t as of yet, who would you choose?

I would work with AP. I haven’t yet. We’ve been talking, and we’ve got some things in the works.

Do you subscribe to the popular belief that Trump’s presidency is heralding a golden period for hip-hop as well as punk?

What can we expect from your set [in Denver]?

I’m gonna perform some new music off my project I’ve got coming up. More details on that soon.

I’ve got some videos dropping. I plan on dropping two to three. I’m gonna be in Vegas in March, shooting a video for my brother. He does music, production and photography.