Nik Bärtsch's Ronin and the Art of Ritual Groove Music 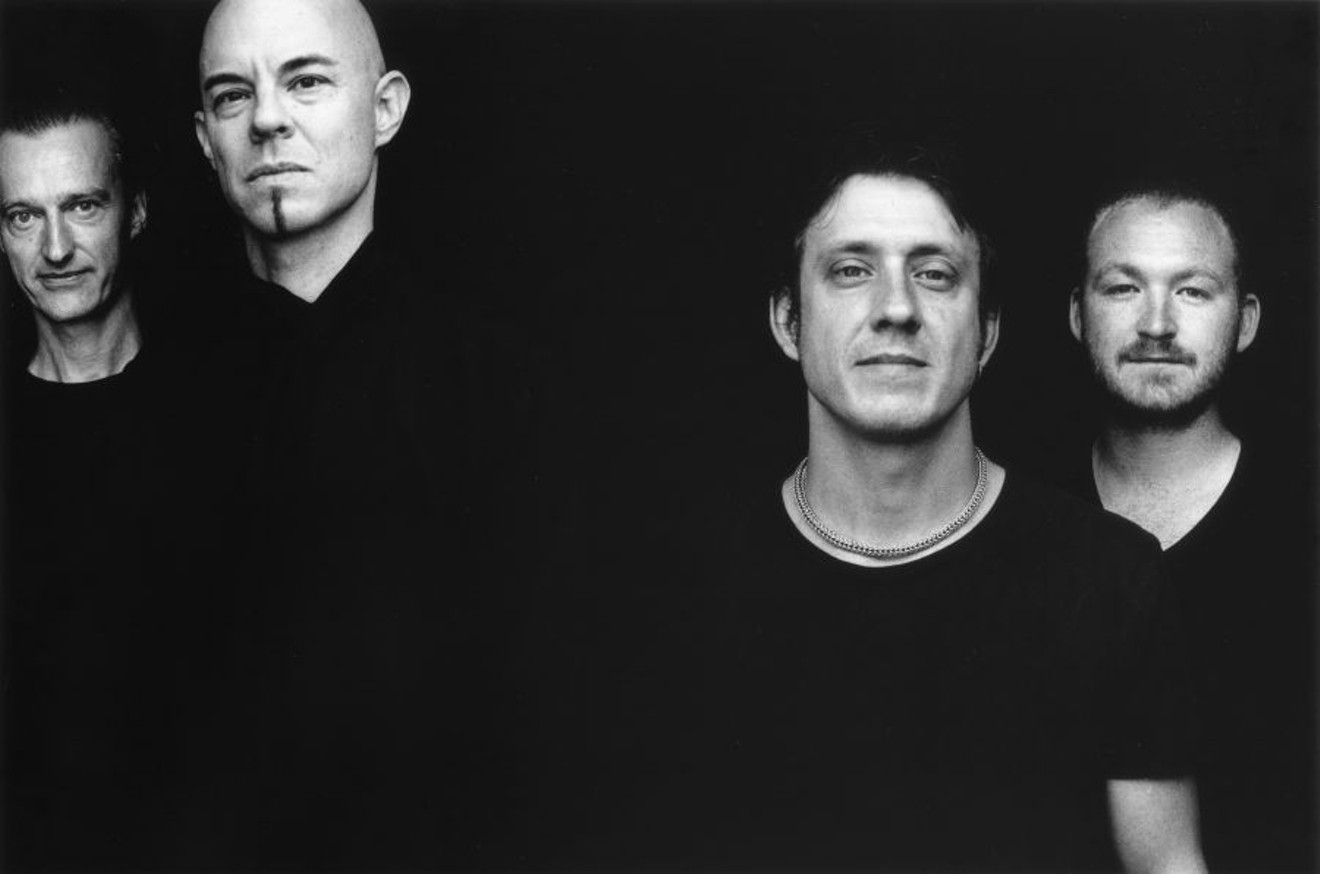 Nik Bärtsch's Ronin performs at Dazzle on Wednesday, October 24. Martin Möll/ECM Records
When Swiss pianist Nik Bärtsch formed his Zen-funk group Ronin in 2001, his vision was to create the maximum effect by minimal means. Many of his pieces — “Moduls,” as he calls them — adhere to his idea of ritual groove music that is created around minimalist repetitive patterns built upon grooves.

“I think it’s very interesting if you have very obviously reduced material, and then...a very special miraculous plant grows out of that, so that you see with what little material you can do something [with],” Bärtsch says. “I think for a composer, very often it is interesting to do something with really little material. The challenge is much bigger to bring something out of that and create an interesting structure rather than just adding a lot of ideas, because I think a creative person has very often too many ideas.

“But to reduce them and then find its potential, find the spin of a certain pattern and check that pattern out like it would be a little rhythmic being or a melodic being or a harmonic being and then see what this being can offer and how it develops and where it goes — that is a fantastic strategy for composers, but also for bands who play and work together and improvise together.”

Through hundreds of regular Monday night gigs over many years at Exil, the club Bärtsch co-founded in his home town of Zürich, Ronin has developed into an extraordinarily tight ensemble, which seems necessary for the demanding nature of some of Bärtsch’s compositions.

“It’s kind of a training, but it’s also this old spirit of working bands who, especially in jazz and groove music, also need the live performance to develop the band and the possibilities,” he says. “I mean, you can have a score and you can train that and you can rehearse it, but to have this ritual of really playing also in front or respectively with an audience is very essential to slowly develop things very naturally. And as we know in these days, it’s very difficult to create the working band that has enough opportunities to develop that.”


Through these Monday night gigs, Ronin rehearses the pieces, checking to see whether everything works structurally, as Bärtsch thought it would, working out challenges or feeling the weaknesses in the dramaturgy of the pieces.

“Also, how the piece moves in a whole program,” Bärtsch says. “And then over the years, they appear and disappear and they develop a lot, so some piece we play already since like fifteen years or so, they still develop a lot. Also, of course, because the concept of the music is that they can develop in several parts. But also because the band surprises itself. Every member has ideas and changes in the perception of the music and the way that the person plays the instrument. So that all has an influence that you cannot put into a score. It happens out of the groove organism.”

Some of those pieces performed during those Monday night sessions are included on Awase, Bärtsch’s latest effort on ECM Records; the album also features drummer Kaspar Rast, bassist Thomy Jordi and bass clarinetist and alto saxophonist Sha (born Stefan Haslebacher). "Awase" is a term from aikido that means “moving together,” matching energies — something with which Bärtsch, who has long trained in martial arts, is quite familiar.

The martial arts training not only keeps Bärtsch in shape for what can be physically demanding music, but it makes him “stay focused, to stay connected, to come into that cooperation and partnership mood and also deal with a lot of aggression, competition on all these things,” he says. “It is essential to regularly train and to just keep your mind also in good shape through physical training that is very connected to the mind and to the spirit.”

On “Modul 58,” from Awase, Bärtsch says it’s important that he stays in the mode between being relaxed and being focused.

“It’s actually important that when you have these overlapping cycles that you really can enjoy the interlocking of the different rhythms and meters, and that you’re not too stiff and structural, but very natural playing that stuff,” he says. “To have the focus, but at the same time, this connection and openness and presence that allows the band to really go into phrasing and to a flow of togetherness — to come to a certain point where the ecstasy spins out of the band and into the development of the piece.”

Nik Bärtsch's Ronin, 6:30 and 9:30 p.m. Wednesday, October 24, Dazzle, 303-839-5100, $22-$30.
KEEP WESTWORD FREE... Since we started Westword, it has been defined as the free, independent voice of Denver, and we'd like to keep it that way. With local media under siege, it's more important than ever for us to rally support behind funding our local journalism. You can help by participating in our "I Support" program, allowing us to keep offering readers access to our incisive coverage of local news, food and culture with no paywalls.
Make a one-time donation today for as little as $1.