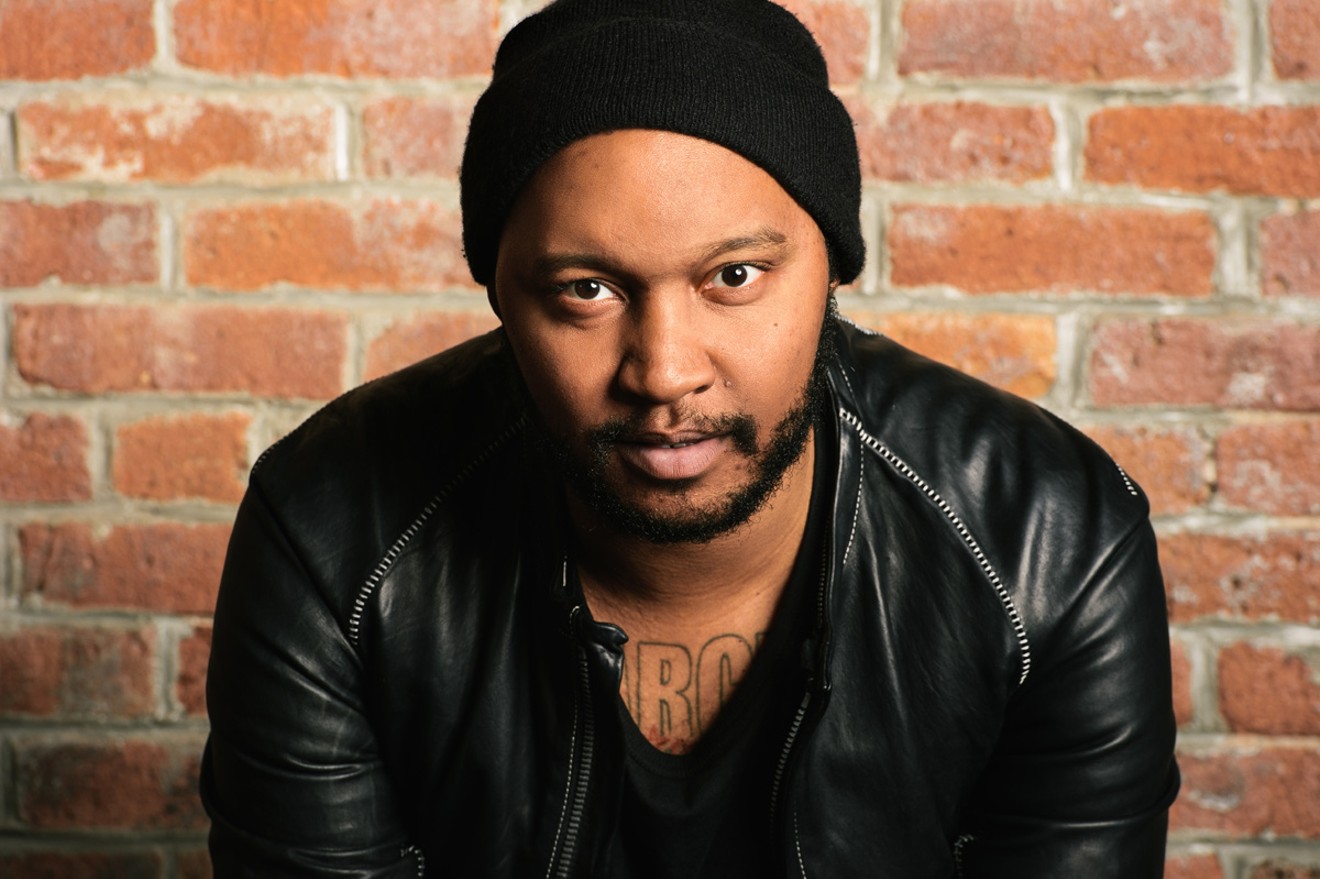 P.O.S. performs at the Marquis Theater, Wednesday, March 15. Chad Kamenshine
P.O.S., born Stefon Alexander, started playing music in punk bands like Om, but by the turn of the century was doing hip-hop. He's a founding member of Doomtree, a hip-hop collective that began as a production project and turned into one of the most successful underground hip-hop crews of recent years. P.O.S.'s musical interests have stayed diverse, and in addition to his membership in the punk bands Building Better Bombs, experimental/noise band Marijuana Deathsquads and Doomtree, he has proven himself as a solo hip-hop artist pushing the genre into new sonic territory.

Ahead of his Wednesday, March 15, show at the Marquis Theater, we spoke with Alexander about riot grrrl renegade Kathleen Hanna appearing on his new record, 2017's Chill, Dummy (an admonition to himself more than anyone else), his thought-provoking lyrics and unconventional songwriting style, the impact of a 2014 kidney transplant on his music, and how having Bon Iver frontman Justin Vernon on his records is about friendship, not a clumsy attempt at marketing.

Westword: Kathleen Hanna is on your new record?

Stefon Alexander: Yeah. We lucked out! She's a legend, and my manager reminded me she had gone through some health stuff, too. I asked her if she could do it, and she asked for the lyrics, and she was into it. That's the coolest part about it was that she insisted on hearing the demo and seeing the lyrics before she would agree to it. Which I thought was commendable. I sent her a ton of lyrics and some about super-position and the science part of it. She sent me a lot more material than I was able to fit into the song.

What is her significance as an artist to you?

For anyone that came up in the era [when Bikini Kill was around], she was unavoidable. I heard that Courtney Love punched her once, and I didn't listen to anything Courtney Love did for the rest of my life. It's not just the lyrics, but the vibe. Her sense of abandon. Being sexy but inverting sexuality and making it not about sexuality and about being you. There's a lot of really cool parts of her as a person. She could be studied for the different movements she accidentally started.
When you were recovering from your kidney surgery, did you think about things you hadn't examined more deeply before that you wanted to put into your lyrics?

Definitely. But I don't know how to write a linear song. I'm more like an MF Doom in that I have a general vibe I'm going for, and then I start writing lines. Macklemore has this song about a thrift shop where the verses and choruses are about the same thing and easy to follow when you're listening to it. I wish I could write like that. But I've always been more about a grand idea where a chorus will encompass what I'm saying. I say what I want to say, but I try not to forget about poetry, and I try to remember that people don't necessarily take my words the way I intended  them. I leave a lot of things open-ended. And I keep my own secrets and my own codes going and let other people make my songs into what they want them to be.

Roddy Piper, who recently died, has that line in They Live about showing up to kick ass and chew bubble gum and being all out of bubble gum. Is that reference to that film with the song title "Roddy Piper" a commentary about the nature of the world today?

That line especially. People who know They Live are going to pick that up. People that don't know that movie won't even know what I'm saying, probably.

Is that movie still interesting and relevant to you three decades later?

It still resonates. It's a little ham-fisted, but it's about paying attention to the secret codes and dog whistles around you and navigating this capitalist hellhole into a new paradise.

Your lyrics, even those that are more politically minded, aren't topical. What inspired you to write about those subjects that way?

I don't know that I was inspired to write that way; that's just the style I developed as a writer over time. Some of my favorite writers in hip-hop are the same. They have a concept they're going for. Like MF Doom and Aesop Rock. People that explore big ideas in short, clever bursts like MF Doom or explore big ideas in the most complicated, long-form bursts ever, like Aesop Rock. I only wanted to be people like that, but I like the flow of mainstream rap. Putting mainstream cadences over cars smashing into each other's beats feels cool to me.

Justin Vernon has contributed to at least a few of your records, and you are in Gayngs together. But many people probably don't necessarily associate Bon Iver with the kind of music you make. What does he bring to your music?

He brings his really cool voice. He has a great ear for melody. He's a friend, and I typically just work with my friends. I do work with people who aren't my friends, but usually because I'm shooting in the dark hoping for magic to happen. I'm not interested in finding the hottest rapper and finding a budget to get that rapper on my track. I'm not trying to play the game I'm not trying to play.